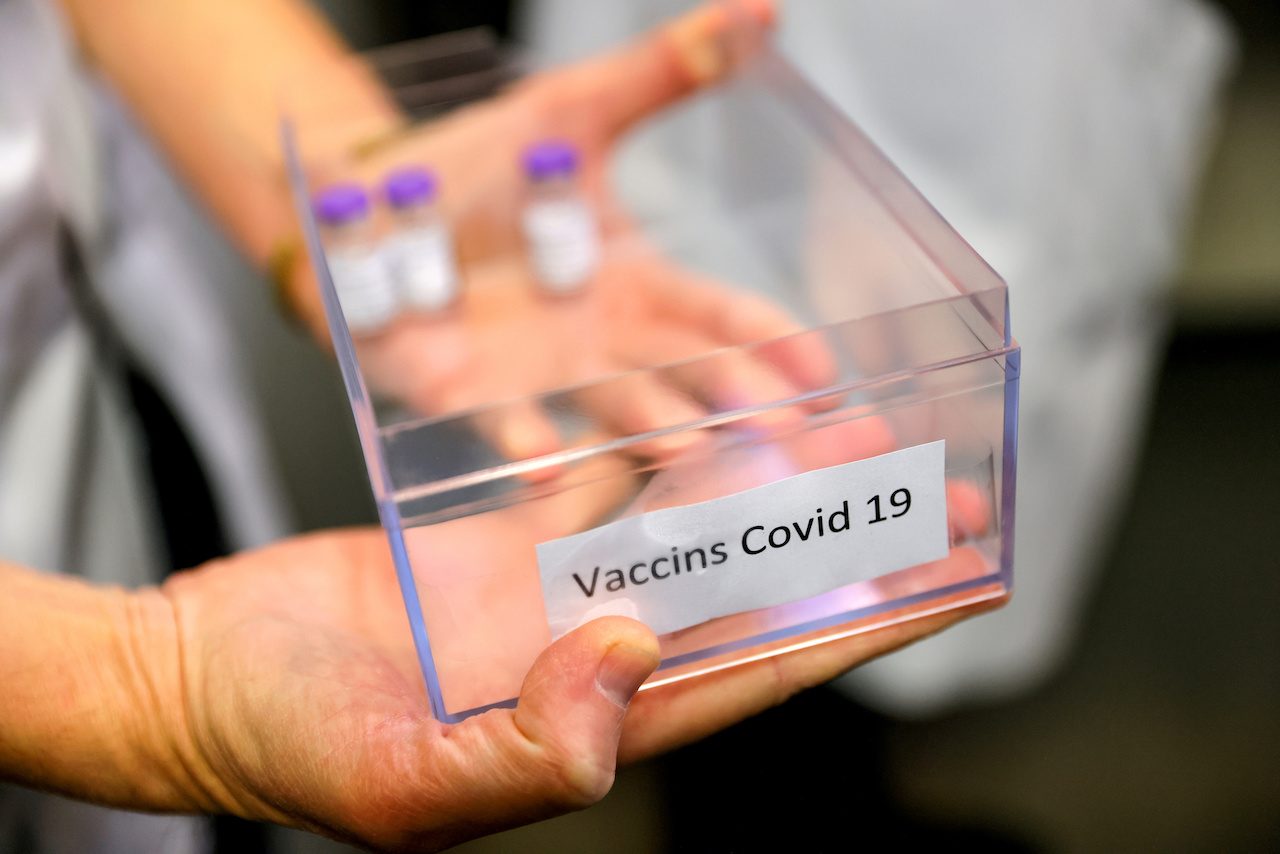 SURPLUS. Doses of the Pfizer-BioNTech coronavirus disease (COVID-19) vaccine are prepared at the Rene-Muret hospital in Sevran, on the outskirts of Paris, France, December 27, 2020.

The European Union wants to set up a mechanism that would allow the sharing of surplus COVID-19 vaccines with poorer neighboring states and Africa, the EU health chief said on Tuesday, January 19 – a move that may undercut a WHO-led global scheme.

With a population of 450 million, the EU has already secured nearly 2.3 billion COVID-19 vaccines and candidates from 6 companies, although most of them still need regulatory approval.

“We are working with member states to propose a European mechanism to share vaccines beyond our borders,” Health Commissioner Stella Kyriakides told EU lawmakers on Tuesday, confirming a Reuters report from December.

She stressed the mechanism would get vaccines to poorer countries “before COVAX is fully operational,” referring to the global scheme co-led by the World Health Organization set up last summer to ensure a fair distribution of COVID-19 shots across the world.

COVAX is operational but has so far struggled to secure vaccines. It announced in December deals for nearly 2 billion doses, but the largest portion of these shots has been pledged by vaccine makers under non-binding accords because COVAX is currently short of money to book them in advance. “Firms will not give you doses if you don’t pay in advance,” a senior EU vaccine negotiator said on condition of anonymity, noting that the EU initiative was the result of COVAX having fallen short of expectations.

Internal documents seen by Reuters showed in December that COVAX co-leaders saw high risks of failure for the mechanism because of insufficient funds and complex contractual arrangements.

The WHO has warned of risks to fair distribution caused by rich nations’ hoarding of available shots, but publicly remains upbeat about COVAX and the possibility of delivering the first vaccines this quarter.

“This mechanism would act as a single point for requests and a pipeline through which initial doses can be provided, possibly through COVAX,” an EU Commission document published on Tuesday said.

It is however unclear whether the EU will donate or sell its excess doses and when vaccines could be made available to partners outside the 27-nation bloc. Sweden has established a mechanism to sell its surplus vaccines. Decisions on sharing vaccines are taken by EU governments. – Rappler.com