The United States has imposed sanctions over 24 Chinese companies and its officials, citing their role in the militarization and reclamation of maritime features in the South China Sea.

The move was the latest step in Washington’s efforts to take punitive action against China for its encroachment in the volatile waterway and what has been described as the Asian giant’s “completely unlawful“ expansive maritime claims across most of the South China Sea.

Why it matters: “Since 2013, the PRC has used its state-owned enterprises to dredge and reclaim more than 3,000 acres on disputed features in the South China Sea, destabilizing the region, trampling on the sovereign rights of its neighbors, and causing untold environmental devastation,” US State Secretary Mike Pompeo earlier said.

The US Department of Commerce said the dredging and construction of certain outposts also violated the Philippines’ sovereign rights which the Permanent Court of Arbitration affirmed in a 2016 ruling the Philippine won against China.

U.S. says sanctions for China over South China Sea aggression ‘not off the table’ 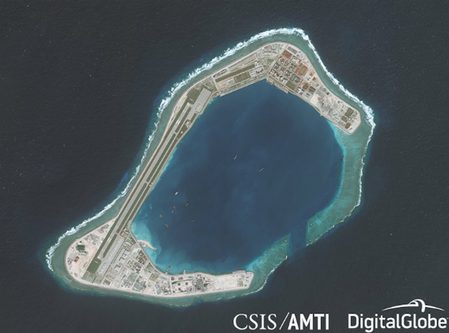 Why there are sanctions: Pompeo said individuals included were “responsible for, or complicit in, either the large-scale reclamation, construction, or militarization of disputed outposts in the South China Sea, or the PRC’s use of coercion against Southeast Asian claimants to inhibit their access to offshore resources.”

As for the 24 firms, Commerce Secretary Wilbur Ross said the entities designated  “have played a significant role in China’s provocative construction of these artificial islands and must be held accountable.”

The named companies include several subsidiaries of the China Construction & Communications Corporation, one of the main contractors in Beijing’s Belt and Road initiative.

Locsin wants termination of deals with Chinese firms on US blacklist 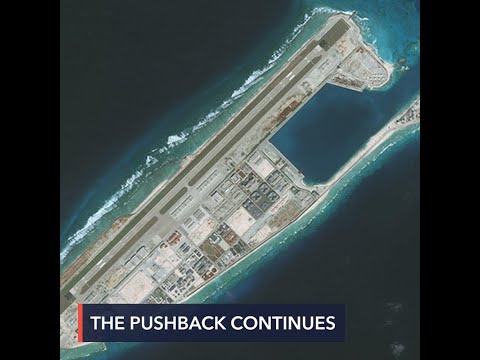 What comes next: Companies that were added to the state’s entity list that are banned from exporting American technology and products, unless special permission to do is obtained.

In addition, Pompeo said individuals associated with the South China Sea operations will be barred from the US while their family members may also face visa restrictions.

In the Philippines, Foreign Secretary Teodoro Locsin Jr said that he would “strongly recommend” the termination of local contracts with Chinese firms blacklisted in the US.

“If they were in any way involved in the reclamation then it becomes consistent in our part to terminate any contract with them,” Locsin said. CCCC has been awarded at least one Philippine contract for the construction of an international airport in Sangley Point, Cavite. – Rappler.com