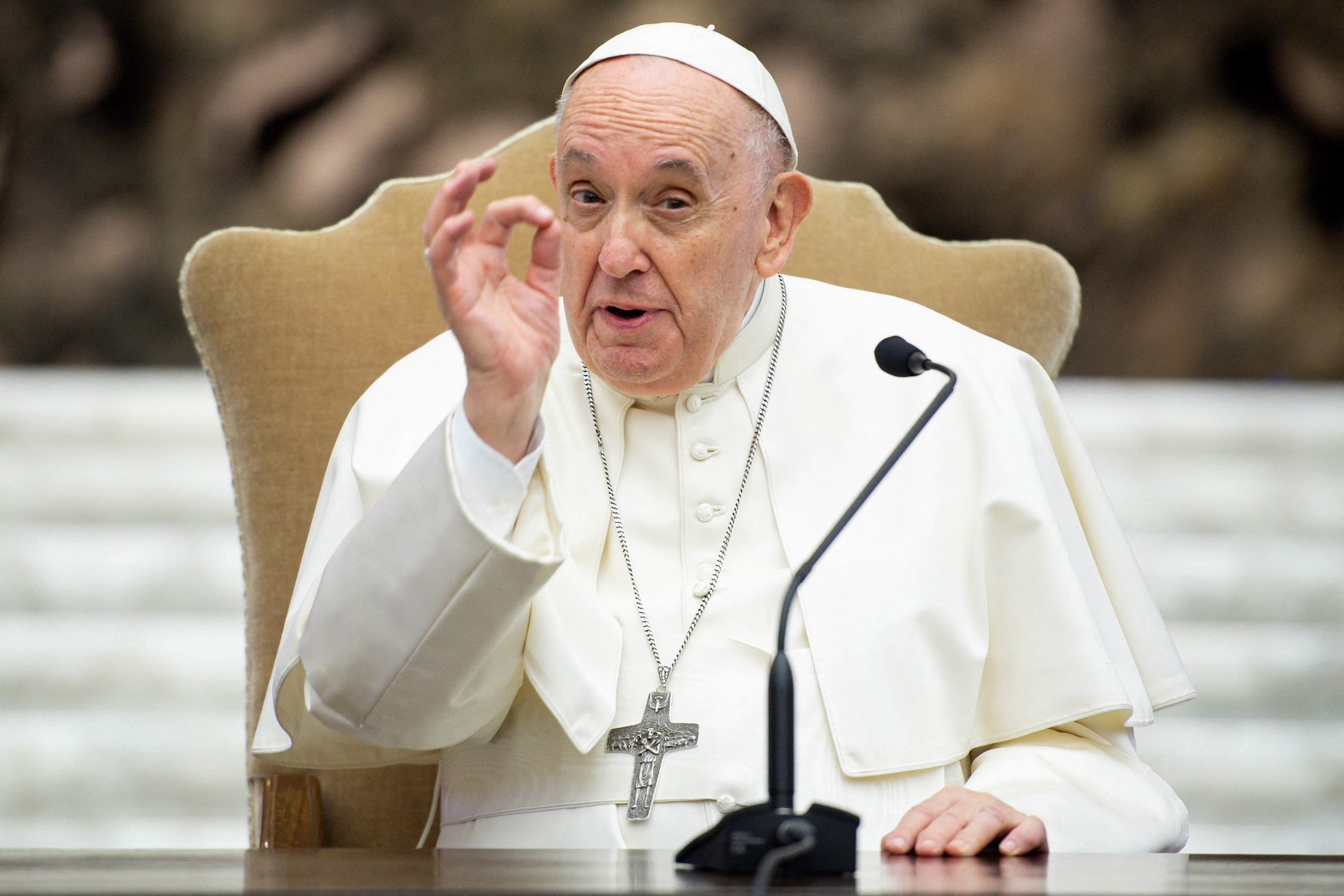 Pope Francis speaks in the plenary assembly of the International Union of Superiors General (IUSG) at the Vatican, May 5, 2022. Vatican Media/Handout via REUTERS ATTENTION EDITORS - THIS IMAGE WAS PROVIDED BY A THIRD PARTY.

Facebook Twitter Copy URL
Copied
Noting that there are Mexican seminarians in St. Peter's Square, the Pope says: 'Do you know what I need for my leg? A bit of tequila.'

While his popemobile stopped in St. Peter’s Square at his last general audience, a group of Mexican seminarians shouted out to him, asking how his leg was doing.

“It’s being naughty,” the Argentine pope replied in Spanish. A flare up of pain in his knee and existing leg problems have forced the Pope to use a wheelchair at times recently. One of seminarians then thanked the seated pope for continuing to carry out his duties despite the pain, telling the 85-year-old Francis that his persistence was an example for them as future priests.

Noting that they were Mexican because of the flag they were carrying, the Pope said: “Do you know what I need for my leg? A bit of tequila.”

After much laughter, one of them shouted back: “If one day we go to Santa Marta, we’ll bring you a bottle,” referring to the guest house where Francis lives in the Vatican.

One of the seminarians, Rodrigo Fernández de Castro, posted the exchange, which took place at the general audience last Wednesday, on TikTok. – Rappler.com