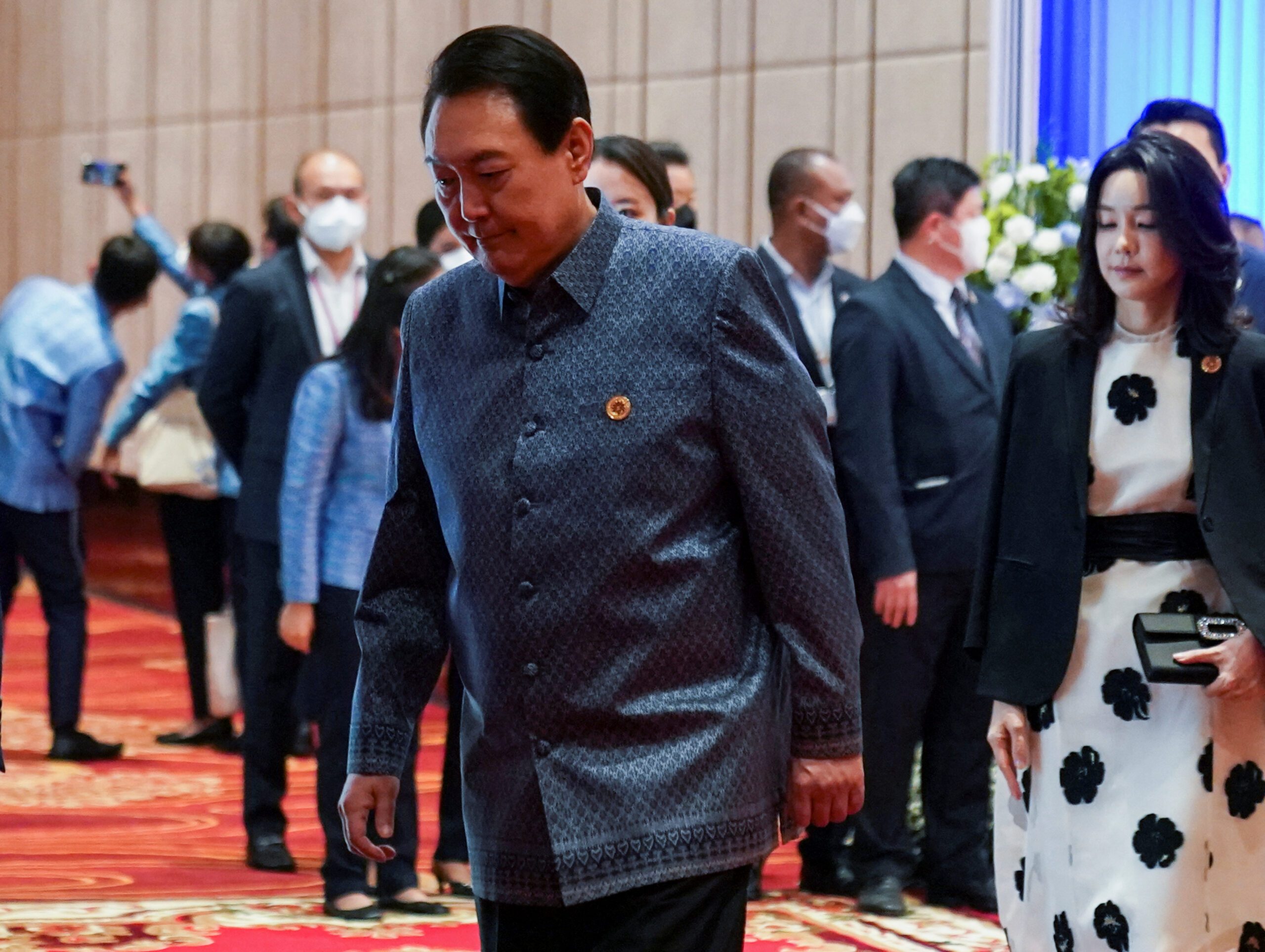 SEOUL, South Korea – South Korean President Yoon Suk-yeol said on Sunday that North Korea is conducting more “aggressive” provocations based on confidence over its nuclear and missile programs, calling for strong cooperation with the United States and Japan.

Yoon was addressing a meeting with US President Joe Biden and Japanese Prime Minister Fumio Kishida on the sidelines of a summit of the Association of Southeast Asian Nations (ASEAN) in Phnom Penh, Cambodia.

“North Korea is conducting more hostile and aggressive provocations based on confidence over its nuclear and missile capabilities,” Yoon said in remarks broadcast on South Korean television.

In a separate bilateral meeting with Biden, Yoon stressed the need to strengthen extended deterrence against North Korea’s growing threats, and said they should show Pyongyang that it would gain nothing with its nuclear and missile programs, according to Yoon’s office.

North Korea has been testing missiles at an unprecedented pace this year, including a possible failed intercontinental ballistic missile (ICBM) launch earlier this month, at a time of growing fears that Pyongyang could be preparing for its first test of a nuclear device since 2017.

Also discussed at Sunday’s bilateral meeting was US electric vehicle (EV) tax credit reform, under which new rules will come into force on January 1, 2023.

Biden said South Korean companies’ large contribution to the US economy should be considered when implementing the new rules, according to Yoon’s office.

South Korea has said the new law may violate trade norms such as the US-South Korea free trade agreement, and has sought for a three-year grace period to enable Korean automakers to keep receiving EV incentives in the United States. – Rappler.com