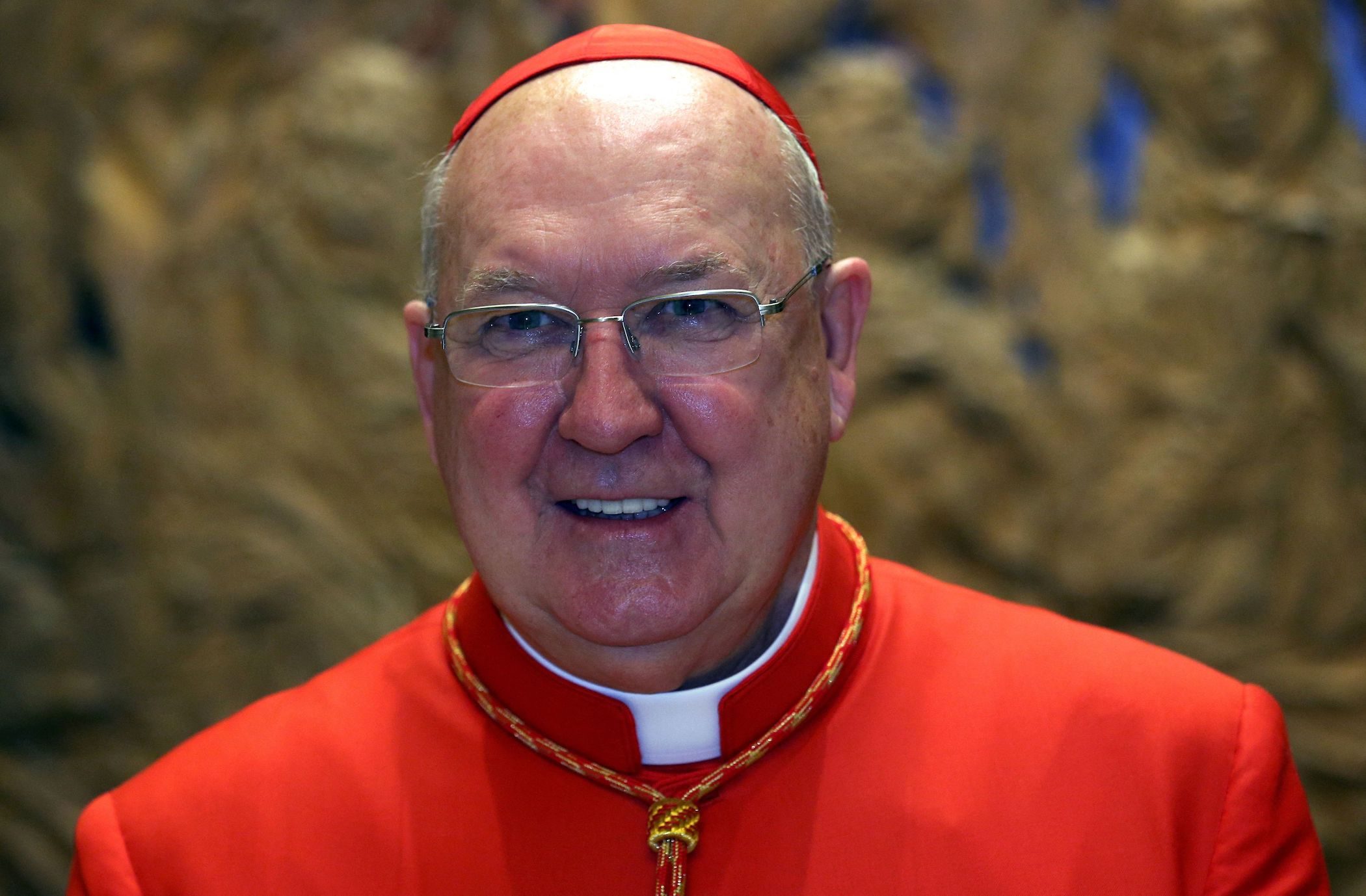 FILE PHOTO: New cardinal Kevin Joseph Farrell of the U.S. is seen as he receives guests in Paul VI's Hall at the Vatican following a consistory ceremony led by Pope Francis to install 17 new cardinals November 19, 2016.

Facebook Twitter Copy URL
Copied
The Vatican's investment ethics committee will be headed by a cardinal, Irish-American Kevin Joseph Farrell, who is based at the Vatican, but include four outside lay financial experts

VATICAN CITY – The Vatican on Tuesday, June 7, unveiled a committee to oversee the ethics of its investments, even as a corruption trial related to a botched London real estate deal in which it lost more than 200 millions euros continued.

The committee will be headed by a cardinal, Irish-American Kevin Joseph Farrell, who is based at the Vatican, but include four outside lay financial experts, a statement said.

They are Jean Pierre Casey of RegHedge investments in Britain, Giovanni Christian Michael Gay of Union Investment Privatfonds GmbH in Germany, David Harris of Skagen Funds in Norway and John J. Zona, head of investments at Boston College, a Catholic university in the United States.

The creation of an investment ethics committee was stipulated in the Vatican’s new constitution, Praedicate
Evangelium (Preach the Gospel), which Pope Francis issued in March and which came into effect two days ago.

The constitution tasked the committee with guaranteeing that Vatican investments would be proper, ethical and not overly risky. The new members hold five-year terms.

The Vatican announced the committee as the 21st hearing of a major corruption trial was in progress and while one of its key defendants, Italian broker Raffaele Mincione, was being questioned for a second straight day. The trial began last July.

The real estate venture at the center of the trial began in 2014, when the Vatican’s Secretariat of State invested 350
million euros ($390 million) with Mincione to buy a building in a high-end area of London.

In 2018, the Vatican felt it was being fleeced by Mincione, according to the indictment document, and turned to another broker, Gianluigi Torzi, to get out of the first deal.

But Vatican prosecutors accuse Torzi of duping the Vatican and trying to take control of the building by assigning himself the voting shares. The Vatican then gave Torzi 15 million euros to get out of the deal with him.

Mincione, Torzi and the other eight defendants at the trial, including Cardinal Angelo Becciu, a former top Vatican official, deny any wrongdoing.

They face accusations including extortion, abuse of office, fraud and money laundering.

Last January, the Vatican signed a contract to sell the building, definitively exiting a venture that the court has been told resulted in a loss of 217 million euros. – Rappler.com