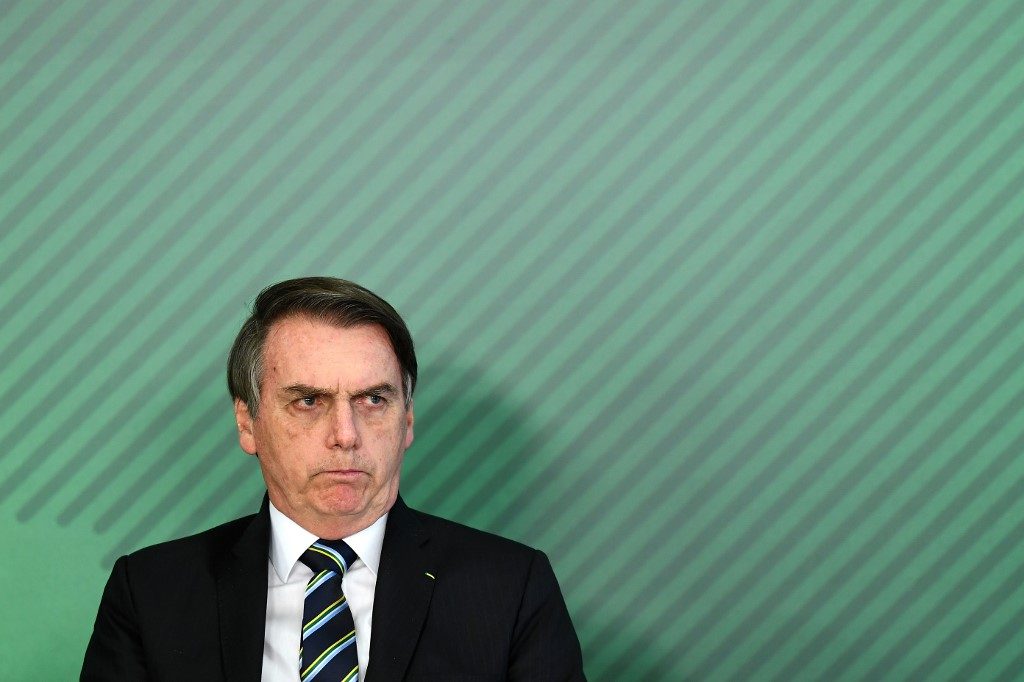 (FILES) In this file photo taken on April 9, 2019 Brazilian President Jair Bolsonaro gestures during the appointment ceremony of his new Education Minister Abraham Weintraub at Planalto Palace in Brasilia. - Students and professors are scheduled to march on May 10, 2019 against public education funding cuts. Jair Bolsonaro's ultraconservative government sparked outrage when it revealed on April 30 at least 30 percent cuts to the annual budgets of federally-funded high schools and universities. (Photo by EVARISTO SA / AFP)

US President-elect Joe Biden’s victory is a loss for the man known as the “Tropical Trump,” Brazilian President Jair Bolsonaro, whose fervent endorsement of the Republican incumbent leaves him isolated abroad and vulnerable at home, analysts say.

Elected in 2018 and up for reelection himself in 2022, Bolsonaro modeled his political rise on Trump’s, and openly admires him.

Known for their shared knack for social media rants and riling up their conservative bases, he and Trump are two of the most visible faces of the new brand of right-wing populist politics that surged onto the world scene 4 years ago. 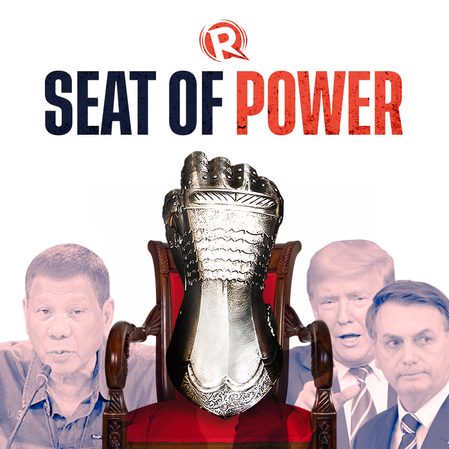 He has sought to cultivate a close relationship with Trump, to the point of breaking with Brazilian diplomatic tradition and openly endorsing the Republican billionaire’s reelection bid.

True to the confrontational style he and Trump share, Bolsonaro also clashed with Biden during the presidential race.

When Biden said during his first debate with Trump that the United States needed to push Brazil to better protect the Amazon rainforest, Bolsonaro called the statement “disastrous.”

“What a shame, Mr John Biden!” he said, mistaking the former vice president’s first name in the English version of his tweet.

All that could make for an awkward relationship with the Biden administration.

Biden is particularly concerned with the fight against global warming, a touchy subject for Bolsonaro, a climate change skeptic who has presided over a surge in deforestation and wildfires in the Amazon.

“It means more negative attention on Bolsonaro, who will suddenly become the face of a certain brand of right wing politics. It will call more attention to his actions in the Amazon.

“In a nutshell, there’s a chance that Bolsonaro becomes the world’s bogeyman for a certain portion of global opinion.”

And while Bolsonaro may not care what Biden or the rest of the world think of his administration, there are key players in Brazil that do.

“To a lot of Brazilian companies, (the risk) is very clear. If Brazil becomes a pariah… that’s bad for business, in a country that cannot afford to be losing clients, given where the economy is,” Winter told Agence France-Presse, referring to forecasts that coronavirus-battered Brazil faces a record recession this year.

Bolsonaro proudly claims to have brought Brazil’s relations with the United States, its second-biggest trading partner after China, closer than any time in recent history.

So why risk a rocky relationship with the next US president?

“There’s not a lot of strategy there. It’s more like he can’t help himself. He feels the need to demonstrate this constant support for Trump,” said Cristina Pecequilo, a professor of international relations at the Federal University of Sao Paulo.

“It’s about the personal dynamic between Bolsonaro and Trump” – though Bolsonaro’s Trump fandom sometimes looks unreciprocated, she added.

Bolsonaro will likely have to seek a relationship of pragmatic cordiality with the Biden administration, said Paulo Sotero of the Brazil Institute at the Wilson Center in Washington.

“It will take a lot of work to establish dialogue,” he said.

The Biden administration will for its part have an interest in keeping Brazil as a partner, on issues ranging from the environment to Venezuela to China.

And although the hashtag #BolsonaroIsNext was trending on Twitter in Brazil after Trump’s loss, it would be a mistake to underestimate Bolsonaro’s strength at home.

His poll numbers are strong. And having emulated Trump’s rise, he no longer needs the “air of legitimacy” the US president gave him, said Winter.

“One of the lessons likely to come out of 2020 is that just because Trump lost, that brand of politics is not going to go away,” he said. – Rappler.com