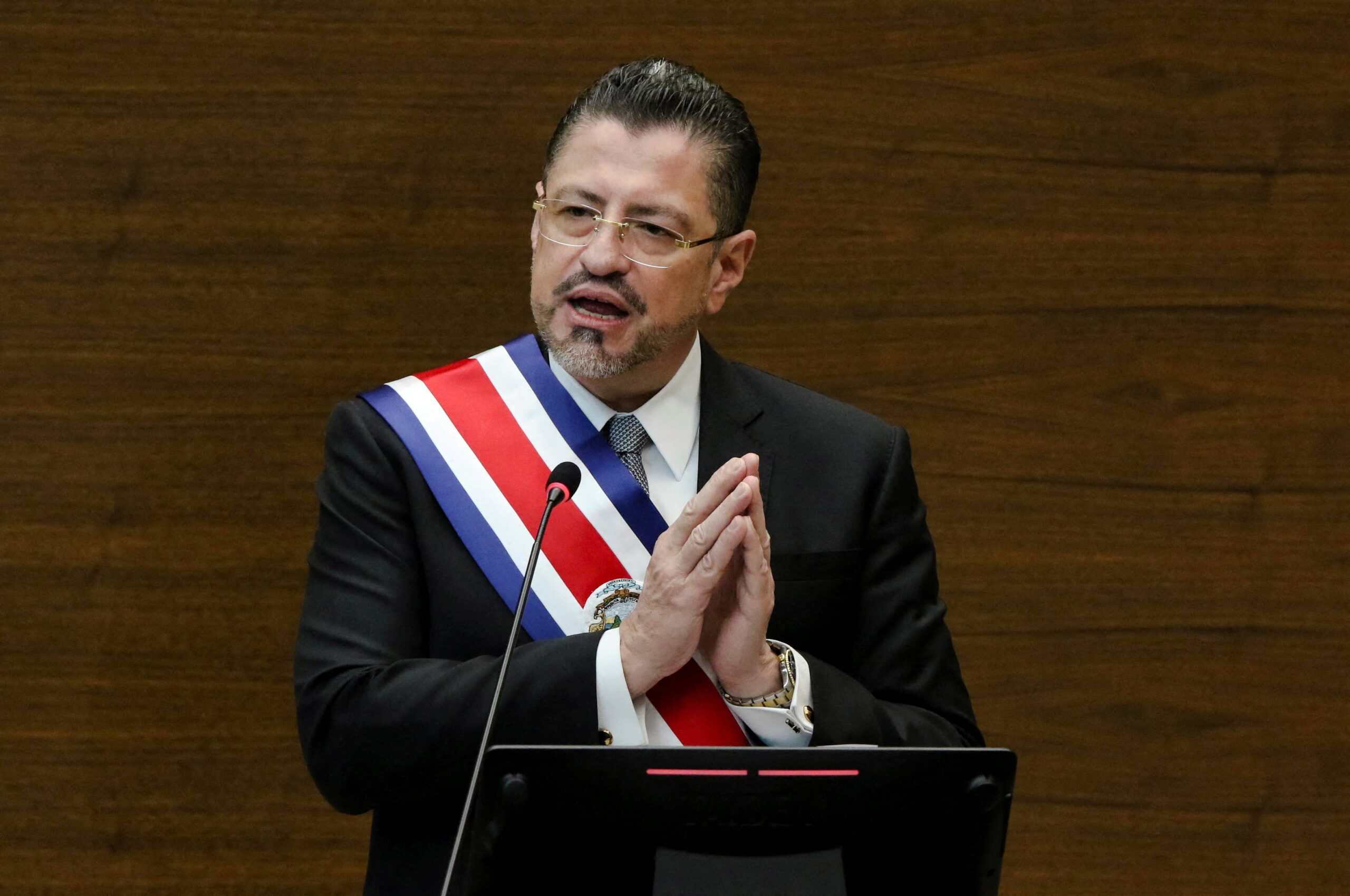 Costa Rica's new President Rodrigo Chaves delivers a speech after being sworn in during a ceremony at the hall of the Legislative Assembly, in San Jose, Costa Rica May 8, 2022.

Facebook Twitter Copy URL
Copied
President Rodrigo Chaves, who won the run-off election in April with nearly 53% of the vote, says he will also work to reduce the cost of living

SAN JOSE, Costa Rica – New Costa Rican President Rodrigo Chaves vowed to keep up with payments to relieve years of mounting debt in his inaugural address on Sunday, May 8, the first day of his four-year term.

Chaves previously said he would rework a $1.78 billion financial support package from the International Monetary Fund (IMF) in a bid to consolidate finances in the country with the heaviest debt load in Central America, at 66.5% of gross domestic product.

“The country is responsible for its debts. We have never failed to pay, we will do what we have to do to honor our obligations,” Chaves said in a speech after being sworn in.

About three quarters of Costa Rica’s $42.62 billion total debt is internal while the rest is external.

Chaves, an anti-establishment former World Bank official, won a run-off election in April with nearly 53% of the vote.

Echoing his campaign speeches, Chaves said he will also work to reduce the cost of living, fight corruption and build bridges with rival parties that dominate Congress. – Rappler.com