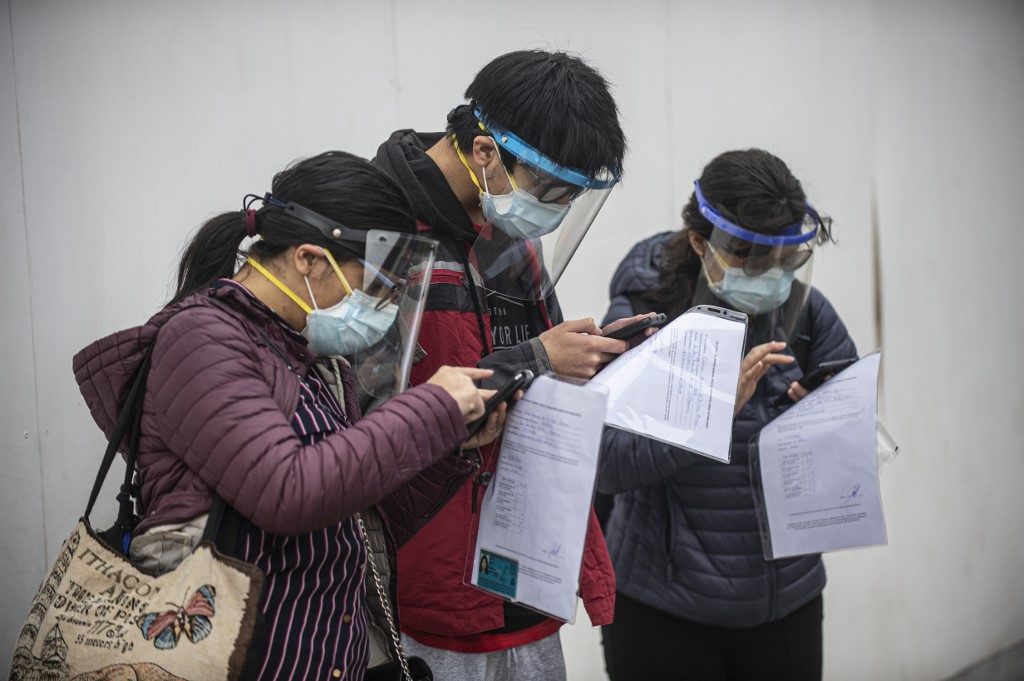 AT THE AIRPORT. Passengers arrive at Jorge Chavez International Airport in Lima on July 15, 2020. Photo by Ernesto Benavides/AFP

Peru on Sunday, July 19, passed 13,000 coronavirus deaths, the health ministry said, a day before the country is scheduled to reopen restaurants as part of easing lockdown measures.

An additional 189 deaths were reported in the last 24 hours, bringing the toll to 13,187, according to the ministry’s daily report.

The report also showed 4,090 new infections had been recorded, bringing the total caseload to 353,590.

“We are seeing a slight uptick in cases. We are relatively able to handle the situation in the midst of our limitations, but if we see this rise, we will have to take other measures,” health minister Pilar Mazzetti told the television station Canal N.

Peru, with 33 million inhabitants, has the second-highest number of cases in Latin America, after Brazil. It also has the third-highest death toll, after Brazil and Mexico.

The country’s hospitals are close to collapse as the number of patients continues to climb. A shortage of medical equipment and other resources has led to complaints by health workers.

Doctors and nurses protested their situation Sunday outside a hospital in the city of Arequipa, during a visit from President Martin Vizcarra.

“Vizcarra, enough with the deceit, the patients are dying,” they shouted at the doors of the hospital as the president arrived.

Peru on July 1 lifted a mandatory quarantine placed on 25 regions including Lima where the government says the coronavirus is “descending”, despite 70 percent of the country’s cases being recorded in these areas.

From Monday, restaurants will open at 40% capacity as the government seeks to restore the plunging economy. – Rappler.com