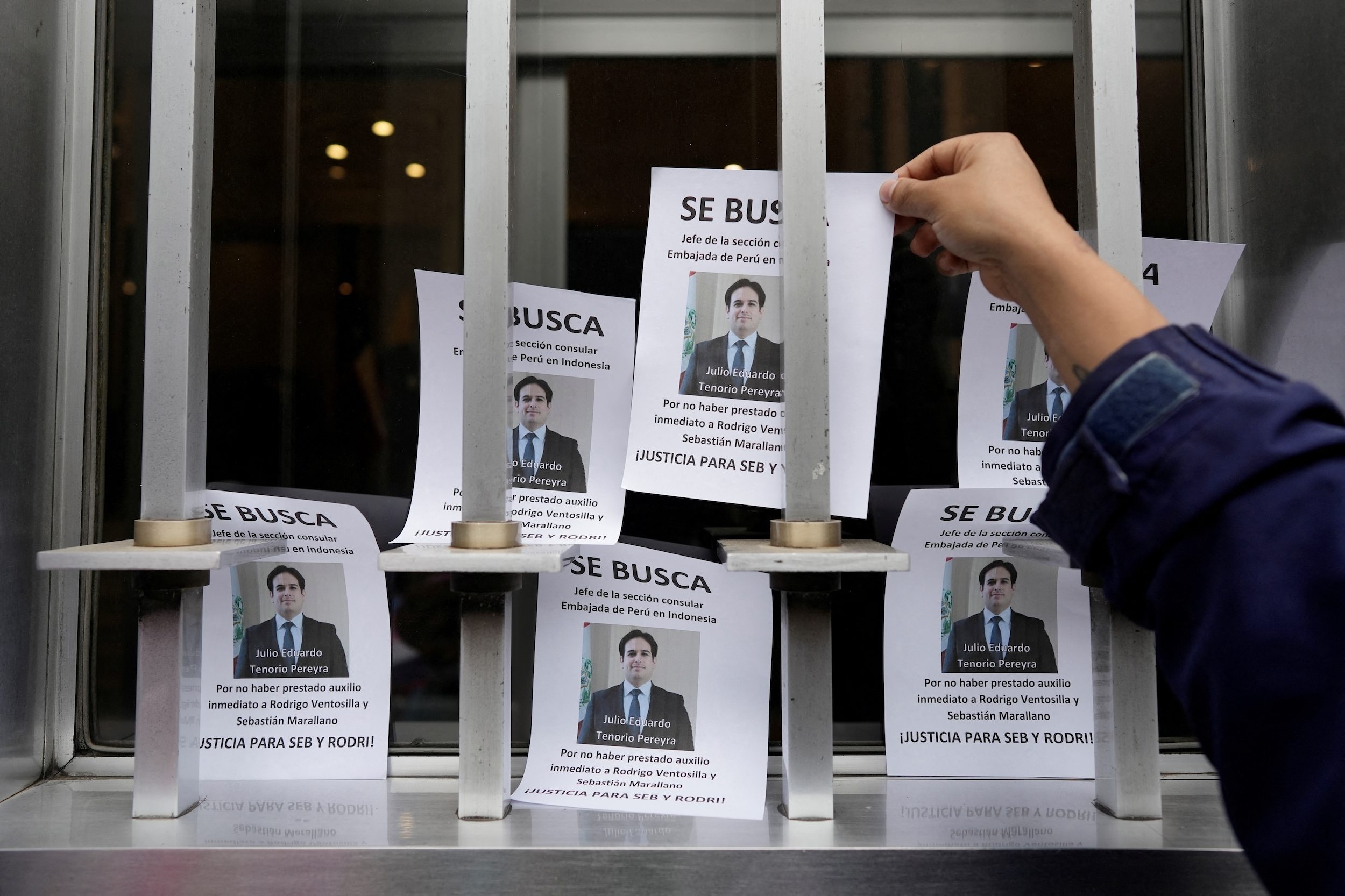 PROTEST. A demonstrator places a flyer with a photo of the head of Peru's consular services of the embassy in Indonesia Julio Eduardo Tenorio Pereyra during a protest to demand justice for Rodrigo Ventocilla, a Peruvian graduate student at Harvard and activist for transgender rights who died on the island of Bali days after being detained for alleged cannabis possession, along with his husband, outside Peru's foreign ministry building, in Lima, Peru August 26, 2022.

Facebook Twitter Copy URL
Copied
The death of Rodrigo Ventocilla, a Peruvian graduate student at Harvard who celebrated his honeymoon in Bali, has outraged LGBT activists who have accused Peruvian diplomats of not doing enough to protect him

LIMA, Peru – Peruvian prosecutors have opened an investigation for alleged torture over the death in Indonesia last month of a trans Peruvian man who died while in custody in the tourist island of Bali, the country’s public ministry said on Thursday, September 1.

Rodrigo Ventocilla, 32, was a Peruvian graduate student at Harvard celebrating his honeymoon in Bali. His death has outraged LGBT activists who have accused Peruvian diplomats of not doing enough to protect him.

Ventocilla was detained at the airport in Bali in early August over alleged possession of marijuana. He died days later of a “failure of bodily functions,” according to Indonesian police. Read full story

The public ministry did not say who it is investigating but Julio Arbizu, a lawyer for Ventocilla’s family, said prosecutors are investigating the Peruvian diplomat in charge of consular services at the Indonesian embassy, as well as an Indonesian official.

The public added that the investigation is expected to last eight months.

Peru’s foreign ministry initially said Ventocilla’s detention did not involve “transphobia” and that possessing marijuana is a serious offense in Indonesia.

But following pressure from local activists, it has since called on Indonesia to open its own investigation into the death.

Indonesia has said it considers the case closed and that no violence was involved in Ventocilla’s death. – Rappler.com