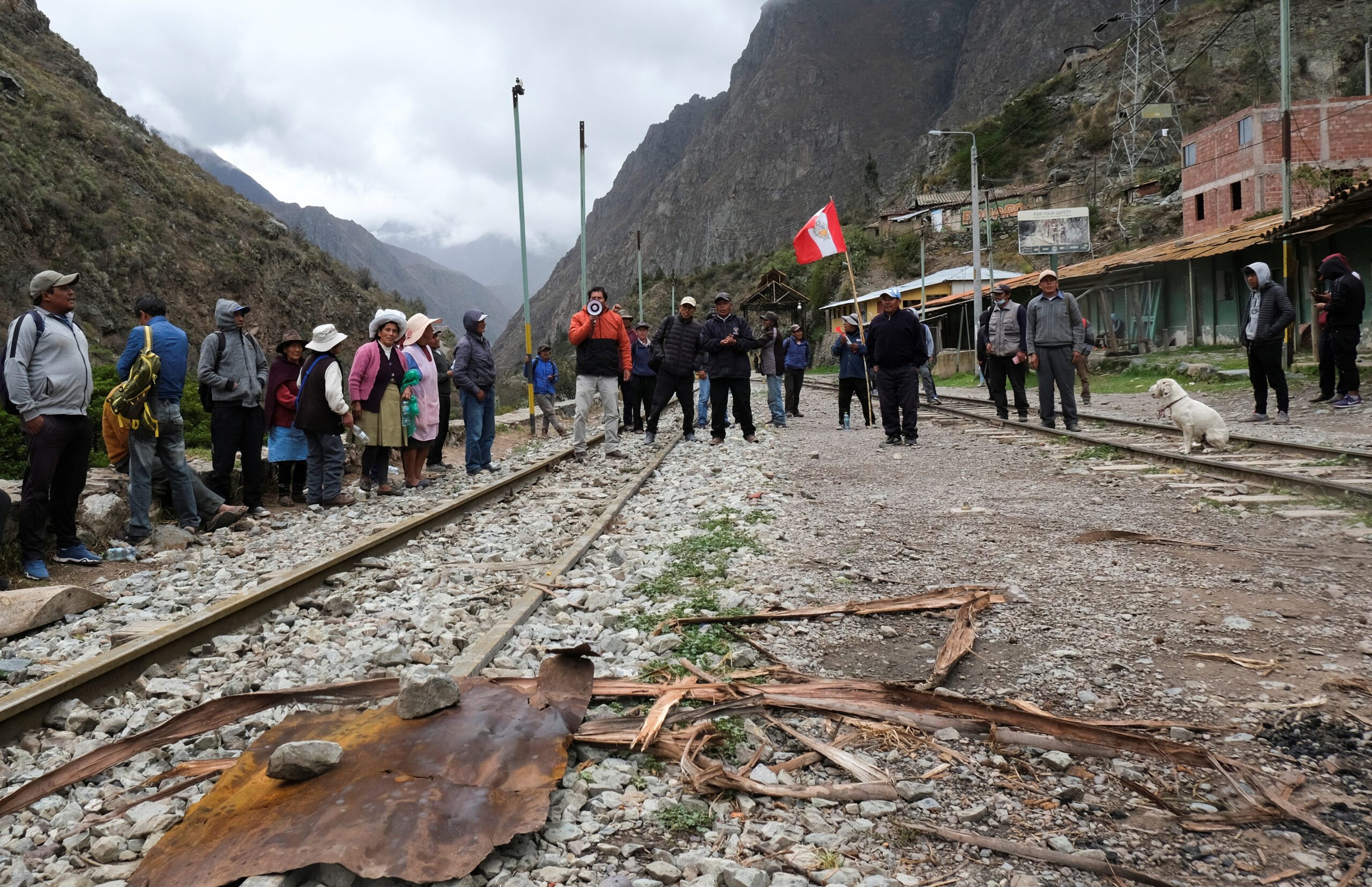 PROTESTS. Demonstrators take part in a blockade on a railway track following weeks of protests sparked by the ousting and arrest of former President Pedro, in Chilca, Peru on December 16, 2022.

Education Minister Patricia Correa and Culture Minister Jair Perez announced their resignations on Twitter, citing the deaths of individuals during the unrest.

“This morning I presented my letter of resignation from the position of education minister. The death of compatriots has no justification. State violence cannot be disproportionate and cause death,” Correa said on her Twitter account.

Castillo’s ouster has sparked angry protests, with demonstrators calling for early elections, the closure of Congress, a constituent assembly, and the resignation of new President Dina Boluarte.

The protests continued Friday, with key roads blockaded and airports forced to close. At least 17 people have been killed in the protests so far, authorities have said, and at least five more have died of indirect consequences. The United Nations on Friday expressed “deep concern” over reports of deaths and detentions of minors involved in the demonstrations.

On Thursday, eight people were killed in clashes between security forces and protesters in Ayacucho, according to local authorities, after a Supreme Court panel ordered an 18-month pretrial detention for Castillo while he is investigated over charges of “rebellion and conspiracy.”

Castillo has denied wrongdoing and says he remains the country’s lawful president.

Peru has been through years of political turmoil, with multiple leaders accused of corruption, frequent impeachment attempts, and presidential terms cut short.

The Cabinet departures raise questions about the longevity of the government of Boluarte, the former vice president, who was sworn in on December 7 after Castillo was removed from office by a congressional vote hours after he attempted to dissolve Congress.

Peru’s Congress on Friday rejected a proposed constitutional reform that would have brought presidential elections forward to December 2023, one of the key demands of the protesters.

After the deaths in Ayacucho, the country’s ombudsman’s office said a criminal complaint had been filed to determine the responsibility, without giving further details.

Boluarte’s government announced a state of emergency on Wednesday, granting police special powers and limiting freedoms, including the right to assembly, but it appears to have had little effect in stemming the protests. – Rappler.com