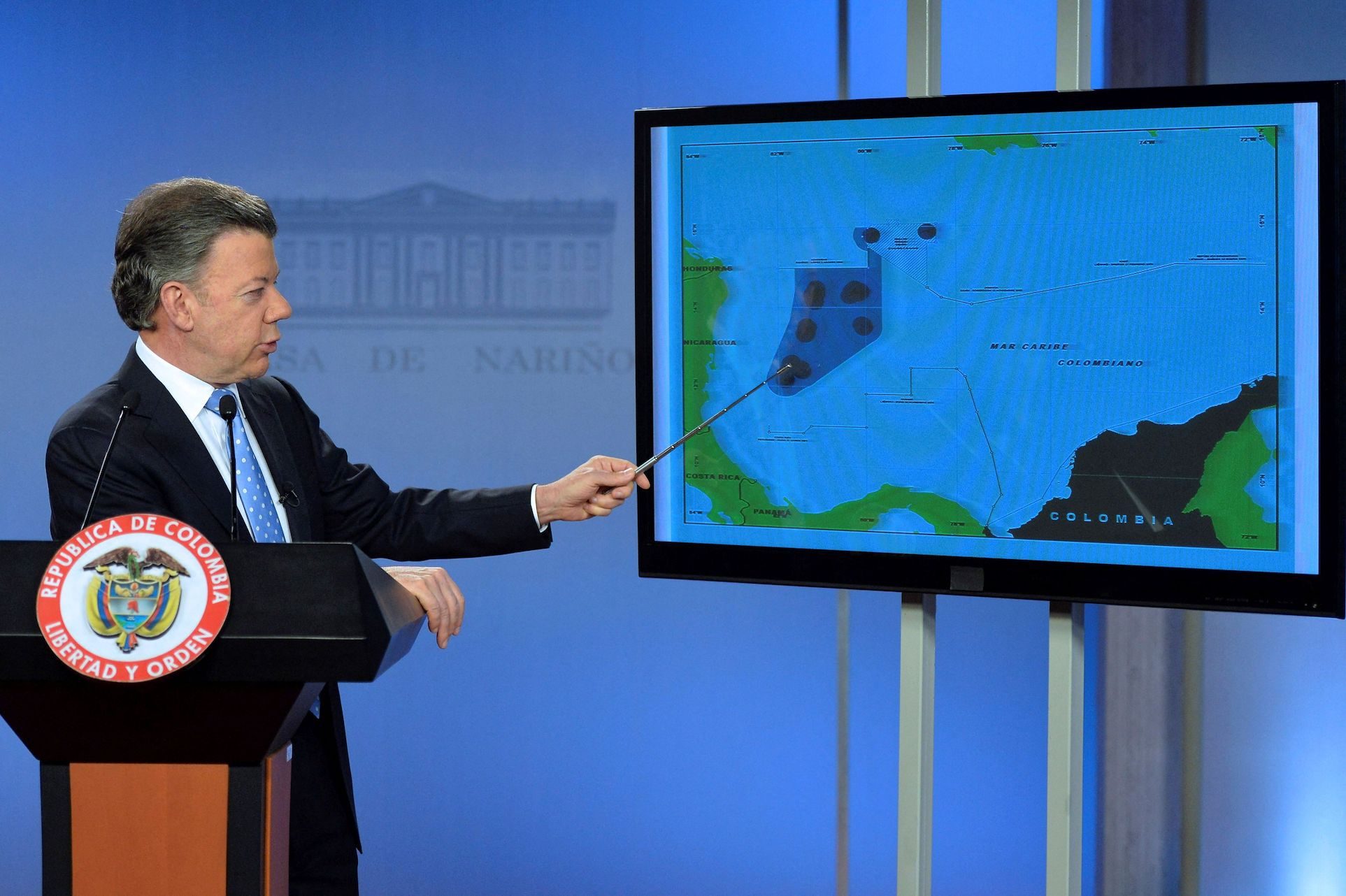 FILE PHOTO: Former Colombian President Juan Manuel Santos points to an area of contested waters in the Caribbean seas on a screen as he makes a speech at the presidential palace in Bogota September 9, 2013.

Facebook Twitter Copy URL
Copied
The court rules that Colombia's activities in the Nicaraguan zone, including giving out fishing rights to others and interfering with maritime research, violated Nicaragua's sovereign rights

THE HAGUE, Netherlands – Judges at the International Court of Justice (ICJ) on Thursday, April 21, ruled that Colombia must “immediately cease” patrolling and trying to control fishing in parts of the Caribbean the court said are within Nicaragua’s exclusive economic zone.

The court ruled that Colombia’s activities in the Nicaraguan zone including giving out fishing rights to others and interfering with maritime research violated Nicaragua’s sovereign rights.

In 2012, the ICJ handed down a judgment that reduced the expanse of sea belonging to Colombia.

The new sea borders increased Nicaragua’s continental shelf and economic exclusion zone in the Caribbean, giving it access to underwater oil and gas deposits, as well as fishing rights in those waters.

The judges on Thursday also ordered Colombia to change a 2013 presidential decree which established a zone around Colombian islands in the disputed area. According to the court, the zone, as mentioned in the decree, is too large and the powers Colombia says it has in the document are not in line with customary international law.

After the ruling, a lawyer for Colombia said he did not see it as a win for Nicaragua because not all their requests were granted.

“We are satisfied with today’s ruling,” Carlos Arrieta Padilla told journalists outside the court.

He added that Colombia cannot implement aspects of the ruling before going through a “special procedure.” Bogota has argued that it can only change its borders by bilateral treaty and it cannot therefore fully implement the court’s 2012 ruling.

Lawyers for Nicaragua at the court declined to comment on the ruling. – Rappler.com