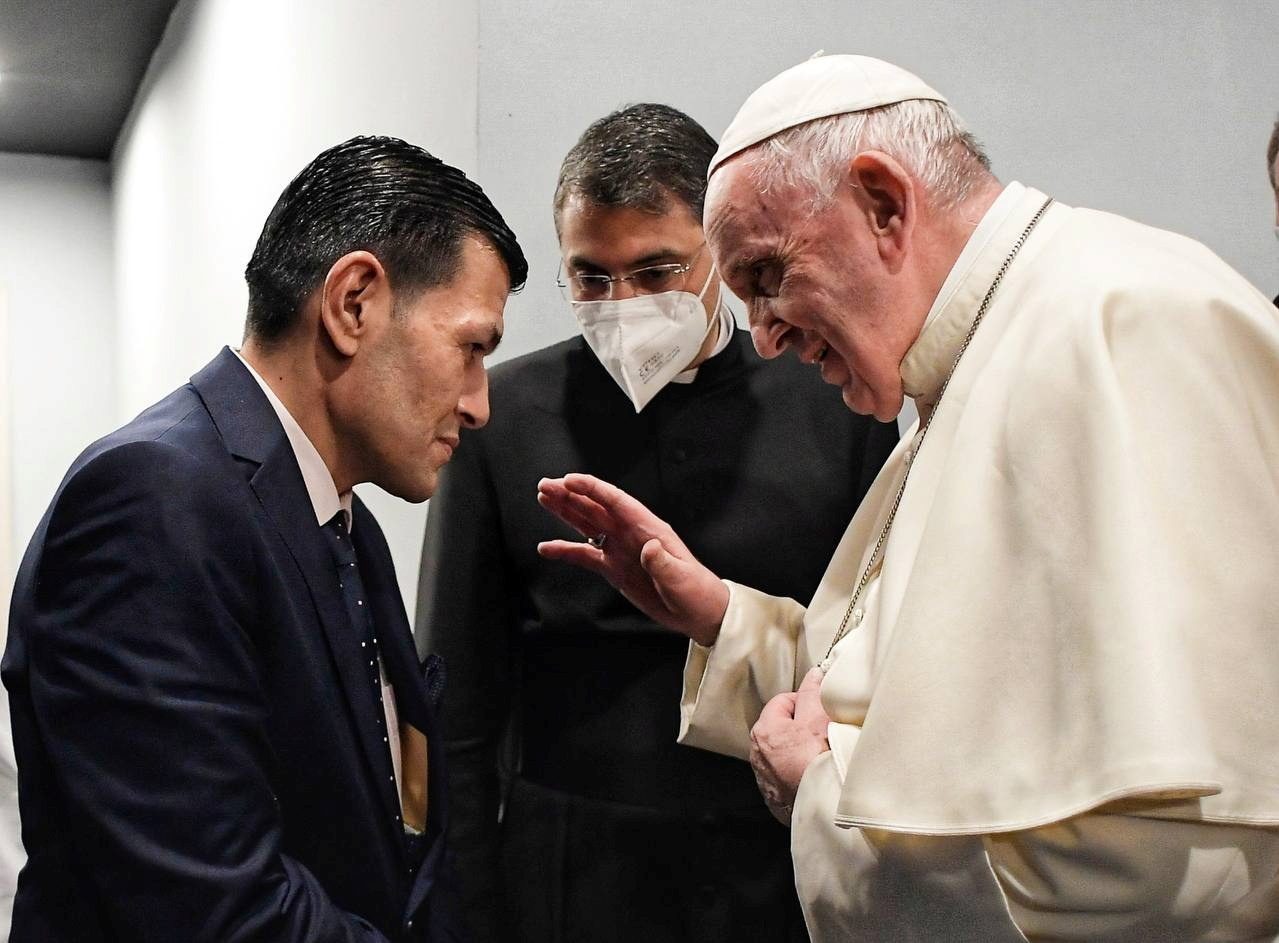 COMFORT. Pope Francis meets Abdullah Kurdi, father of Alan Kurdi, the 3-year-old boy whose dead body was found washed up on a Turkish beach in 2015, in Erbil, Iraq, March 7, 2021.

Facebook Twitter Copy URL
Copied
'The Pope spent a long time with him and with the help of an interpreter was able to listen to the pain of a father for the loss of his family,' says the Vatican

Pope Francis on Sunday, March 7, met the father of Alan Kurdi, the boy whose body washed up on a Turkish beach 6 years ago became an image of the suffering of Syrians trying to escape war.

The pontiff, winding up a historic trip to Iraq, met Abdullah Kurdi at the end of Mass in the Iraqi Kurdish city of Erbil, the Vatican said in a statement.

“The Pope spent a long time with him (Kurdi) and with the help of an interpreter was able to listen to the pain of a father for the loss of his family,” it said.

Kurdi thanked Francis for his closeness to the tragedy and to the pain of “all those migrants who seek understanding, peace and security, leaving their country at the risk of their lives,” it added.

Alan Kurdi drowned along with his mother and brother when a smuggling boat taking them to Europe capsized off the coast of Turkey in 2015.

An image of his body washed up on the shore captured the world’s attention as millions of Syrians fled the civil war there and many boarded unsafe ships bound for a Europe that eventually began shutting its doors. Many drowned trying to make the journey. The Pope has long called for more compassionate treatment of migrants and refugees. In Iraq, where Abdullah Kurdi now lives in the autonomous Kurdish region, the pontiff preached for an end to conflict and sectarian violence. – Rappler.com