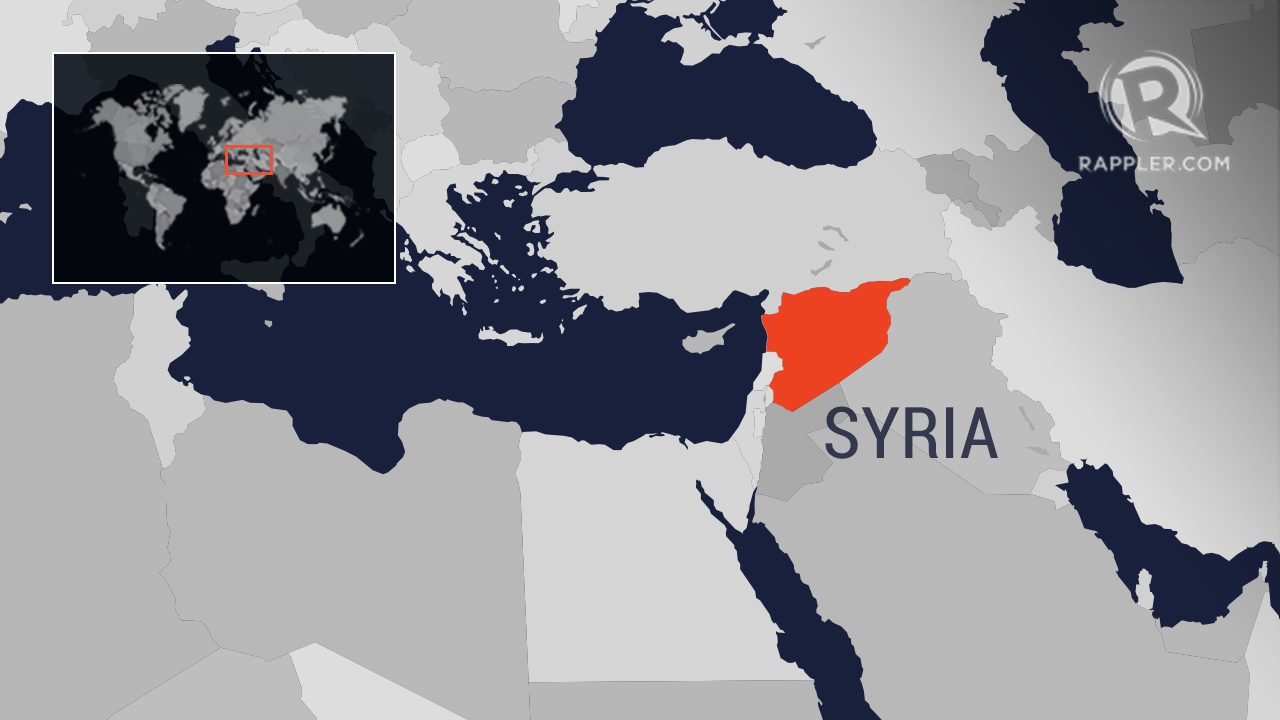 Facebook Twitter Copy URL
Copied
The US has carried out previous raids in Syria against members of Islamic State, but the October 6 raid would be the first known operation against the group in a zone held by forces loyal to President Bashar al-Assad

QAMISHLI, Syria – A rare US helicopter raid on a government-held village in Syria’s northeast killed an Islamic State militant hiding out there and a separate US air strike later on Thursday, October 6, killed two others, the US military said.

The United States has carried out previous raids in Syria against members of Islamic State, but Thursday’s would be the first known operation against the group in a zone held by forces loyal to President Bashar al-Assad.

Early on Thursday, US special forces carried out the rare operation on the government-held village of Muluk Saray in the northeastern province of Hasakeh, Syrian state television said in its Telegram channel.

The US military’s Central Command said the target was Rakkan Wahid al-Shammri, an Islamic State member “known to facilitate the smuggling of weapons and fighters.” It said he was killed during the operation, while one of his associates was wounded and two others detained by U.S. forces.

“No US forces were injured or killed during the operation, no civilians were killed or wounded, and there was no loss or damage to US equipment,” said the Florida-based Central Command, which oversees American troops in the Middle East.

It did not specify the precise location of the raid, describing it only as near the village of Qamishli, which is located at Syria’s border with Turkey.

Central Command later on Thursday said a separate US air strike at 6:32 pm (1532 GMT) in northern Syria killed an Islamic State leader it named as Abu-Hashum al-Umawi and another senior member of the group it said was associated with him.

‘People thought he was a shepherd’

A security source said the man who was killed in the earlier US raid was responsible for coordinating Islamic State sleeper cells in the area.

“This operation aims to expand the scope of targeting this organisation’s members across different parts of Syria,” the source added.

The second security source said US forces had taken his body with them as they retreated.

A local source said the man had moved to the village of Muluk Saray in recent years from Taif, a town near the border with Iraq that was once an Islamic State stronghold.

“People thought he was a shepherd – no one knows his true identity,” said the source.

The local source said US forces also raided a building used by Syrian security and detained “several people” there.

Other residents of the area confirmed the raid to Reuters.

One said that US helicopters landed in the village after midnight and told residents by loudspeaker to stay indoors and keep their lights off. The resident said the operation lasted several hours and that there was no exchange of fire with the US troops. – Rappler.com