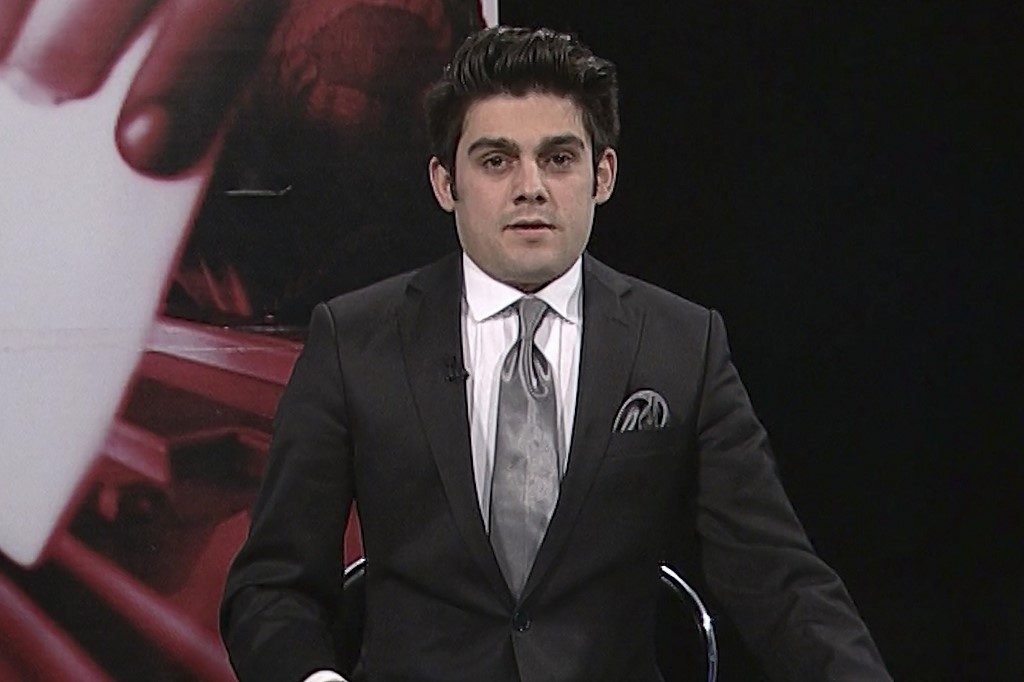 This handout undated video grab image distributed by TOLO TV shows former Afghan television presenter for TOLO News, Yama Siawash, taking part in a broadcast, at TOLO TV in Kabul. - A former Afghan television presenter and two other civilians were killed in a bomb explosion in Kabul on November 7, police said, in the latest violence to rock the city.

A former Afghan television presenter and two other civilians were killed in a Kabul bombing on Saturday, November 7, in an attack officials blamed on a group linked to the Taliban.

Yama Siawash was killed when a bomb attached to his vehicle exploded near his home in the Afghan capital, police spokesman Ferdaws Faramarz told journalists.

The murder of Siawash comes amid a rise in violence across the country even as the Taliban and Afghan government engage in peace talks in Qatar to end the country’s grinding war.

Siawash, who recently joined Afghanistan’s central bank as an adviser, used to be a prominent political and current affairs presenter with Tolo News, the country’s biggest private TV channel, known for his hard-hitting interview style.

No group claimed responsibility for the attack, but the interior ministry blamed the Haqqani network, a group linked to the Taliban.

“Such targeted attacks and explosions of sticky bombs is the continuation of crimes by Haqqani network and the Taliban,” Tariq Arian, spokesman for the ministry, told reporters.

Washington has listed the Haqqani network as a terrorist group.

“I am shocked at the killing of former Tolo News anchor Yama Siawash,” Ross Wilson, US charge d’affaires in Kabul, said on Twitter.

“This attack is an assault on freedom of the press, one of Afghanistan’s core democratic principles.”

“This is an unforgivable and unforgettable crime,” he said in a statement.

The Afghan Journalists Safety Committee, a panel set up by media networks to oversee security for journalists in the country, called for “identifying and prosecuting the perpetrators” of the attack.

President Ashraf Ghani ordered an investigation into the murders, the presidential palace said.

Targeted killings of prominent figures, including journalists, clerics, politicians and rights activists, have become more common in recent months amid growing violence in the country.

On Thursday, November 5, the father of Zarifa Ghafari, one of Afghanistan’s first female mayors, was gunned down in front of his house in Kabul.

His assassination was condemned by US Secretary of State Mike Pompeo, who had awarded Ghafari with the International Women of Courage award earlier this year.

US watchdog Special Inspector General for Afghanistan Reconstruction (SIGAR) said in a report this week that violent attacks in the country had surged by 50% during 3 months to September when compared to the previous quarter.

Dozens of people were killed in less than two weeks in Kabul in brutal attacks that also left scores wounded.

On Monday, November 2, a deadly raid by militants on Kabul University left 22 people dead, many of them students.

The Islamic State (ISIS) militant group claimed responsibility for the attack but the government blamed the Haqqani network.

The attack on the university came just days after a suicide bombing near an educational center killed 24 people. That attack was also claimed by ISIS. – Rappler.com