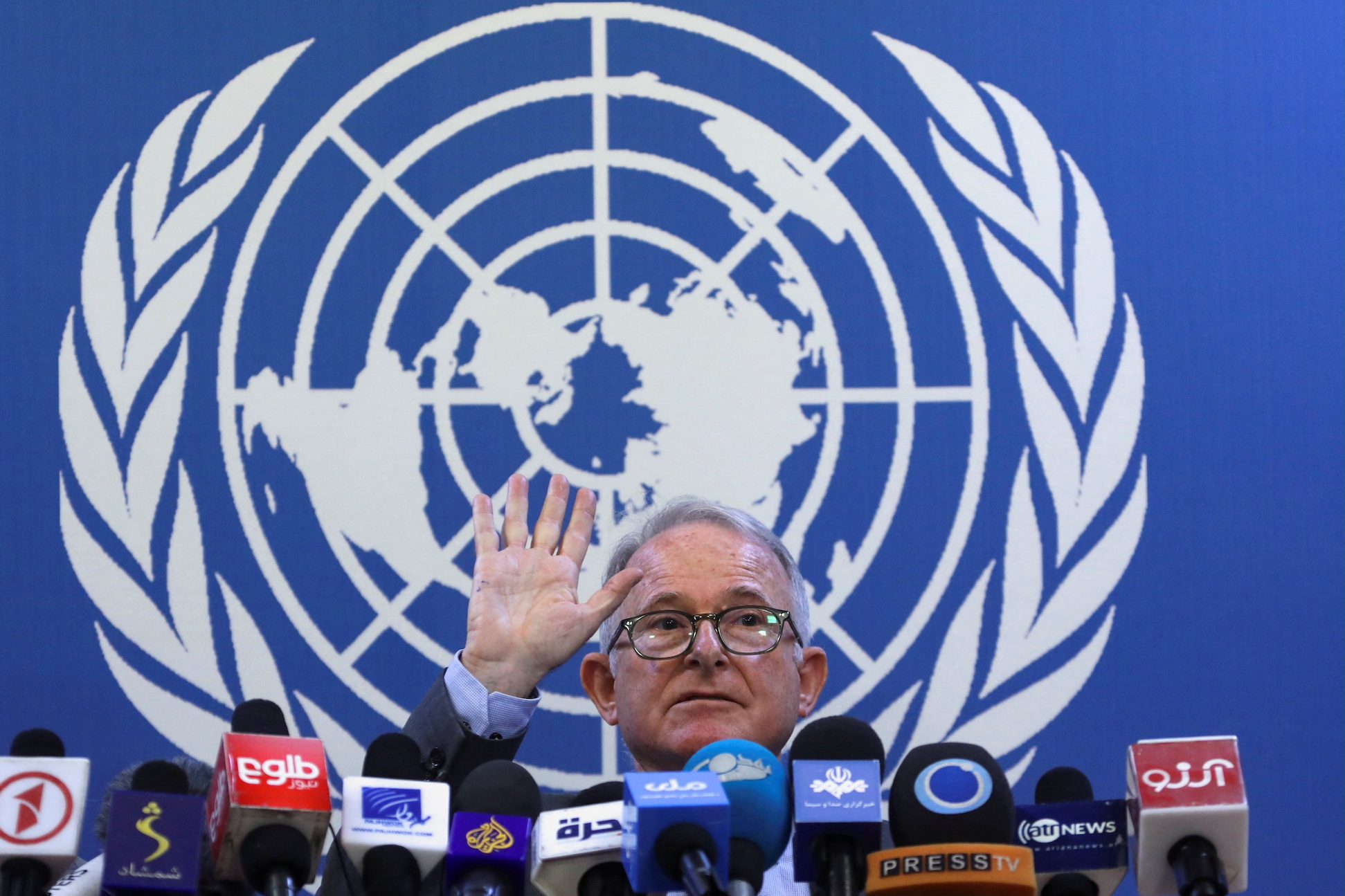 Special Rapporteur on the situation of human rights in Afghanistan, Richard Bennett, gestures during a news conference in Kabul, Afghanistan, May 26, 2022. REUTERS/Ali Khara

Facebook Twitter Copy URL
Copied
'I urge the authorities to acknowledge human rights challenges that they are facing and to close the gap between their words and the deeds,' says Richard Bennett, UN special rapporteur for human rights in Afghanistan

Richard Bennett, UN special rapporteur for human rights in Afghanistan spoke to reporters at the end of an 11-day visit to the country, his first since his position was created.

“I urge the authorities to acknowledge human rights challenges that they are facing and to close the gap between their words and the deeds,” he said.

Bennett expressed concerns over access to education after the Taliban made a U-turn on allowing girls to go to high school in March and this month announced that women must cover their faces, to be enforced by punishing their closest male relatives.

“Directives on maharams (male guardians), enforcing a strict form of hijab and strong advice to stay at home feed the pattern of absolute gender segregation and making women invisible in society,” he said.

Bennett also called for investigation of attacks targeting Afghanistan’s Shia and Sufi religious minorities, a trend he said bore “hallmarks of crimes against humanity”. Recent months have seen more attacks on mosques and other civilian targets, some of which have been claimed by Islamic State.

The militant group said it was behind three explosions in the northern city of Mazar-i-Sharif on Wednesday that killed at least 15 in predominantly Shia areas.

Another, unclaimed, blast the same day tore through a Sunni mosque in the capital Kabul, killing at least five people. – Rappler.com