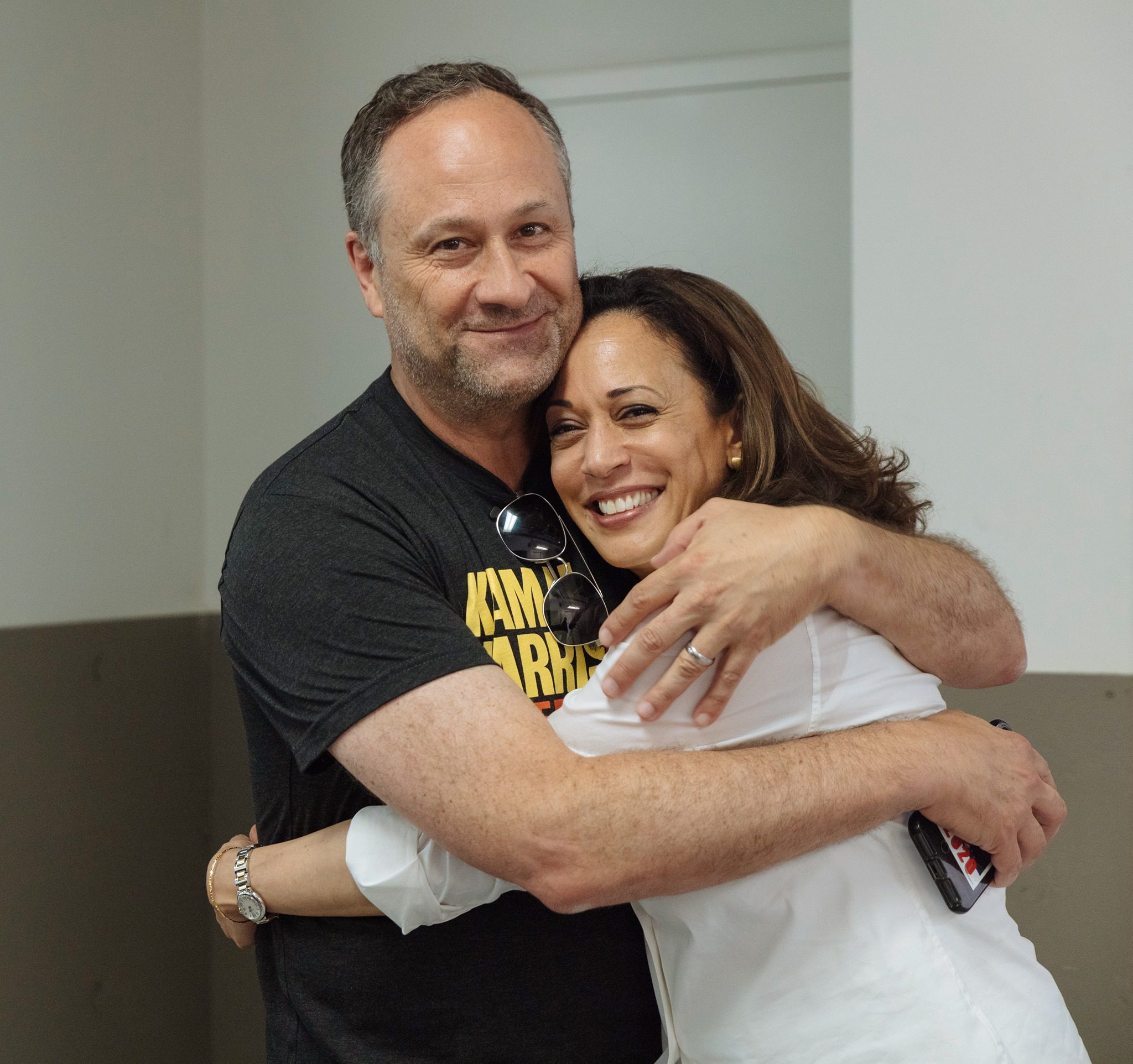 US Vice President-elect Kamala Harris posts this anniversary photo with her husband Doug Emhoff on August 22, 2019, on her Facebook page.

When Kamala Harris makes history as the first woman, first Black, and first Asian US vice president, her husband Doug Emhoff will break his own new ground: as the original “second husband.”

Harris and Emhoff, who married in 2014 – she for the first time, he for the second – will also be the first mixed-race couple to occupy their positions. He is white while she is the daughter of Indian and Jamaican immigrants. Both are 56. The contours of Emhoff’s new role as the nation’s “second husband” – some prefer “second gentleman” – have yet to be determined; he has been vague about his plans so far.

Traditionally, the spouses of presidents and vice presidents have been expected to forge a careful balance of supportiveness and independence. Many pick a charitable cause to promote.

Emhoff, who was credited as a “secret weapon” on the campaign trail for his wife – even earning his own following on social media – is an accomplished lawyer specializing in media, sports, and entertainment law.

He took leave in August from the multinational DLA Piper, which has lobbying offices in Washington. That could raise prickly conflicts of interest with Harris’ work.

Emhoff has been publicly vague about whether he will stay with the firm, though he has told interviewers he might want to pursue pro bono legal work.

Emhoff marks another milestone: he would be the first Jew to be part of America’s first or second families.

Friends have described him as a less-than-observant Jew but one who identifies strongly with, and is deeply shaped by, Judaism.

The Jewish publication Forward embraced him as the “Second Mensch.” When its reporter asked Emhoff’s mother Barbara about his religious upbringing, she was coy, but offered: “He was bar mitzvahed in New Jersey, I can tell you that.”

Born in Brooklyn and raised in New Jersey, he is said to have happy memories of Jewish summer camp, where he won athletic awards.

While in high school, his father moved the family to Los Angeles. Emhoff earned a law degree at the University of Southern California, then worked at other law firms before reaching DLA Piper.

When Emhoff met Harris on a blind date arranged by friends, it was “love at first sight,” he later said.

His children by his first marriage – Cole, named after John Coltrane, and Ella, named after Ella Fitzgerald – have embraced their stepmother as “Momala.”

Emhoff’s ex-wife Kerstin Mackin remains friendly and even joins the family at Thanksgiving.

The “second husband-elect,” incidentally, shares one thing with Donald Trump: both are avid golfers. – Rappler.com