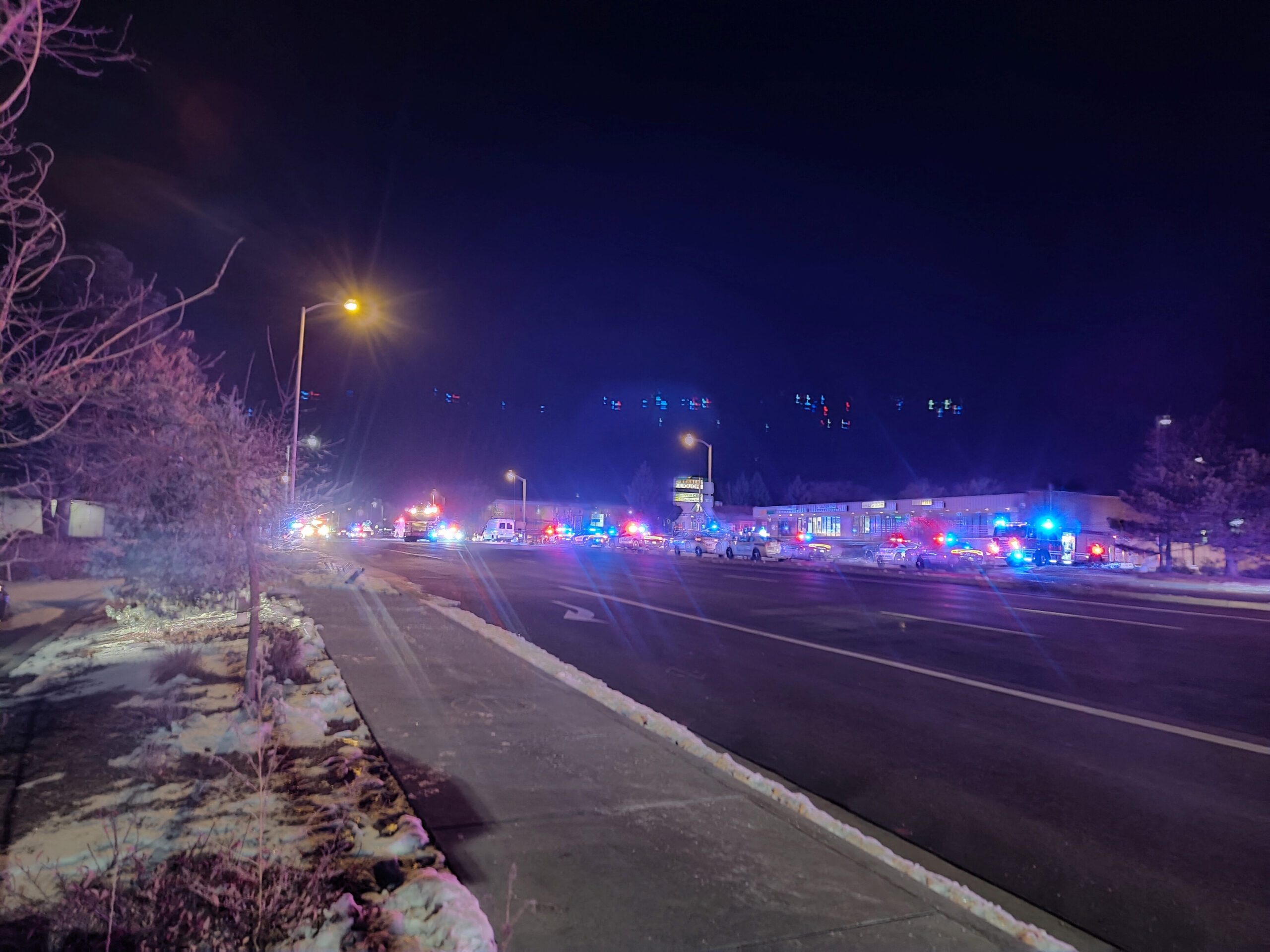 COLORADO SPRINGS, USA – A gunman opened fire inside a LGBTQ nightspot in Colorado Springs late on Saturday, November 19, killing at least five people and injuring 25 others before being stopped by “heroic” clubgoers, police said.

Authorities on Sunday said they were investigating whether the attack was motivated by hate.

Police identified the suspect as Anderson Lee Aldrich, 22, and said he used a “long rifle.” He was taken into police custody shortly after the shooting began and was being treated for injuries, according to officials.

The shooting was reminiscent of the 2016 Pulse club massacre when a gunman killed 49 people at the gay nightclub in Orlando, Florida, before he was fatally shot by police.

It unfolded as LGBTQ communities and allies around the world prepared to mark the Transgender Day of Remembrance on Sunday, an annual observance to honor victims of transphobic violence.

Club Q, a long-standing venue in a modest strip mall, was described by many as a safe haven for the LGBTQ community in Colorado’s second-largest city.

Police said the initial phone call about the shooting came in just before midnight, and that the suspect was apprehended within minutes thanks to the quick action of law enforcement and the bravery of at least two patrons who intervened.

The shooter burst in with a rifle, a military-style flak jacket and what appeared to be six magazines of ammunition, the New York Times reported, citing the club owners, who said they did not know the man.

Multiple firearms were found at the venue, including the rifle, Colorado Springs Police Chief Adrian Vasquez told a news conference on Sunday.

One patron, Joshua Thurman, choked up as he told reporters that he was dancing in the club when he first heard gunshots. He sought refuge in a dressing room and locked himself inside with others, praying for his life and thinking about loved ones.

Several of the injured were in critical condition and being treated at local hospitals, authorities said.

Club Q called the incident a “hate attack” in a statement on Facebook and thanked the “heroic customers” for subduing the gunman.

Anxiety within many LGBTQ+ communities in the United States has risen amid a divisive political climate and after a string of threats and violent incidents targeting LGBTQ+ people and events in recent months.

In a statement condemning the violence, President Joe Biden said Americans must not tolerate hate.

“Places that are supposed to be safe spaces of acceptance and celebration should never be turned into places of terror and violence,” Biden said.

Colorado Governor Jared Polis, who in 2018 became the first openly gay man in the country to be elected as a governor, called the shooting a “senseless act of evil.”

“I feel that same pit in my stomach that so many of you today do, a feeling sadly all too familiar,” Polis said in a video appearance during a vigil held at a local church.

A spokesperson for the city of Colorado Springs said authorities were aware of a 2021 bomb threat involving an individual with the same name and birth date as the suspect, but have not officially confirmed he is one and the same.

Colorado has a grim history of mass violence, including the 1999 shooting at Columbine High School, a 2012 rampage inside a movie theater in a Denver suburb and a supermarket attack that killed 10 people last year.

Mourners laid flowers outside the club on Sunday as Colorado Springs resident Mark Travis, a former police chaplain, played “Taps” on his bugle.

“We could go in and forget about work and everything else and feel like it was a home,” Travis said of the club.

The shooting, he said, had ripped away that sense of comfort. “It’s akin to, I guess being burglarized or something that much worse. You’re not even safe in your own home.” – Rappler.com