HIGHLIGHTS: Trump vs Biden | Countdown to US election 2020 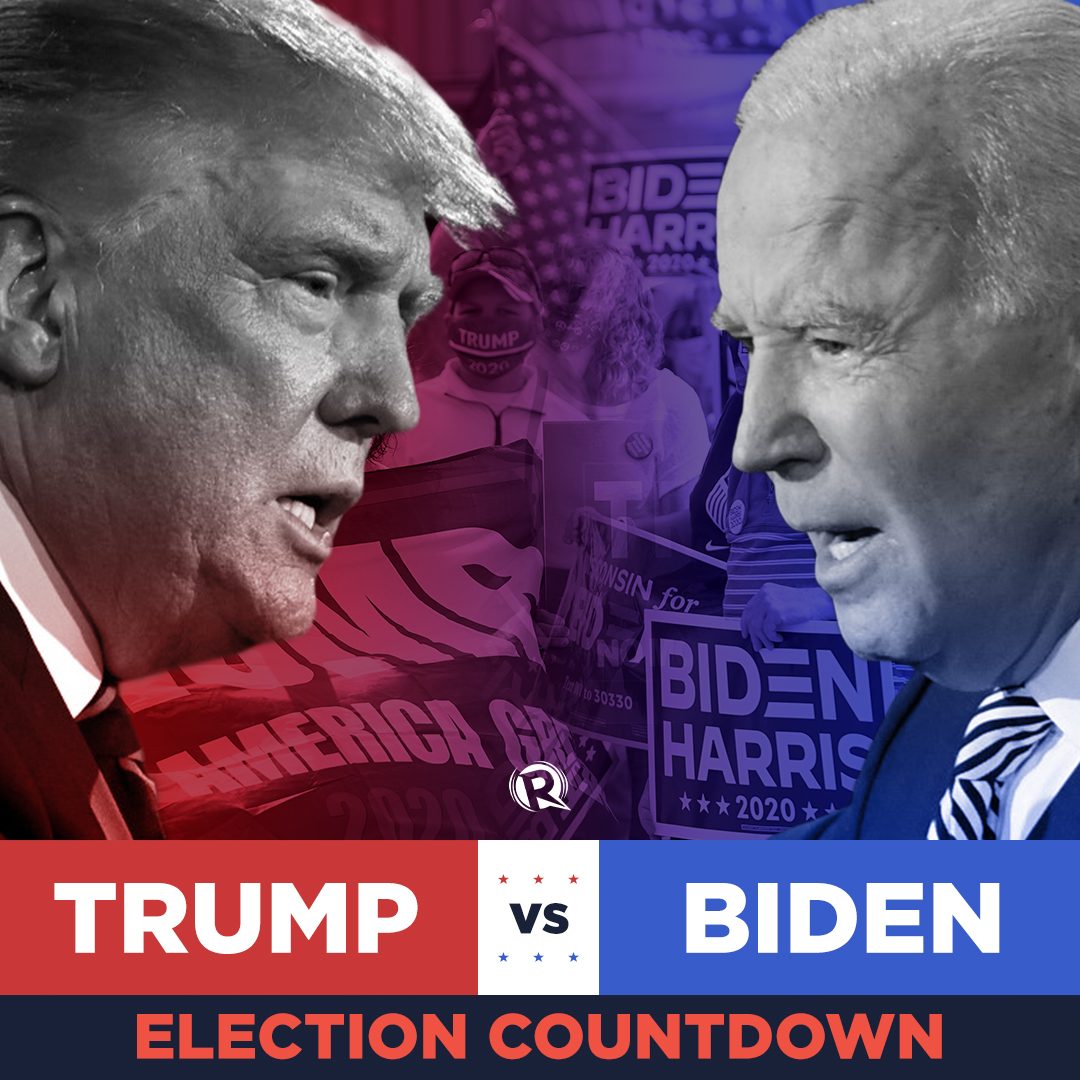 America is gearing up for battle – and the world is watching, with much at stake even for Southeast Asia, including the Philippines.

Bookmark and refresh this page for Rappler’s latest updates, videos, and analysis on the last few days before the US election battle between Donald Trump and Joe Biden.

Rights group keeps an eye on US election

The Human Rights Watch is keeping an eye on the US election.

Kamala Harris talks about difference of equality and equity

Early reports say more American youth are voting in this year’s US election.

US campaign enters final day with nation on edge

The US presidential campaign enters its final day on Monday, November 2, with a last-minute scramble for votes by Donald Trump and Joe Biden, drawing to a close an extraordinary race that has put a pandemic-stricken country on edge.

But while campaigning will halt and voters will have their say on Tuesday, many questions remain over how soon a result will be known due to a flood of mail-in ballots and possible legal challenges.

Those factors, along with an unprecedented convergence of social justice protests, coronavirus precautions and President Trump’s fear-mongering campaign, have led to apprehension over whether unrest could erupt. Read the complete story here.

Donald Trump vowed to again defy the polls as he sprinted through 5 swing states Sunday, November 1, in a blitz of campaigning against Joe Biden, with just two days left before a US presidential election that has already mobilized a record number of early voters.

The last-minute scramble came as polls showed Biden maintaining his overall lead – but with some slight tightening in key states including Pennsylvania, where he leads by 4 points, and Florida, now a toss-up, according to a RealClearPolitics average of polls.

“We’re now leading,” Trump insisted before a raucous rally of supporters in Washington Township, Michigan. “Look, we’re leading in Florida. We’re leading in Georgia…. They say it’s a very close race in Texas. I don’t think so. They did that 4 years ago and I won in a landslide.” Read the complete story here.