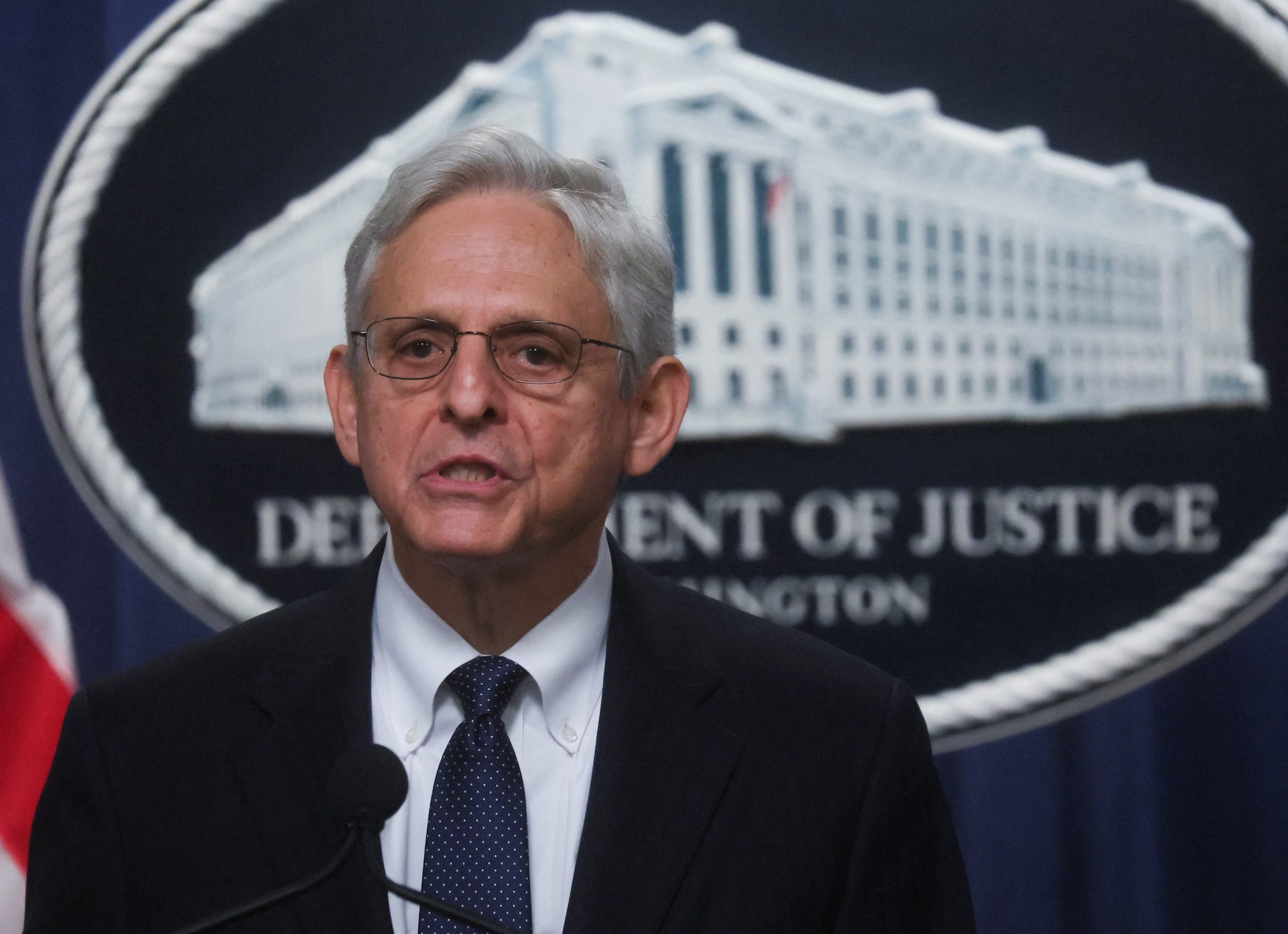 US ATTORNEY GENERAL. US Attorney General Merrick Garland speaks about the FBI's search warrant served at former president Donald Trump's Mar-a-Lago estate in Florida during a statement at the US Justice Department in Washington, U.S., August 11, 2022.

Facebook Twitter Copy URL
Copied
The US Justice Department has asked a judge to make public the warrant that authorized the FBI search of Mar-a-Lago, after Donald Trump portrayed it as political retribution

WASHINGTON DC, USA – US federal agents were looking for documents relating to nuclear weapons when they raided former president Donald Trump’s home in Florida this week, the Washington Post reported on Thursday, August 11.

It was not clear if such documents were recovered at the former president’s Mar-a-Lago resort in Palm Beach, the Post said. Reuters could not immediately confirm the report. 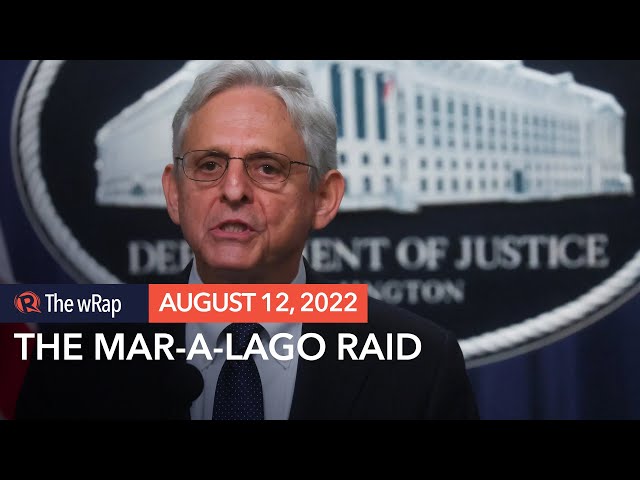 The US Justice Department asked a judge on Thursday to make public the warrant that authorized the FBI search of Mar-a-Lago, after Trump, a Republican, portrayed it as political retribution.

The request means the public could soon learn more about what investigators were looking for during the unprecedented search of a former president’s home.

The move was part of an investigation into whether Trump illegally removed records from the White House as he left office in January 2021, some of which the Justice Department believes are classified.

Attorney General Merrick Garland, the country’s top law enforcement officer and an appointee of Democratic President Joe Biden, told a news conference that he had personally approved the search. The Justice Department also seeks to make public a redacted receipt of the items seized.

“The department does not take such a decision lightly. Where possible, it is standard practice to seek less intrusive means as an alternative to a search, and to narrowly scope any search that is undertaken,” Garland said.

His decision to publicly confirm the search was highly unusual. U.S. law enforcement officials typically do not discuss ongoing investigations in order to protect people’s rights. In this case, Trump himself announced the search in a Monday night statement.

Garland said the Justice Department made the request to make public the warrant “in light of the former president’s public confirmation of the search, the surrounding circumstances and the substantial public interest in this matter.”

A source familiar with the matter said the FBI retrieved about 10 boxes from Trump’s property during the search.

Trump was not in Florida at the time of the search.

It was unclear whether Trump’s legal team would object to the release of the warrant.

The government has until 3 p.m. ET (1900 GMT) on Friday to let the court know whether Trump’s attorneys will object to unsealing the warrant. The case is before US Magistrate Judge Bruce Reinhart, who reviewed the warrant to ensure the Justice Department had sufficient probable cause for the search.

Two of Trump’s attorneys, Evan Corcoran and John Rowley, did not respond to a request for comment.

In a statement on his Truth social network, Trump said: “My attorneys and representatives were cooperating fully, and very good relationships had been established. The government could have had whatever they wanted, if we had it.”

The unprecedented search marked a significant escalation in one of the many federal and state probes Trump is facing from his time in office and in private business, including a separate probe by the Justice Department into a failed bid by Trump’s allies to overturn the 2020 presidential election by submitting phony slates of electors.

The investigation into Trump’s removal of records started earlier this year, after the National Archives made a referral to the department.

Former archivist David Ferriero has previously said that Trump returned 15 boxes to the government in January 2022. The archives later discovered some of the items were “marked as classified national security information.”

A couple of months prior to the search, FBI agents visited Trump’s property to investigate boxes in a locked storage room, according to a person familiar with the visit.

The agents and Corcoran spent a day reviewing materials, the source said. A second source who had been briefed on the matter told Reuters the Justice Department also has surveillance footage from Mar-a-Lago in its possession.

Garland’s Justice Department has faced fierce criticism and online threats since Monday’s search. Trump supporters and some of his fellow Republicans in Washington accuse Democrats of weaponizing the federal bureaucracy to target Trump.

Garland condemned the threats and attacks against the FBI and Justice Department. “I will not stand by silently when their integrity is unfairly attacked,” he said.

Some Democrats have criticized Garland for being overly cautious in investigating Trump over his attempts to overturn his 2020 election loss to Biden. – Rappler.com