Donald Trump has COVID-19. How might this affect his chances of reelection? 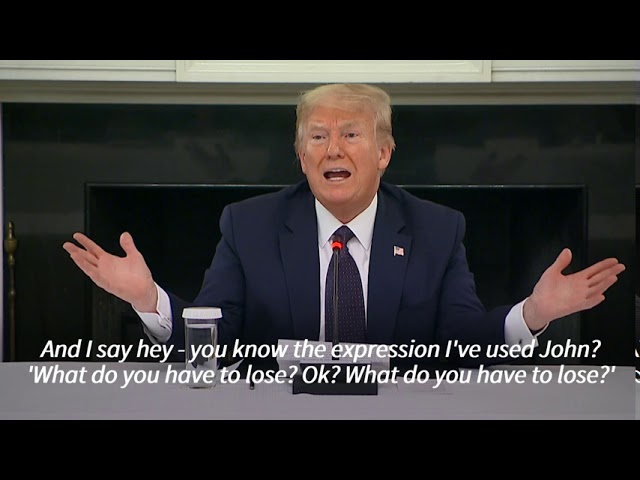 Facebook Twitter Copy URL
Copied
There are both positives and negatives that might flow from the president's diagnosis. Much will depend on how sick he becomes, and how he chooses to talk about it.
As pubished by The Conversation

With just a month left until the November 3 US presidential election, contracting the virus could have politically positive or negative consequences for President Donald Trump. These will, of course, be contingent on how severe the president’s illness becomes. But we should not count him out and Biden in just yet.

Here are the ways the diagnosis could swing the election either way for Trump.

1. Trump’s days in isolation will halt his intense campaign schedule. Trump was much better at energizing crowds in airport hangers than Joe Biden has been. This advantage is now gone.

2. Trump is a sick man. Campaigning in any form requires robust health. Any physical advantage born of being the younger and fitter of the two candidates has now gone.

3. Because he has often disparaged the virulence of the disease, the president faces the public humiliation of being its victim. Trump does not deal well with humiliation – the excoriating account of his childhood, as told by his estranged niece, Mary L. Trump, is replete with examples of the young Donald dishing out but being unable to take humiliation.

4. Trump has traded on his strong man image for decades. If he gets a bad dose, he will look every bit and more of his 74 years. If his experience is like that of Boris Johnson, Trump could well be out of action for weeks with the attendant psychological challenge of recovery weighing on him. The British PM, several intimates have observed, is still in recovery, still cognitively and emotionally impaired by his personal fight with COVID-19.

There are also potential political advantages in Trump’s COVID diagnosis.

1. Because of the virus, Joe Biden was already cautious about face-to-face campaigning. His younger opponent falling ill may well keep Biden more basement-bound and less willing to crisscross the battleground states.

2. Trump is not the first leader to catch the virus. While Boris Johnson became very sick, Jair Bolsonaro, the Brazilian president, had a relatively mild dose. He was able to claim from personal experience how few people who catch the virus are actually killed by it. This has been Trump’s basic refrain over the course of the pandemic. Catching and recovering from the virus will prove he was right all along. Lockdowns, he will insist, were one big overreaction to a contagious but not virulent disease.

3. History tells us sick presidential candidates often win the ensuing election – Ronald Reagan nearly died from an assassin’s bullet in 1981 but won big in 1984 – or that their party will. When Warren G. Harding died in office (in 1923), his Republican party stayed in the White House for another ten years.

4. Indeed, assassinated presidents tend to guarantee their party retains the White House at the next election: Lincoln’s murder in 1865 was a cause of his great general, Ulysses S. Grant, winning in 1868. William McKinley’s murder in 1903 put his vice president, Theodore Roosevelt, into office for eight years. John Kennedy’s assassination in 1963 lead to Lyndon Johnson winning in a landslide the next year. Dying is, of course, not Trump’s plan, but sickness and death need not mean the GOP lose the White House.

5. The greatest president in US history, measured by victories (1932, 1936, 1940 and 1944), Franklin Roosevelt, was also the most challenged by his health. A victim of polio, he spent his entire presidency in a wheelchair. The point is not that COVID could turn Trump into FDR. It is to observe how far illness can empower a president.

6. Trump’s illness could have a positive effect on the tone of political discourse. Biden will not want to be seen to demonize a sick opponent. The presidential debates will almost certainly be cancelled – which will likely mean a more civil national debate.

Again, we can only begin to properly estimate the political ramifications of Trump’s COVID-19 diagnosis when we know his prognosis. It is another element of uncertainty in this strangest and most uncertain of election years. – The Conversation|Rappler.com

Timothy J. Lynch is Associate Professor in American Politics and chair of the political science discipline at the University of Melbourne.