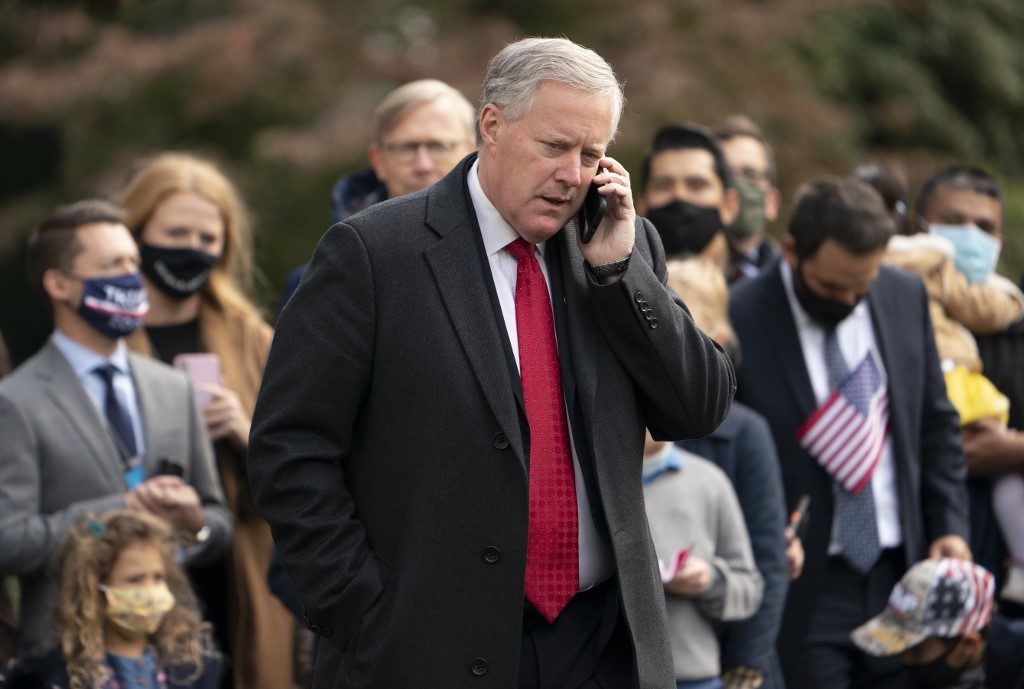 MARK MEADOWS. In this file photo taken on October 30, 2020 White House Chief of Staff Mark Meadows speaks on his phone as he waits for US President Donald Trump to depart the White House in Washington, DC. Photo by Andrew Caballero Reynolds/AFP

Meadows, 61, told people he had coronavirus after the election, CNN reported. He first tested positive on Wednesday, November 4, a day after the poll, according to the New York Times.

Meadows was part of a crowd in a room at the White House early on Wednesday when Trump spoke to around 150 of his top aides and supporters, the Washington Post reported.

Several senior Trump administration officials have contracted the virus in recent weeks, including the president and his wife Melania.

Press Secretary Kayleigh McEnany and policy advisers Stephen Miller and Hope Hicks are among more than a dozen other senior White House figures to be infected with since the start of October.

The United States has been hit harder than any other country by the Covid-19 pandemic since it swept the world at the start of this year.

More than 9.7 million people have contracted the virus nationwide, with more than 236,000 dead. – Rappler.com