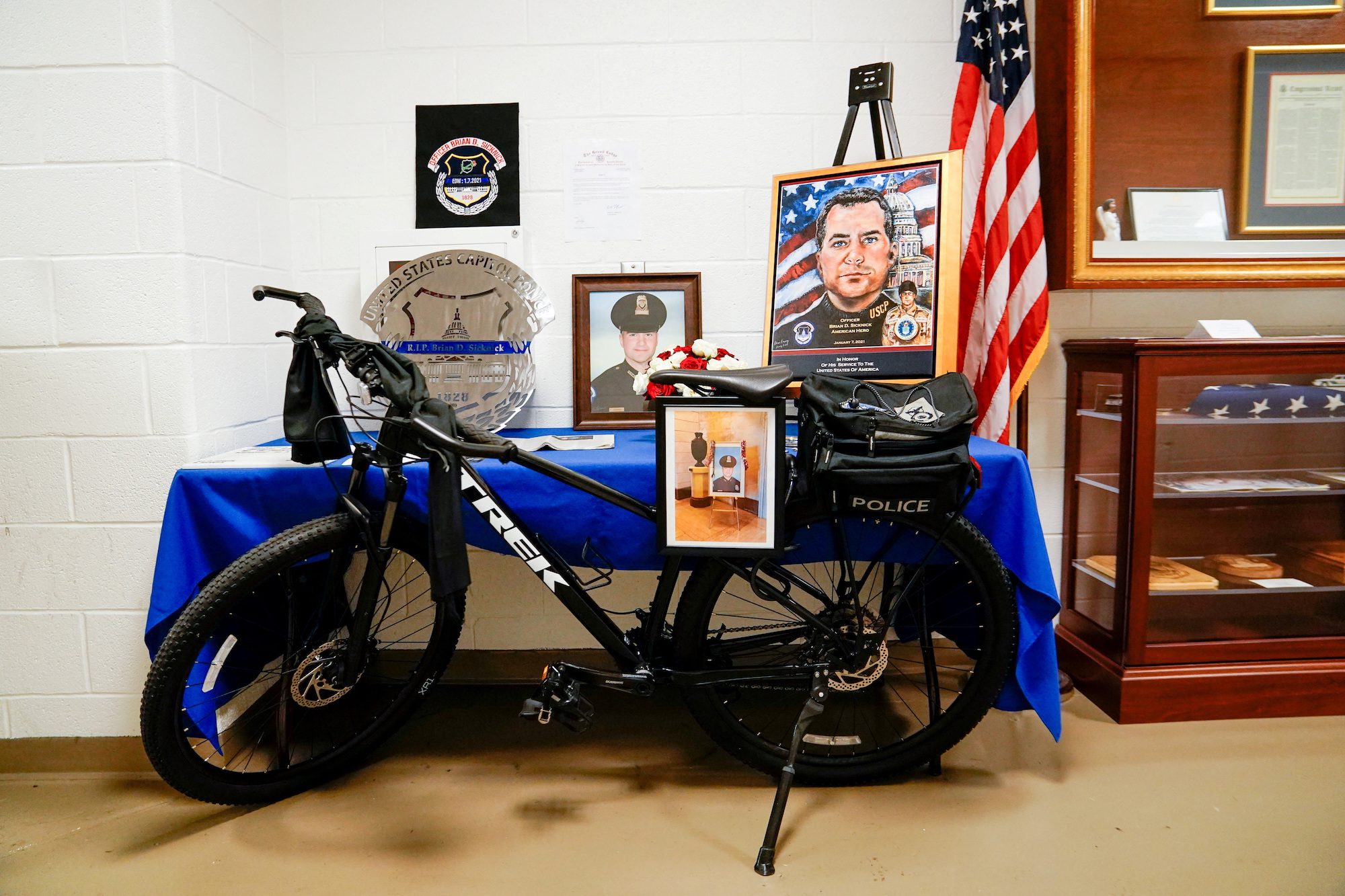 FALLEN POLICE OFFICER. Capitol Police Officer Brian Sicknick's bicycle is displayed as part of a memorial to him in the US Capitol in Washington, US, May 22, 2021. Sicknick suffered two strokes and died on January 7, the day after responding to the Capitol riot on January 6, 2021.

Facebook Twitter Copy URL
Copied
'Defendant Trump intentionally riled up the crowd and directed and encouraged a mob to attack the US Capitol and attack those who opposed them,' Brian Sicknick's estate claims in the court papers

The estate of a US Capitol Police officer who died a day after the January 6, 2021, riots sued former president Donald Trump for wrongful death on Thursday, January 5, claiming that he incited his supporters to commit violence that day.

The lawsuit was filed in US District Court in Washington against Trump on behalf of the estate of Officer Brian Sicknick, who died at age 42 from a series of strokes on January 7.

A medical examiner said that Sicknick had not suffered any injuries during the attack on the US Capitol, where lawmakers were certifying results of the presidential election, ruling that Sicknick’s death was due to natural causes, but said the violent events of January 6 likely “played a role in his condition.”

“Defendant Trump intentionally riled up the crowd and directed and encouraged a mob to attack the US Capitol and attack those who opposed them,” Sicknick’s estate claims in the court papers.

“The violence that followed, and the injuries that violence caused, including the injuries sustained by Officer Sicknick and his eventual death, were reasonable and foreseeable consequences of Defendant Trump’s words and conduct,” the lawsuit alleges.

A spokeswoman for Trump could not be reached for comment on Thursday evening.

In addition to wrongful death, the lawsuit accuses Trump of violating Sicknick’s civil rights, assault, and negligence. The estate seeks $10 million in damages. Two January 6 protesters were also named in the complaint.

A Democrat-led US House of Representatives panel probing the events of January 6 asked federal prosecutors in December to charge Trump with obstruction and insurrection. 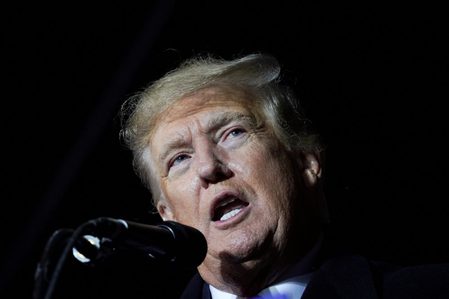 The committee’s request to the US Department of Justice marked the first time that Congress referred a former president for criminal prosecution. – Rappler.com