US COVID-19 public health emergency to stay in place 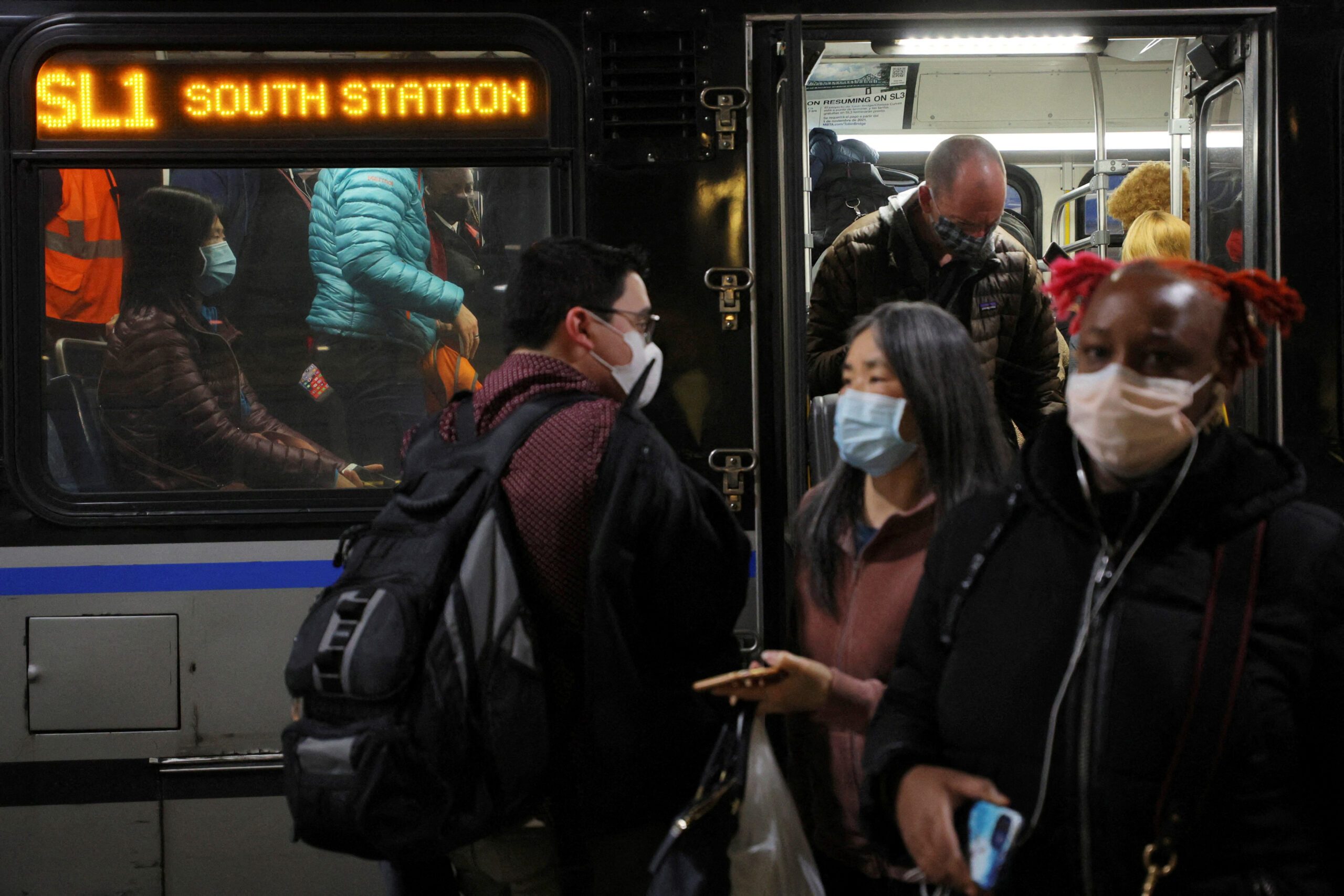 In this file photo, travelers wearing masks arrive at Logan International Airport via an MBTA Silver Line bus, after a federal judge in Florida struck down the CDC's public transportation masking order due to the coronavirus disease (COVID-19) pandemic, in Boston, Massachusetts, US, April 19, 2022.

WASHINGTON, DC, USA – The United States will keep in place the public health emergency status of the COVID-19 pandemic, allowing millions of Americans to still receive free tests, vaccines, and treatments until at least April of next year, two Biden administration officials said on Friday.

The possibility of a winter surge in COVID-19 cases and the need for more time to transition out of the public health emergency to a private market were two factors that contributed to the decision not to end the emergency status in January, one of the officials said.

The public health emergency (PHE) was initially declared in January 2020, when the coronavirus pandemic began, and has been renewed each quarter since. But the government in August began signaling it planned to let it expire in January.

The US Department of Health and Human Services (HHS) has promised to give states 60 days notice before letting the emergency expire, which would have been on Friday if it did not plan on renewing it again in January. The agency did not provide such notice, the second official said.

Health experts believe a surge in COVID-19 infections in the United States is likely this winter, one official said.

“We may be in the middle of one in January,” he said. “That is not the moment you want to pull down the public health emergency.”

Daily US cases are down to an average of nearly 41,300 as of Nov. 9, but an average of 335 people a day are still dying from COVID, according to the latest US Centers for Disease Control and Prevention (CDC) data.

Daily US cases are projected to rise slowly to nearly 70,000 by February, driven by students returning to schools and cold weather-related indoor gatherings, the University of Washington’s Institute for Health Metrics and Evaluation (IHME) said in an October 21 analysis. Deaths are forecast to remain at current levels.

The officials said a lot of work remained to be done for the transition out of the public health emergency.

The government has been paying for COVID-19 vaccines, some tests, and certain treatments, as well as other care under the public health emergency declaration. When the emergency expires, the government will begin to transfer COVID-19 healthcare to private insurance and government health plans.

Health officials held large meetings with insurers and drugmakers about moving sales and distribution of COVID-19 vaccines and treatments to the private sector in August and October, but none have been publicly announced since.

“The biggest motivation from a policy perspective is ensuring a smooth transition to the commercial market and the challenge of unraveling the multiple protections that have been put in place,” said Dr. Jen Kates, senior vice president at the Kaiser Family Foundation. “Extending the PHE provides more time to manage that.”

The biggest challenge is uninsured people, she said. Most Americans have government backed or private health insurance and are expected to pay nothing for COVID-19 vaccines and boosters, though they will likely incur some out-of-pocket costs for tests and treatments.

Uninsured children will also continue to get free vaccines, but it is unclear how they and some 25 million uninsured adults will avoid paying the full cost of tests and treatments, and how those adults will get vaccines.

Their number is set to grow with the emergency expiring. HHS estimates that as many as 15 million people will lose health coverage after a requirement by Congress that state Medicaid programs keep people continuously enrolled expires and states return to normal patterns for enrollment. – Rappler.com