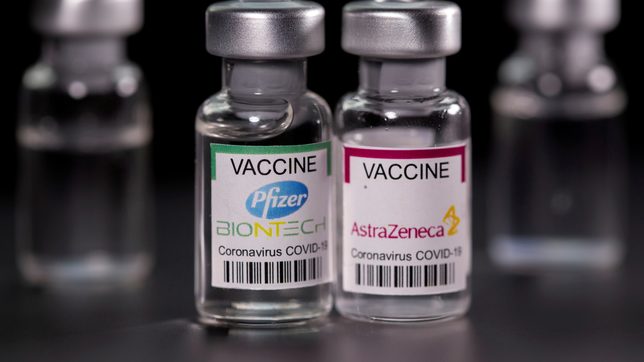 US Centers for Disease Control and Prevention Director Dr. Rochelle Walensky said on Friday, July 31, that there will be no nationwide mandate for Americans to get a COVID-19 vaccine, clarifying comments she made earlier during a televised interview.

“To clarify: There will be no nationwide mandate. I was referring to mandates by private institutions and portions of the federal government,” Walensky wrote in a Twitter post. “There will be no federal mandate.”

Earlier on Friday, when asked by a Fox News Channel interviewer, “Are you for mandating a vaccine on a federal level,” Walensky said: “That’s something that I think the administration is looking into.”

President Joe Biden’s administration has been seeking ways to increase vaccination levels in the United States at a time when some Americans have persisted in their refusal to get the shot. Biden on Thursday urged local governments to pay people to get vaccinated and set new rules requiring federal workers to provide proof of vaccination or face regular testing, mask mandates and travel restrictions.

The United States is experiencing rising numbers of COVID-19 cases, especially in areas with lower rates of vaccination. In particular, there have been growing numbers of cases of the Delta variant of the coronavirus, and health authorities this week introduced new measures to encourage vaccination and told fully vaccinated Americans to wear masks in COVID-19 hot spots.

Asked in the Fox News interview whether she understood the resistance a federal mandate would face from many people who think the decision on getting vaccinated should be made by them and their doctors, Walensky said: “I completely understand the pushback.”

But Walensky added that “this is not unlike…other vaccines that are mandated” such as for school children and for healthcare staff working in hospitals.

“So I understand both perspectives in that story,” Walensky said.

Anti-government protesters on Friday blocked intersections across Guatemala for the second day in a row as calls intensified for President Alejandro Giammattei and the attorney general to step down after the ousting of a top anti-corruption official.

Demonstrators blocked access to the Chixoy bridge in western Guatemala and the Los Ingenieros thoroughfare, a route that leads to Mexico. Other protests were taking place on the outskirts of the capital Guatemala City.

Friday’s demonstrations appeared smaller than protests a day earlier that drew thousands of people in the capital.

The move prompted a backlash from the United States, which has publicly backed Sandoval. US officials said they would pause some cooperation with Guatemala’s attorney general as Washington applies pressure on Central American governments to end impunity and tackle corruption.

In a show of support for Sandoval, a senior official from the US Agency for International Development (USAID), Mark Feierstein, met with Sandoval and posted photos of their meeting on Twitter.

Sandoval, who left Guatemala last weekend, said on Twitter Thursday evening, July 30, that the protests showed Guatemalans “demonstrating with deep democratic convictions and indignation against the onslaught of corruption, arbitrariness and abuse of power.”

Sandoval claimed he was fired after trying to investigate cases that implicated Giammattei in corruption, including an incident where a Russian businessman allegedly delivered bags of cash to the president in some way linked to the Sputnik V coronavirus vaccine. Giammattei this week strongly denied all the claims. – Rappler.com