What’s at stake in the 2022 US midterm elections 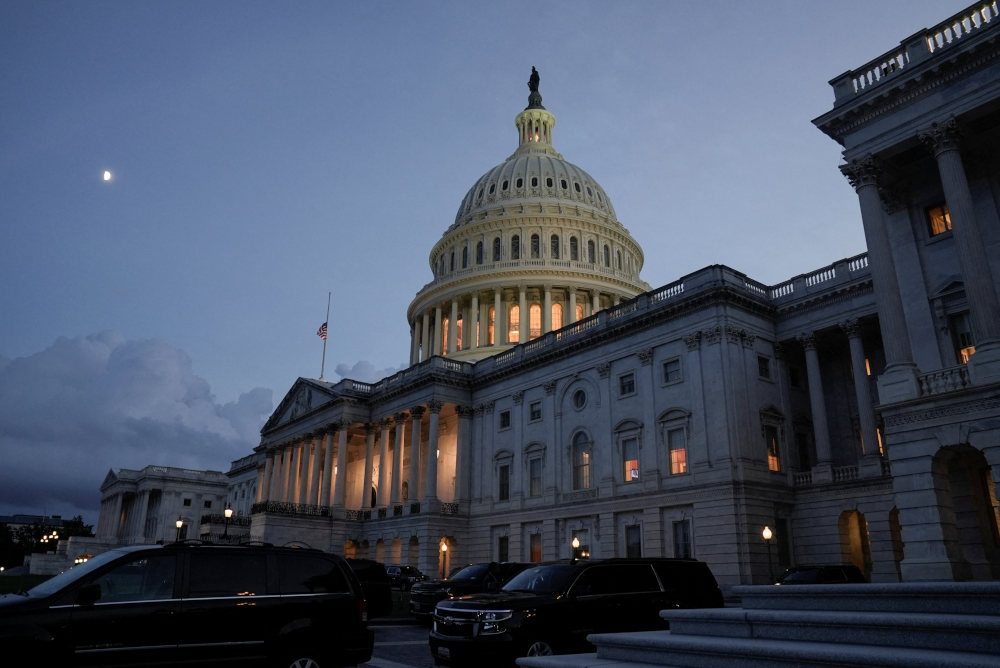 US CAPITOL BUILDING. A general view of the US Capitol on August 6, 2022.

Facebook Twitter Copy URL
Copied
This year, Republicans need only to gain five seats to assume the majority in the 435-member chamber

WASHINGTON DC, USA – Control of Congress is at stake in Tuesday’s US midterm elections, along with President Joe Biden’s agenda for the two years remaining in his term.

Republicans stand a strong chance of taking control of the US House of Representatives, while Democrats retain a slim hope of keeping a majority in the Senate. Republican control of either would be enough to derail most legislation Biden and his fellow Democrats want to enact and propel a flood of congressional probes of his administration.

In 2006, President George W. Bush famously said his Republicans took what he called a “thumping” in the midterms. Democratic President Barack Obama described his party’s loss of 63 House seats in the 2010 election as a “shellacking.”

In all three cases, control of the House flipped.

This year, Republicans need only to gain five seats to assume the majority in the 435-member chamber.

Fearing a Republican takeover, 31 House Democrats announced they were retiring or seeking other office, the most for the party since 1992. By comparison, 20 Republican House members announced retirement or that they were seeking another office.

Republicans’ prospects of winning have been enhanced through gerrymandering, the practice by which one party manipulates congressional district lines to entrench its own power during the once-a-decade redistricting process.

Republican state lawmakers passed advantageous new maps in large states such as Texas and Florida, while Democrats in New York had their own aggressive map invalidated by the state’s high court. Independent experts estimated that Republicans gained around three seats through redistricting, a smaller edge than in past cycles but one that could have a huge impact given the Democrats’ razor-thin majority in the House.

Fifty-three House races are widely viewed as tight contests on Tuesday, according to an aggregate of leading election analysts.

Republicans need to gain one seat to take control of the US Senate, which is currently divided 50-50 with Vice President Kamala Harris as the tie-breaking vote.

Midterms frequently serve as a referendum on the president.

Less than half of the country – 40% – approves of Biden’s job performance, according to a Reuters/Ipsos poll conducted October 31 to November 1. That same poll showed that 69% of Americans believe the country is on the wrong track, compared with just 18% who said it was on the right track.

Like Biden, Trump is not on the ballot. But the former president has backed a slate of like-minded candidates as he attempts to remain the de facto leader of his party ahead of another possible White House bid in 2024.

Democrats have been buoyed by the fallout from the US Supreme Court’s decision overturning the constitutional abortion protections of Roe v. Wade, which resulted in a surge of Democratic protest votes in a Kansas referendum and sparked a rise in voter registrations among women nationwide.

But opinion polls show the economy remains a much higher concern for voters, suggesting that anger over the abortion decision will not be enough to save Democrats.

Democrats also hope that Trump’s legal problems stemming from his potential misuse of classified documents and probes into his role in the push to overturn the 2020 presidential election result will make swing voters less inclined to support Republican candidates.

With Election Day approaching, some Democrats were again portraying their Republican opponents as election deniers and supporters of the January 6, 2021, US Capitol attack.

Despite a sharp drop in unemployment, the economy remains plagued by rampant inflation, which spiked the cost of household staples such as food and energy. Even as the price of gasoline and some consumer goods have come down, the Federal Reserve has taken aggressive steps to control inflation that could slow growth.

Polls by Reuters/Ipsos and others show the economy as the top concern of voters, far outpacing such issues as crime, immigration, abortion and the environment.

Democrats have argued that a climate and healthcare package passed by Congress in August will help tamp down inflation by, among other things, making prescription drugs more affordable and cutting healthcare costs.

The Biden White House also announced the government would forgive some student-loan debt, a controversial decision that Democrats hope will boost turnout among younger voters.

Republicans have charged the climate package and other Democratic measures to boost the economy have worsened inflation. Inflation and fears of a coming recession have been central to Republican arguments in the election’s final weeks.