Editor’s note: This press release is sponsored by Ticket2Me and was handled by BrandRap, the sales and marketing arm of Rappler. No member of the news and editorial team participated in the publishing of this piece.

Inspired by other microfilm festivals around the world, IKLI is an annual, online film festival initially featuring three categories: micro short (60 seconds or less) films, mini short (between 1:00-2:20) films, and super short (between 2:21-5:00) films. The festival motto is “The simpler, the better!”

For 2022, the theme is “Bitin! We deserve better!” to draw attention, in an entertaining but enlightening way, to the many stories that can help convince Filipinos all over the world that we deserve better: better government, better healthcare, better education, better livelihoods, better transportation – even better love lives!

Strategically aligned with the vision of the project and marking the commemoration of the 36th anniversary of the EDSA People Power Revolution, the following chosen entries will be shown on Ticket2Me and Rappler’s Youtube channels this coming February 25 from 12 pm to 3 pm: 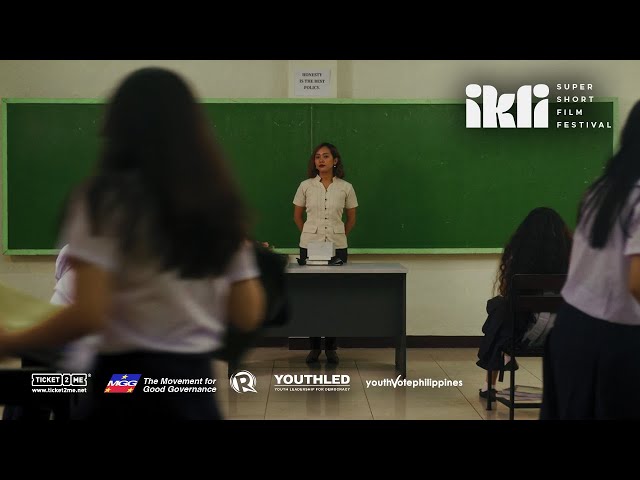 A virtual awarding ceremony will also be held in March to publicly recognize and congratulate the winners in each category of the first IKLI film festival.

Truly, it is a promising year for the country’s only fully digital end-to-end ticketing company, Ticket2Me, which serves live and online events. It is made accessible through its easy-to-use technology and aims to empower creators to provide value, bring people together, and build meaningful relationships.

If you want to know more about Ticket2Me and its services, send an email at ask@ticket2me.net. – Rappler.com

@Ticket2Me Facebook page
Ticket2Me is a fully-digital event ticketing, production and video platform with more than 11,000 combined cash and online payment options throughout the country. Content creators, event organizers, and ticket buyers can access the platform via www.ticket2me.net through their web or mobile browsers.
More about Ticket2Me