PCC to pursue review of Grab-Uber deal despite Uber closure 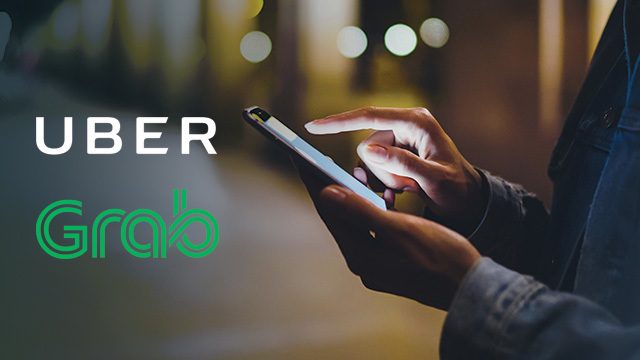 Facebook Twitter Copy URL
Copied
The Philippine Competition Commission also gives Grab and Uber until Tuesday, April 17, to explain why they failed to continue operating the platform as previously ordered

MANILA, Philippines – The Philippine Competition Commission (PCC) said it will continue its review of the Grab-Uber deal despite Uber shutting down on Monday, April 16.

“The motu proprio review… shall take its course in pursuit of [the PCC’s] mandate. As the antitrust authority, our lens is always focused on the market – in this case, we are reviewing the potential effects on competition in the merger between Grab and Uber,” the PCC said in a statement on Monday.

The antitrust watchdog noted that it is “aware there are many factors that led to the shutdown of the Uber app.”

“This development may have rendered the review conditions to be less than ideal, however, this move shall not derail the motu proprio review,” it added. (READ: Does PCC understand Grab-Uber deal? Grab says operations can’t be ‘separate’)

The PCC also wants Grab and Uber to explain why the latter shut down, despite the commission ordering it to continue operating while the review is ongoing.

“The parties are given until April 17 to explain why they have failed to continue operating the platform, as required in the Interim Measures Order,” said the PCC.

The commission’s order contradicted that of the Land Transportation Franchising and Regulatory Board (LFTRB), which ordered Uber to end operations before April 16.

When the PCC previously ordered Uber to continue running beyond April 8, Grab had said it would shoulder the cost of the extension but only until April 15.

The PCC now plans to fast-track the completion of its review, “given how it is imbued with public interest.”

“When a big player buys out its competitor, there will be many economic and legal factors that need to be scrutinized,” the commission added. (READ: LTFRB to Grab: Explain ‘illegal’ P2-per-minute travel charge)

The PCC went on to reiterate that Grab’s acquisition of Uber’s assets creates a potentially distorted market for ride-hailing.

“Grab’s buyout of Uber will mean gobbling up 93% of the ride-hailing market. The accreditation of new TNCs (transport network companies) is a welcome development to allow passengers to have more choices. We note, however, that the incoming TNCs are left with only 7% share in the market,” said the commission.

“Established firms have the advantage of an existing user base due to network effects. This means that when you buy a firm, in effect, you also get its customer base,” it added.

The PCC said it would take that into consideration during the review to level the playing field.

“In the end, the PCC stands with the passengers to protect them from the perils of monopoly,” it concluded. (READ: Senators slam Grab’s ‘predatory pricing, overcharging’) – Rappler.com