‘Serve me bukbok rice, I will eat it,’ says Piñol 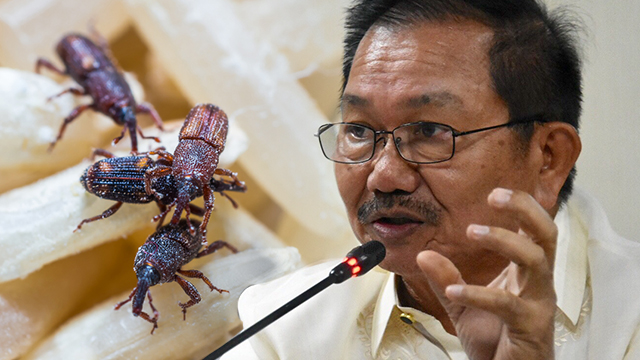 In an interview with ANC on Tuesday, August 28, the agriculture chief said rice with weevils “don’t even have to be fumigated for the public to eat,” and can just be washed with water.

“Serve me bukbok rice, I will eat it,” he said.

The statement comes after reports that National Food Authority (NFA) imports from Thailand arrived with many weevils and needs fumigation.

But Piñol said if it is only around 10 “lonely bukbok crawling over a sack of rice,” there is no reason to panic.

Piñol even went on to say that their presence meant the rice imports were given little insecticide, which is good for the public’s health.

“The presence of the bukbok in rice, while it may result in the deterioration of quality, is actually the best proof that the rice has not been sprayed with chemicals,” he said.

NFA Spokesperson Rex Estoperez previously said fumigation for weevil-infested rice will be the responsibility of suppliers. The government will not shoulder costs. – Rappler.com