How global companies are responding to novel coronavirus 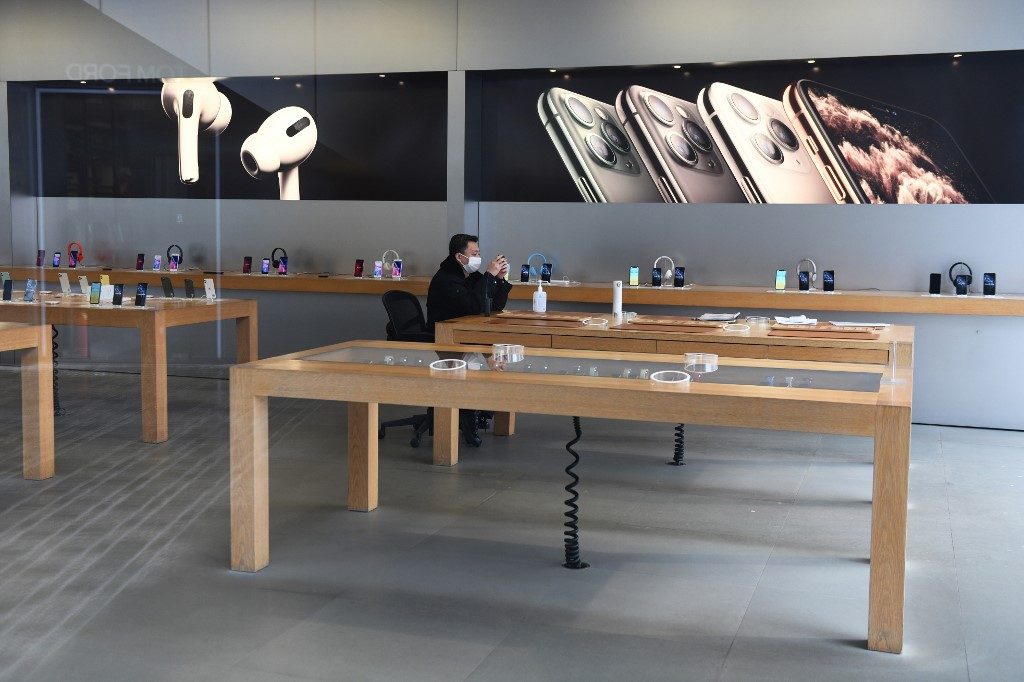 Facebook Twitter Copy URL
Copied
From canceling flights to shutting down stores, here's how multinational firms are dealing with the novel coronavirus outbreak

LONDON, United Kingdom – Given China’s economic heft and position in the nexus of global supply chains, the new strain of coronavirus is affecting companies from far and wide in multiple sectors.

Here’s how a selection of multinational brands are responding to the epidemic, which has forced many companies to stay shut until at least February 10 after China extended its Lunar New Year holidays:

The travel sector is most directly affected by China’s decision to quarantine dozens of cities and ban overseas tour groups, in a bid to contain the outbreak. Other countries have told their nationals to avoid travel to China and banned arrivals from there.

Many airlines are trimming their schedules. Air Canada, Air France, British Airways, Delta, and Lufthansa are among leading carriers that have canceled all their flights to China.

Hong Kong’s Cathay Pacific is suffering the biggest financial hit, and on Wednesday, February 5, asked its entire workforce of 27,000 to take up to 3 weeks of unpaid leave.

Casinos in Macau, normally a playground for the rich and the hopeful from mainland China, have closed their doors. So have Disney theme parks in Shanghai and Hong Kong.

Paris department stores, a de rigueur stop for Chinese tour groups, are unusually quiet. Italy’s tourism market could face a hit of 4.5 billion euros this year, according to the think tank Demoskopika.

Cinemas around China have been forced to close, during what was meant to be a prime time for blockbuster releases during the holidays. Canada-based Imax Corporation could be deprived of $60 million to $200 million in lost box-office revenues, according to analysts.

Taiwanese tech giant Foxconn is keeping its Chinese factories closed until mid-February and telling some staff to stay away for another 14 days, the incubation period of the virus.

That could affect global supply chains for tech companies that rely on Foxconn to assemble everything from Apple’s iPhones to flat-screen TVs and laptops.

For its part, Apple is working on “mitigation plans” to make up for any production loss from its suppliers in China.

Chinese giant Huawei says it is still examining its options for the February 24-27 conference in Barcelona.

Wuhan, the central Chinese city that is ground zero of the outbreak, is a hub for foreign carmakers from the United States, Europe, Japan, and South Korea.

The extended holidays have limited the immediate impact on their production in Wuhan itself, but concerns are growing about spillover effects, including on auto suppliers around China.

Hyundai Motor says it is suspending all production in South Korea because of a lack of parts from China.

Electric car pioneer Tesla says the virus could delay a planned acceleration of production at its giant new factory in Shanghai, and potentially affect earnings this quarter.

Mainland China is the second biggest market of US coffee chain Starbucks, with more than 4,000 outlets. Half of them have been closed by the outbreak.

Fast-food giant McDonald’s has closed all of its “several hundred” restaurants in Hubei, the province of Wuhan, but some 3,000 others in China remain open.

European plane maker Airbus has halted production from its plant at Tianjin, east of Beijing. Likewise for French group Safran, which makes helicopter engines and airplane components out of Tianjin and other plants in China.

Heavy-equipment maker Caterpillar, which has already suffered from the Sino-US trade war, warned of “continued global economic uncertainty” this year.

Nike warned of a “material impact” on operations in mainland China, Hong Kong, and Taiwan. The sports apparel and footwear giant has closed about half its stores in China and experienced a drop in retail traffic at those still open.

Fellow sports apparel giant Adidas said it was closing a “significant” number of its stores in China. Adidas cited a “negative” impact and warned it expects further impacts on its operations in the country.

The German company has around 500 of its own stores in China and some 11,500 outlets in franchise stores.

Not all companies are suffering. 3M, a leading maker of protective face masks, is cranking up production.

The server of British games studio Ndemic Creations went down in late January after a surge in popularity for its title Plague Inc., in which players vie to “bring about the end of human history by evolving a deadly, global plague.” – Rappler.com