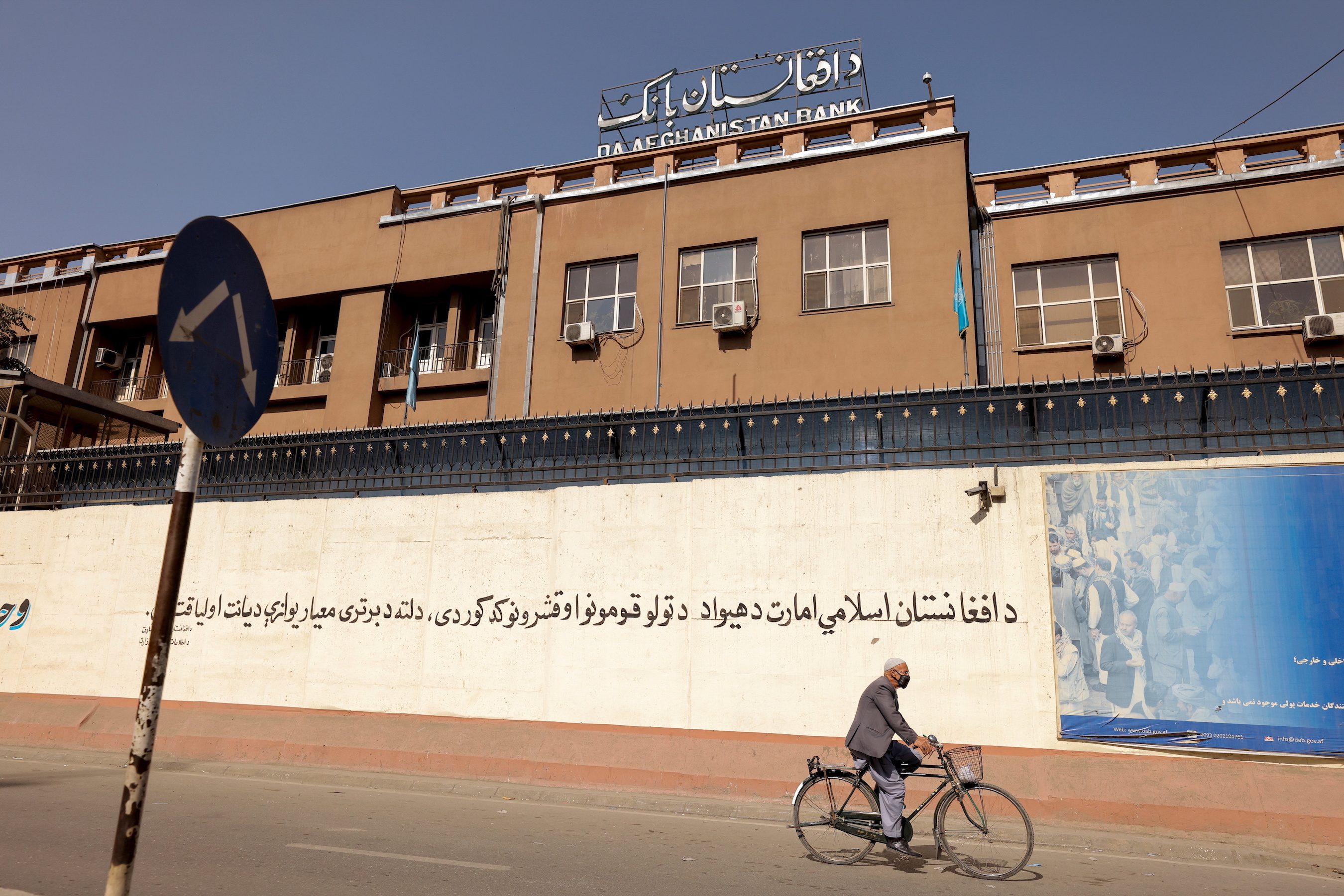 Afghanistan’s central bank has eased restrictions on bank withdrawals, lifting the maximum to $400 from dollar-denominated accounts or 30,000 afghanis a week from the previous limit of $200 or 20,000 afghanis, the central bank said on Wednesday, November 3.

The change, which sets a monthly limit on withdrawals of $1,200 or 100,000 afghani, came amid growing economic hardship that has left millions in Afghanistan without work and facing hunger.

Even those with savings have struggled to pay for food and household necessities because of the strict limits on withdrawals that were brought in to prevent a run on banks.

Afghanistan’s foreign exchange reserves have been restricted following the victory of the Taliban over the Western-backed government in August, severely limiting the new administration’s room for financial maneuver.

Some $9.5 billion in central bank reserves remain blocked outside the country and international support given to the previous government has dried up.

This week, the Taliban government banned the use of foreign currencies for transactions like buying a car or a house, saying all contracts must be denominated in the afghani currency. – Rappler.com