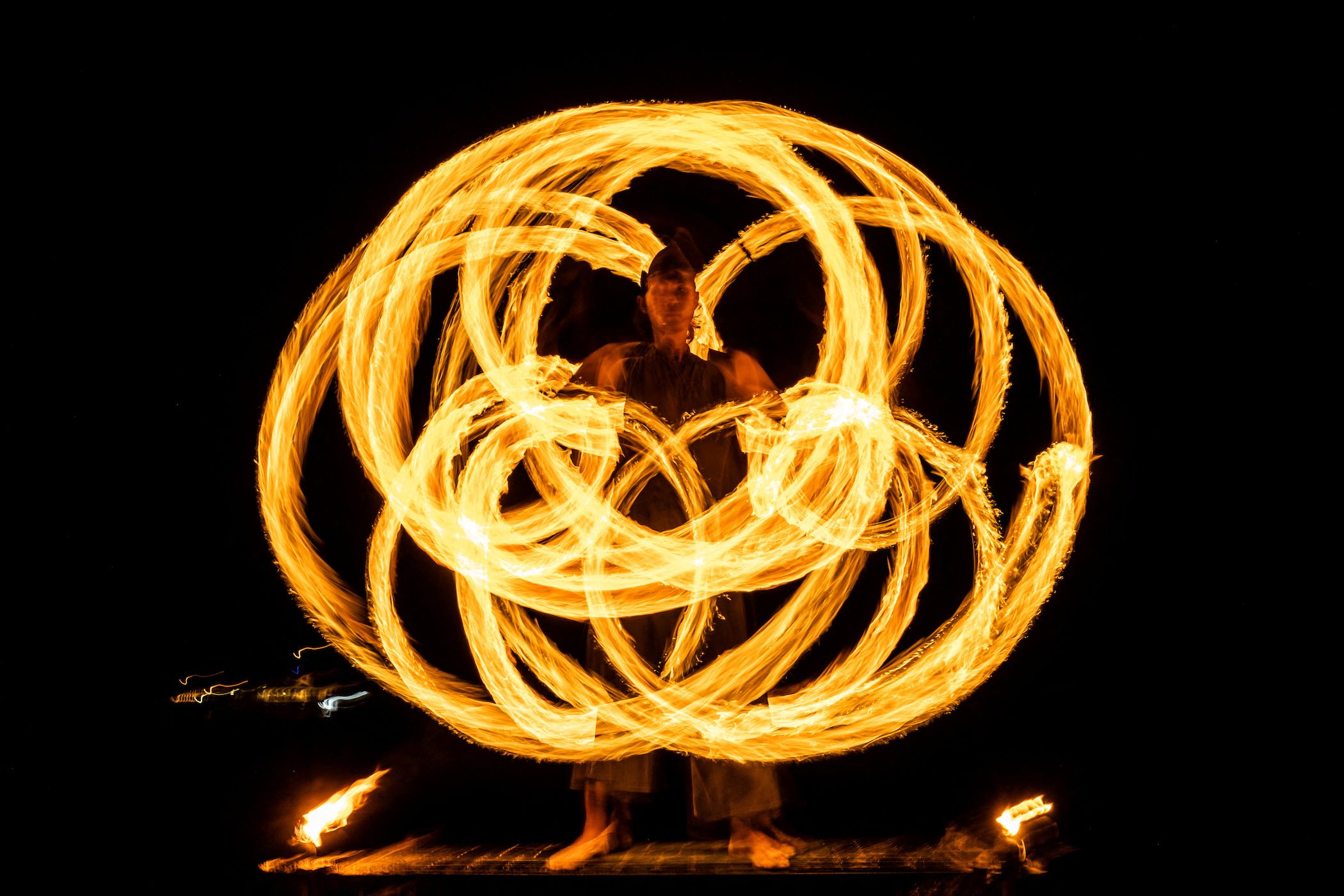 FIRE SHOW. A performer takes part in a fire show at the beach in Phuket, Thailand, December 28, 2022.

Facebook Twitter Copy URL
Copied
International flights to and from China are at just 8% of pre-pandemic levels, VariFlight data shows, but carriers are looking to ramp up capacity

Asian countries are bracing for an influx of Chinese tourists as COVID-19 restrictions are dismantled, and while some are wary, operators in others are preparing packages such as hotpot buffets to cash in on the expected spike in travel.

Chinese tourists will no longer need to quarantine on return home starting January 8, the government announced this week, a move that spurred a surge in bookings from what was the world’s largest outbound travel market in 2019.

The once $255 billion a year in global spending by Chinese tourists ground to a virtual halt during the pandemic, leaving a gaping hole in the Asian market, where countries from Thailand to Japan had depended on China as the largest source of foreign visitors.

International flights to and from China are at just 8% of pre-pandemic levels, VariFlight data shows, but carriers are looking to ramp up capacity as authorities ease COVID-driven limits on the number of flights.

“There is little doubt mainland Chinese are the spark plug for Thailand’s tourism recovery,” said Bill Barnett, managing director of hospitality consultancy C9 Hotelworks. “It’s not a question of if it will happen, it’s now just a matter of how many and how fast.”

Malaysia Airlines and Vietnamese budget carrier VietJet Aviation said they hope to restore China flights to pre-pandemic levels by June 2023, while others such as Singapore Airlines and Australia’s Qantas Airways declined to provide detailed targets as the situation evolves.

Chinese airlines are likely to make significant increases to capacity from the end of March, coinciding with the start of the summer scheduling season, Morningstar analyst Cheng Weng told clients in a note.

Rebound ‘with a vengeance’

The prospect of cash-rich Chinese flocking to shopping streets across the world boosted luxury stocks this week, as China accounts for 21% of the world’s 350-billion-euro ($371.91 billion) luxury goods market.

As the Lunar New Year holiday – typically a peak travel period for Chinese tourists – starts on January 21, some businesses are already gearing up.

Sofitel Sentosa in Singapore is creating Lunar New Year packages aimed at Chinese visitors, including a hotpot buffet and romantic packages for couples, said Cavaliere Giovanni Viterale, general manager of that hotel and the upcoming Raffles Sentosa, as the company bets that a travel rebound will come “with a vengeance.”

In Japan, tour bus firm Hato Bus says next month it will try out Chinese-language tours it had halted during the pandemic, with the aim of a full resumption by the spring, a spokesperson said.

Japan, however, is being cautious about Chinese tourism due to the rapid spread of the virus in China. It is requiring a negative COVID-19 test on arrival from Chinese visitors, and those who test positive must quarantine for seven days under new border measures taking effect on Friday, December 30.

The United States said it would impose mandatory COVID tests on travelers from China, joining India, Italy, and Taiwan in taking new measures, while the Philippines is considering a testing requirement.

Australia, Germany, Thailand, and others, however, said they would not impose additional rules on Chinese travel for now, with France taking to social media platform Sina Weibo to emphasize it welcomed Chinese friends “with open arms.”

In Vietnam, where tourist visas for Chinese are not yet being issued, Saigon Halong Hotel in Halong Bay expects it will receive Chinese arrivals from the second quarter of next year.

“There are still very few flights and they would be booking very last minute,” he said. “I suspect any meaningful rebound will have to wait until the travel boom in June or July next year.” – Rappler.com