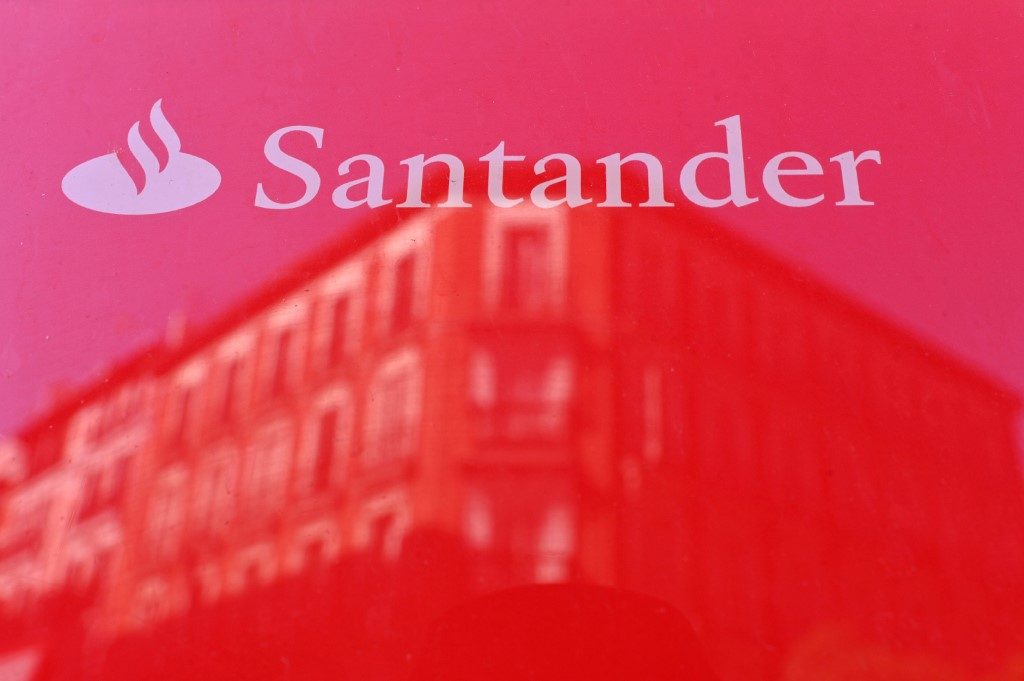 Facebook Twitter Copy URL
Copied
Another source says the job cuts at Banco Santander, Spain's largest bank, are mostly due to greater use of online banking

Another source close to the negotiations said the job cuts are mostly due to greater use of online banking, which has surged “by nearly 50%” this year amid the pandemic.

Santander expects transactions at physical bank branches “will be reduced by half during the next two years,” the source added.

As a result around 1,000 jobs will also be “reorganized internally,” the source said.

Santander, Spain’s largest bank, in 2019 announced it wanted to cut its costs by 1.2 billion euros ($1.4 billion) per year over the following two years.

At the same time it said it planned to invest over 20 billion euros over 4 years in its “digital transformation.”

Santander in 2018 already slashed over 3,200 jobs in Spain as part of a restructuring linked to its absorption of its troubled rival Banco Popular in 2017.

The bank posted a net loss of 9 billion euros during the 9 months to September as economic fallout from the pandemic hit, although its performance improved in the 3rd quarter. It is the first time that the bank has posted a loss.

Spain’s 5th largest bank, Banco Sabadell, said on Tuesday, November 10, that it plans to cut 1,800 jobs in Spain as part of a restructuring.

Spain has been one of the countries worst affected by the coronavirus pandemic and while its tourism-dependent economy generally did better in the 3rd quarter, a resurgence in cases has led to new restrictions which many fear will once again hit business hard.

The International Monetary Fund sees Spain’s gross domestic product slumping by 12.8% this year, which would make it the worst-hit country among the world’s advanced economies. – Rappler.com