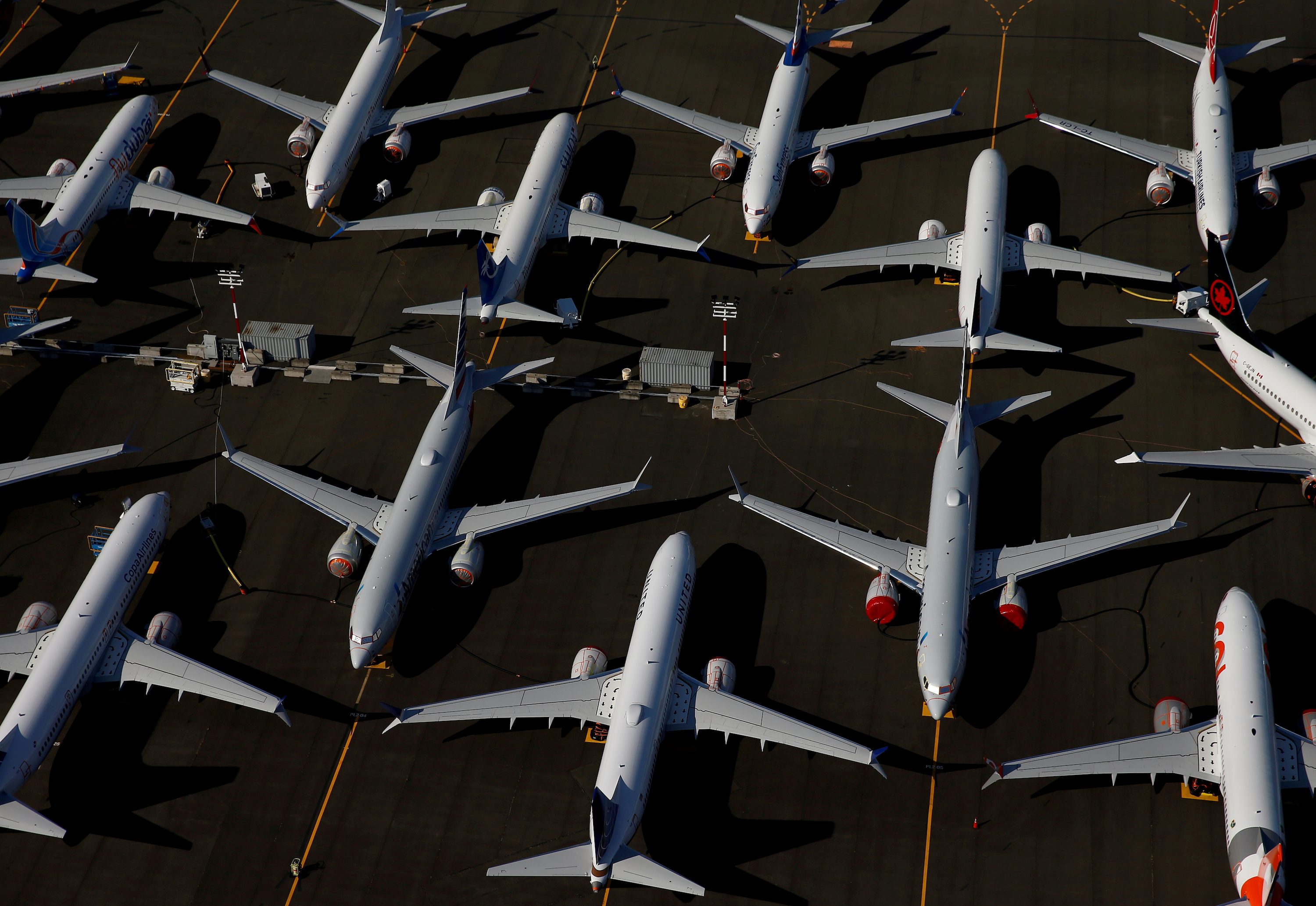 Facebook Twitter Copy URL
Copied
The proposed agreement will require the election of an additional Boeing board director with aviation/aerospace, engineering, or product safety oversight expertise within one year

Boeing current and former company directors have reached a $237.5-million proposed settlement with shareholders to settle a lawsuit over the board’s safety oversight of the 737 MAX aircraft, documents released on Friday, November 5, show.

Following two fatal 737 MAX crashes in the space of five months in 2018-2019 that killed 346 people, Boeing’s best-selling plane was grounded for 20 months and returned to service after the company made significant software and training improvements.

The proposed agreement, which is being filed in Delaware Chancery Court late on Friday and was confirmed by Boeing, will require the election of an additional board director with aviation/aerospace, engineering, or product safety oversight expertise within one year.

New York State Comptroller Thomas DiNapoli and the Fire and Police Pension Association of Colorado, the lead plaintiffs, said the settlement if approved will be the largest monetary recovery in a lawsuit filed in the Delaware Courts over allegations that directors failed to protect against the risk of harm.

Boeing’s board “failed in their fiduciary responsibility to monitor safety and protect the company, its shareholders, and its customers from unsafe business practices and admitted illegal conduct,” DiNapoli said. “It is our hope, moving forward, that the reforms agreed to in this settlement will help safeguard Boeing and the flying public against future tragedy and begin to restore the company’s reputation.”

The agreement calls for Boeing’s board to always be required to have at least three directors with safety-related experience, according to the proposal, which must be approved by a judge to become final.

Under the settlement, Boeing would amend its bylaws to require the separation of the chief executive officer and board chair positions, and create for at least five years an ombudsperson program to provide Boeing employees conducting airplane certification work for the Federal Aviation Administration with a way to raise work-related concerns.

The settlement would also require Boeing to provide annual public reports on safety-related enhancements implemented by the planemaker since the MAX air disasters.

The financial penalty is to be paid by insurers to Boeing, the documents show, minus up to $29.7 million in legal fees and expenses to the shareholder attorneys.

Boeing’s current and former directors do not admit wrongdoing and assert they were acting in the best interests of Boeing and its stockholders, according to the settlement.

The Delaware court in September ruled Boeing stockholders could pursue some claims against the board, saying the first 737 MAX crash was a “red flag” about a safety system known as MCAS “that the board should have heeded but instead ignored.”

The crashes have cost Boeing some $20 billion. Boeing agreed to a deferred prosecution agreement with the US Department of Justice in January including $2.5 billion in fines and compensation stemming from the 737 MAX crashes.

Boeing confirmed the settlement and said “Boeing has taken significant actions to reinforce and strengthen our commitment to aviation safety” since the crashes.

The settlement, it added, “builds on those actions with additional oversight and governance reforms that will further advance safety and quality in the work that we do.”

Boeing’s board includes the recent additions of retired lieutenant general Stayce Harris, who has over 10,000 hours experience as a pilot of Boeing aircraft; and David Joyce, who led GE Aviation from 2009 to 2020. – Rappler.com