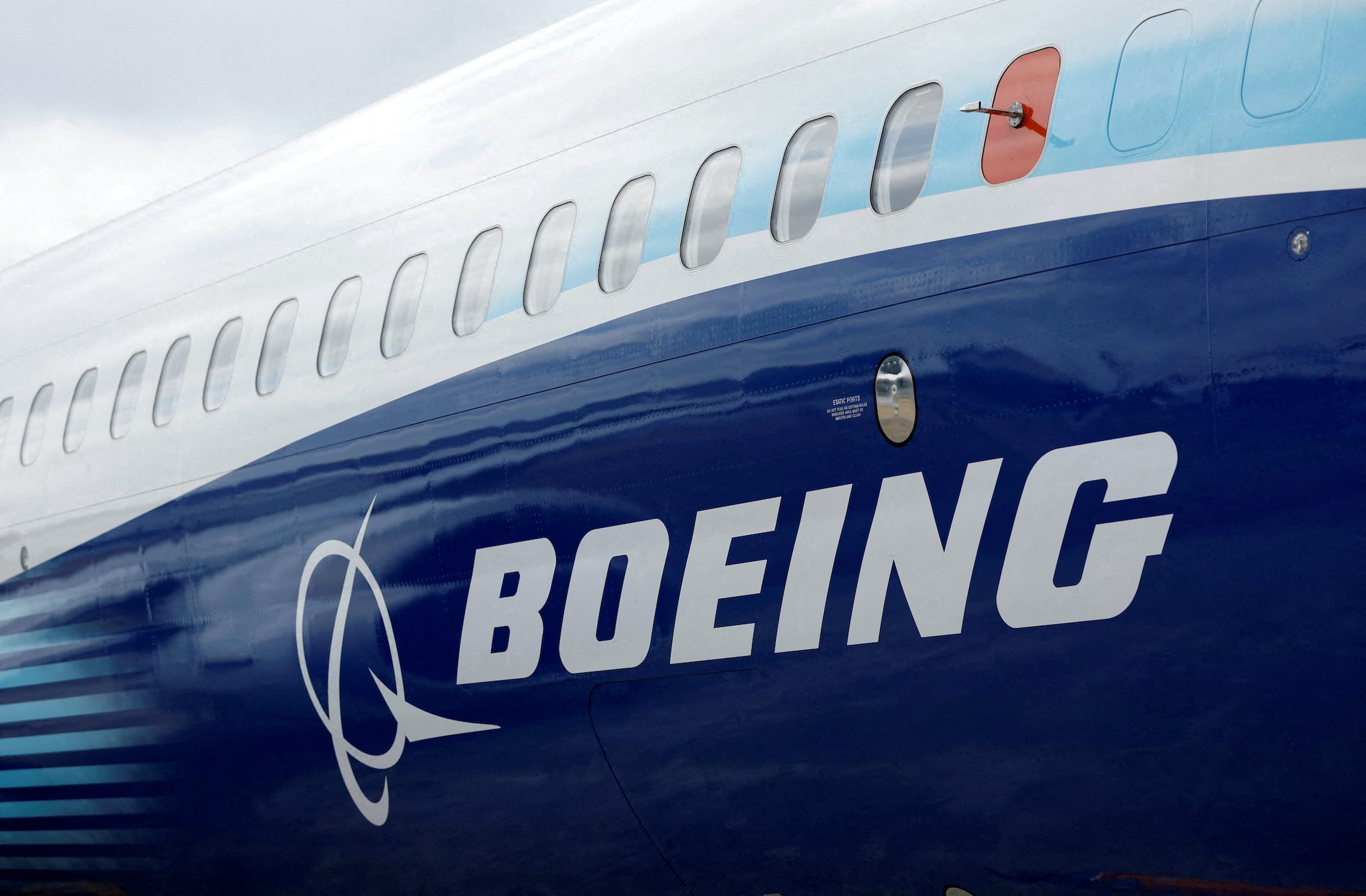 Facebook Twitter Copy URL
Copied
Boeing says it has not seen any pullback in demand for aircraft, but adds supply bottlenecks will determine production and delivery rates for 737 and 787 jets

Boeing executives on Wednesday, July 27, cut estimates for 737 MAX deliveries this year and warned that supply chain constraints have capped its ability to ramp up jet production despite “significant” demand.

The comments on an earnings call underscored challenges the planemaker faces despite a dramatic improvement in cash flow in the quarter through June. The company’s shares retreated from the day’s highs and closed up 0.1% at $156.09.

Boeing said it aims to stabilize the 737 production rate at 31 a month despite nagging supply chain problems. It expects supply issues and uncertainties in China will keep MAX deliveries this year closer to the “low 400s” than an earlier estimate of about 500.

West said the company has increased its presence at the facilities of suppliers and set up teams of experts to address supply crunch in a number of areas, including engines, raw materials, and semiconductors.

Some analysts were not sure if the measures would help fix the production issues.

“While the worst is probably behind for Boeing, we still see better, less heart attack-inducing opportunities in the aerospace sector,” analysts at Vertical Research Partners wrote in a note after Boeing’s earnings call.

Supply-chain concerns dominated last week’s Farnborough Airshow where suppliers and manufacturers said they were scrambling to source everything from raw materials to small electronic components to keep production moving.

Resuming deliveries of 787 Dreamliners and clearing inventories of its cash-cow 737 MAX are vital for Boeing to emerge from overlapping crises: the pandemic and the grounding of its best-selling model after fatal crashes. This has drained its cash and saddled Boeing with debt.

Boeing said it has not seen any pullback in demand for aircraft, but added supply bottlenecks will determine production and delivery rates for 737 and 787 jets.

Yet, the Virginia-based planemaker expects a step-up in deliveries of both jets, resulting in higher cash flow in the second half and next year.

Chief executive Dave Calhoun said Boeing was working with regulators for certifications by the end of this year of the shorter 737 MAX 7 and longer 737 MAX 10 variants, and was in “final stages” of preparing to restart 787 Dreamliner deliveries.

“We are on the verge of returning to the 787 delivery process,” Calhoun said on an investor call, but declined to give a timeline for resumption of the wide-body jet’s deliveries.

Boeing posted a wider-than-expected adjusted loss of 37 cents per share in the second quarter due to charges at its defense, space, and security business unit. Operating cash flow came in at $81 million in the quarter.

Overall, it burned $182 million in cash in the quarter through June, far lower than an outflow of $3.6 billion in the first quarter. Analysts had expected a cash burn of $1.2 billion, as per Refinitiv data.

Boeing’s cash flow has become a focal point for investors, as the planemaker borrowed heavily to wade through successive crises caused by the 737 MAX grounding and the pandemic. The company’s debt stood at $57.2 billion as of June 30. – Rappler.com