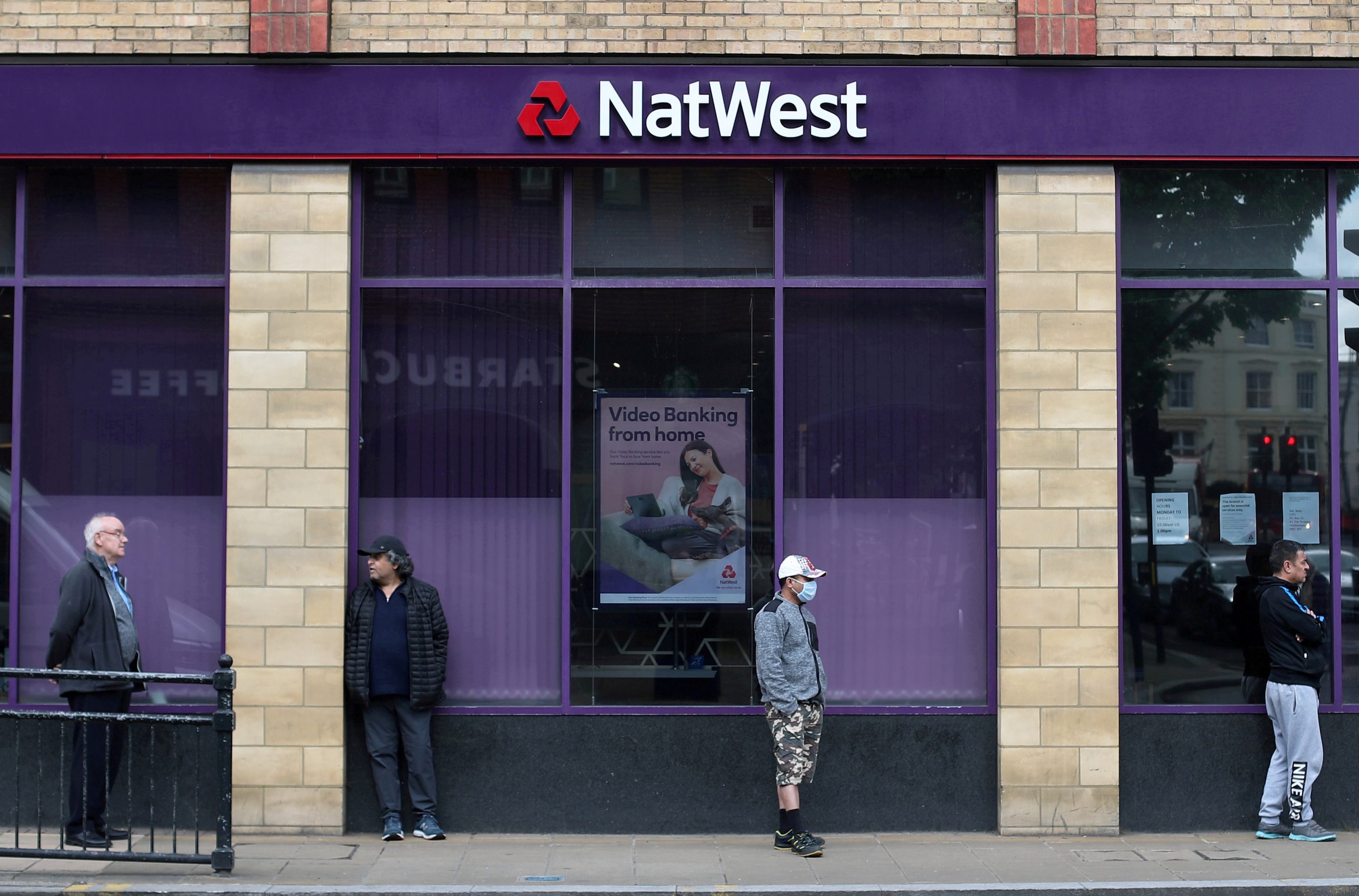 NATWEST. People queue outside a NatWest bank in Wimbledon in London, Britain, May 1, 2020.

Britain’s financial regulator has started a criminal action against NatWest over allegations it failed to detect suspicious activity by a customer depositing nearly 400 million pounds ($553 million) over 5 years, mostly in cash.

The action is the first such case against a British bank under a 2007 money laundering law. If convicted, the bank faces a maximum penalty of an unlimited fine.

The Financial Conduct Authority (FCA) said it was bringing the proceedings after NatWest’s systems failed to adequately monitor and scrutinize activity over an account held by a British customer between November 2011 and October 2016.

NatWest had previously disclosed in its 2020 annual report an FCA investigation in relation to “certain money services businesses and related parties.”

The business was Fowler Oldfield, a Bradford-based gold dealer and jeweler liquidated after a police raid in 2016, a source familiar with the matter said. Bloomberg first reported the identity of the customer.

In the last statement by liquidators for Fowler Oldfield, dated December 2020 and filed at Companies House, they said NatWest was the secured creditor and that the police held the company’s seized assets.

Telephone numbers listed for Fowler Oldfield did not work.

NatWest will appear in court on April 14, the FCA said.

The watchdog was keeping the possibility of charging individuals under review, a source said.

The bank said on Tuesday, March 16, it took the matter “extremely seriously” and was cooperating with the investigation, adding it had made multi-year investment in its financial crime systems and controls.

The case threatens NatWest with further costs for past misdeeds at a time when it has been trying to clean up its image under chief executive officer Alison Rose, who took over in 2019.

The bank – which remains 62% state-owned after a bailout in the 2007-2009 financial crisis – rebranded from the scandal-tainted Royal Bank of Scotland name last year.

“In terms of enforcement, initiating a criminal prosecution against a leading bank is like pressing the nuclear button,” commented Jonathan Fisher QC, barrister at Bright Line Law.

“In terms of reputation it is potentially very damaging, and given that anti-money laundering procedures have been around for a long time, if NatWest has fallen short, it leaves the bank with a lot of explaining to do.”

Claire Cross, a partner at law firm Corker Binning, said the FCA’s move would send “shockwaves” across the finance industry. “It also sets an important precedent – no one is too big to escape the FCA’s criminal net,” she added.

The company’s shares fell 3% in early trading and were last down around 1%, compared to a 1% gain for the FTSE 350 banks index. – Rappler.com