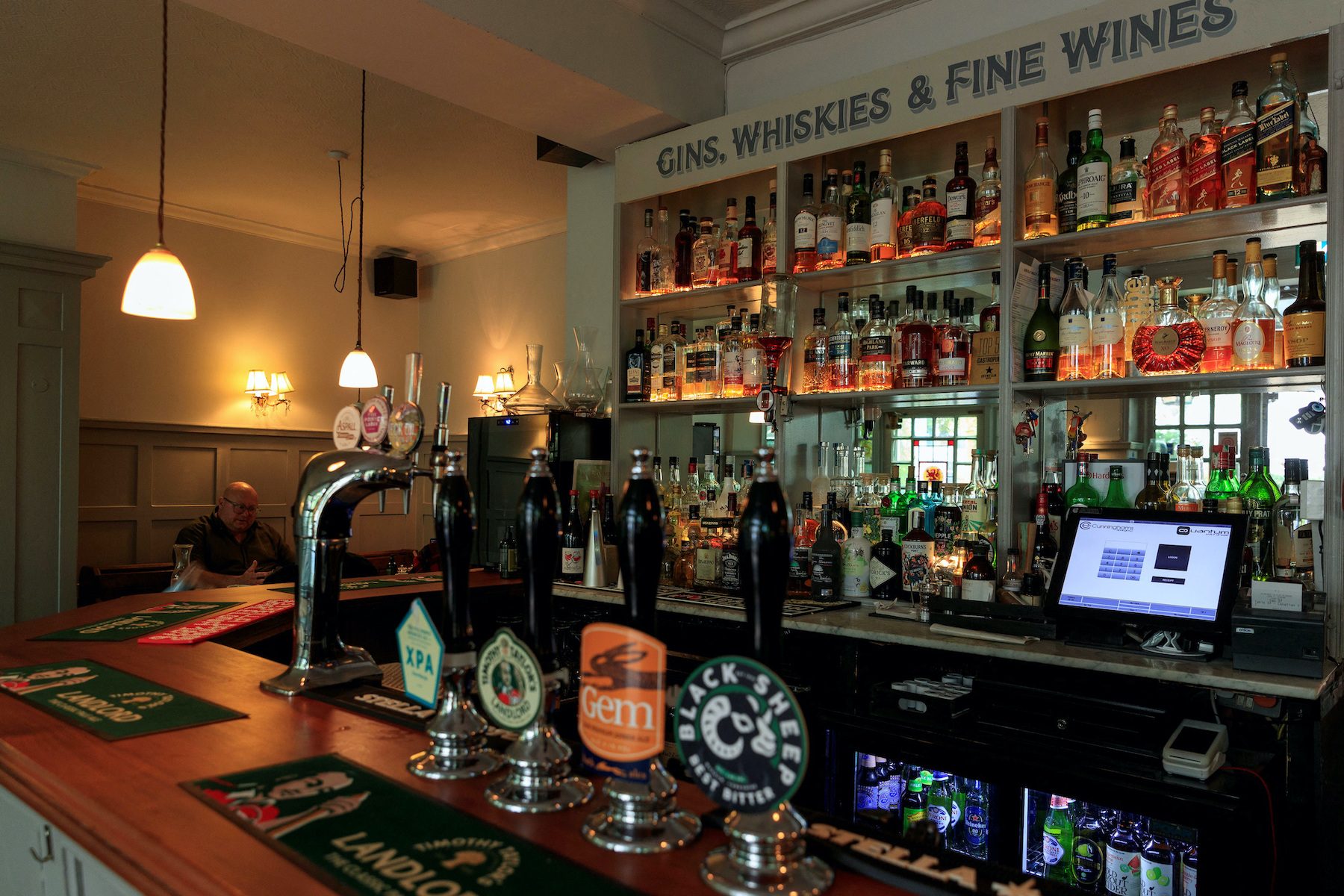 BRITISH PUB. James Cuthbertson, co-director of Frisco Group, sits for an interview with Reuters at the Red Lion and Sun, in London, Britain, August 30, 2022.

Facebook Twitter Copy URL
Copied
One British pub says its annual energy bill is on course to more than quadruple to 65,000 pounds ($76,000) in 2022

LONDON, United Kingdom – Like thousands of pubs across Britain, the Red Lion and Sun fears financial ruin this winter as its energy costs surge, just as business was starting to recover from the fallow years of the COVID-19 pandemic.

Nestled in a leafy north London suburb, the pub’s annual energy bill is on course to more than quadruple this year to 65,000 pounds ($76,000) from 16,000 pounds, said James Cuthbertson, a director of The Frisco Group, which manages the pub along with two others in the capital and southeast England.

“We need to come up with an extra 50,000 pounds in profits each year, at the same time that profits are coming to a standstill as consumers see their own prices rise at home,” he said.

The Red Lion and Sun’s dilemma is typical. Figures from energy analysts Cornwall Insight show that small UK businesses negotiating new energy contracts for the winter face on average a fourfold or fivefold price increase compared with deals made two years ago.

Over the same period, British wholesale natural gas prices have risen fourteenfold, including a doubling since Russia invaded Ukraine in February.

For Cuthbertson and others in his position, the choice is between raising prices, cutting staff, reducing opening hours, or closing entirely.

More than 400 British pubs closed down last year in the wake of pandemic lockdowns, according to a British real estate analysis company, and that number could rocket.

“It is extraordinarily difficult to see how good local community pubs are going to find their way through,” said Emma McClarkin, chief executive officer of the British Beer and Pub Association (BBPA).

Almost two-thirds of British hospitality businesses are currently in the red, according to research from the BBPA, the British Institute of Innkeeping, and UK Hospitality.

Cuthbertson said the Red Lion and Sun had cut back on lighting and could not rule out having to shut down over winter.

Keris de Villiers, who owns three pubs in south London, said raising prices, even by 20 just pence per pint, would really affect her regulars. “Many…are elderly and are struggling to afford to heat their homes,” she said.

Surging consumer price inflation – which hit a 40-year high of 10.1% in July and is set to rise further – will also limit the amount of money Britons have to spend on going out.

As well as correspondingly higher costs for key inputs to the brewing process such as hops and carbon dioxide, pubs are – like much of British industry – also facing rising staff costs.

The Bank of England forecasts Britain’s economy will slip into recession later this year and remain there throughout 2023.

“Trips to the pub will be few and far between in the months to come,” Hargreaves Lansdown analyst Susannah Streeter predicted.

Drinkers at the Red Lion and Sun were already cutting back, Cuthbertson said.

“I’ve seen three of our regulars in a single day choosing tap water over a pint to go with their lunch,” he said. “I’d maybe seen that only once a month before this.”

When British pubs and bars were closed outright during the COVID-19 pandemic, the state intervened with emergency funds.

Today, any similar intervention remains uncertain, as the government has said no new policies will be decided on before a new prime minister is announced on Monday, September 5.