The Bureau of Internal Revenue (BIR) is set to conduct a “full-blown tax investigation” against social media influencers, as the Philippine government looks for more cash amid the coronavirus pandemic.

BIR Revenue Memorandum Circular No. 97-2021 issued on Monday, August 16, ordered offices across the country to probe whether or not these influencers are paying taxes.

“The BIR has been receiving reports that certain social media influencers have not been paying their income taxes despite earning huge income from the different social media platforms,” the memo signed by Internal Revenue Commissioner Caesar Dulay read.

The BIR also noted reports that content creators are not registered with the BIR or are “registered under different tax types or line of business” but not declaring their earnings properly. 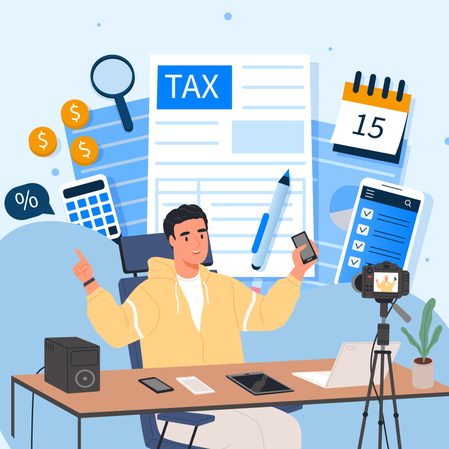 Moreover, the BIR said income treated as royalties in another country, including payments under YouTube’s partner program, will be included in the computation of the gross income of influencers and will be subjected to corporate income taxes.

Resident aliens who derive income from Philippine-based content will also be taxed.

Self-employed influencers whose gross sales do not exceed the value-added tax threshold of P3 million will pay 8% tax on gross sales.

Mixed-income earners or those who are earning both compensation income and income as a social media influencer may be taxed at the same rates.

Should earnings exceed the threshold, a different calculation will be used and they too will be liable for value-added tax.

If earnings are over P3 million, influencers’ books of accounts must be audited and examined yearly by a certified public accountant.

Content creators, however, can deduct expenses, such as filming expenses and equipment use, from their gross income. Influencers are required to register at their respective revenue district and must have a tax identification number.

Tax evasion is punishable by 6 to 10 years of imprisonment, as well as a fine not less than P500,000 but not more than P10 million.

A civil penalty of 50% of the tax or of the deficiency tax will also be slapped on influencers caught evading taxes.