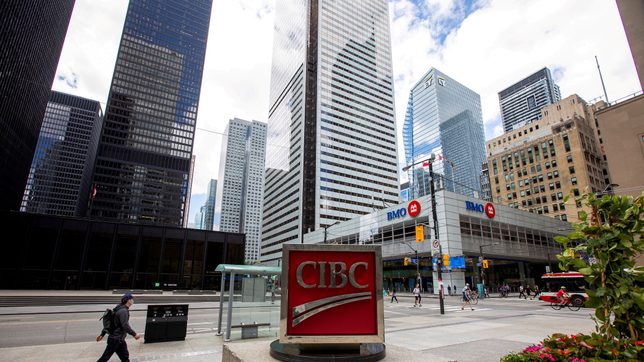 Canada’s five biggest banks are mandating that employees working from their offices must be fully vaccinated against COVID-19 this fall, taking a firmer stance than some of their US counterparts and some other Canadian companies.

Royal Bank of Canada (RBC), Toronto-Dominion Bank (TD), Bank of Nova Scotia (Scotiabank), Bank of Montreal (BMO), and Canadian Imperial Bank of Commerce (CIBC) will all require staff to show proof of vaccination to enter their premises, they said in internal memos seen by Reuters.

RBC, TD, BMO, and CIBC require employees to be fully vaccinated by the end of October, the banks told employees on Thursday, August 19, and Friday, August 20.

Scotiabank has not set a date yet, but it is “moving in the direction of making vaccinations mandatory” for all employees and contractors based in Canada later in the fall, according to an internal note sent to employees on Friday.

The Canadian banks’ moves come on the back of a mandate by the federal government last week that all federal public servants and employees in the federally regulated air, rail, and marine transportation sectors must be vaccinated. That requirement extends to air, train, and cruise ship travelers as well.

While some Canadian businesses, including Shopify and Sun Life Financial, have also mandated vaccines for employees, many others have so far held off on doing so.

And some US banks, including Citigroup and Morgan Stanley, have required staff entering their New York headquarters to be vaccinated. Others like JPMorgan Chase & Co. and Goldman Sachs Group have not taken that step.

BMO employees and contractors must complete a new vaccine status survey by September 8 and TD employees must register their vaccination status by September 30, according to the communications.

RBC employees, beginning in Canada and the United States and expanding elsewhere afterward, and Scotiabank said they will also require staff to provide their vaccination status but did not provide a deadline for doing so.

CIBC staff already on site can continue to work as they have, but “if you haven’t been vaccinated and are able, now is the time,” human resources chief Sandy Sharman said in an internal blog.

BMO and TD staff who remain unvaccinated must take additional measures, they said. These include twice-weekly testing at BMO and the completion of a learning module about the benefits of vaccination, mandatory rapid testing, and a face covering for staff, they said.

A spokesperson for National Bank of Canada, the country’s sixth largest lender, said the firm currently has nothing to add.

Sun Life Financial has been requiring employees to be fully vaccinated if they choose to work from an office as part of its reopening pilot, according to guidance from Canada’s second biggest life insurer. – Rappler.com