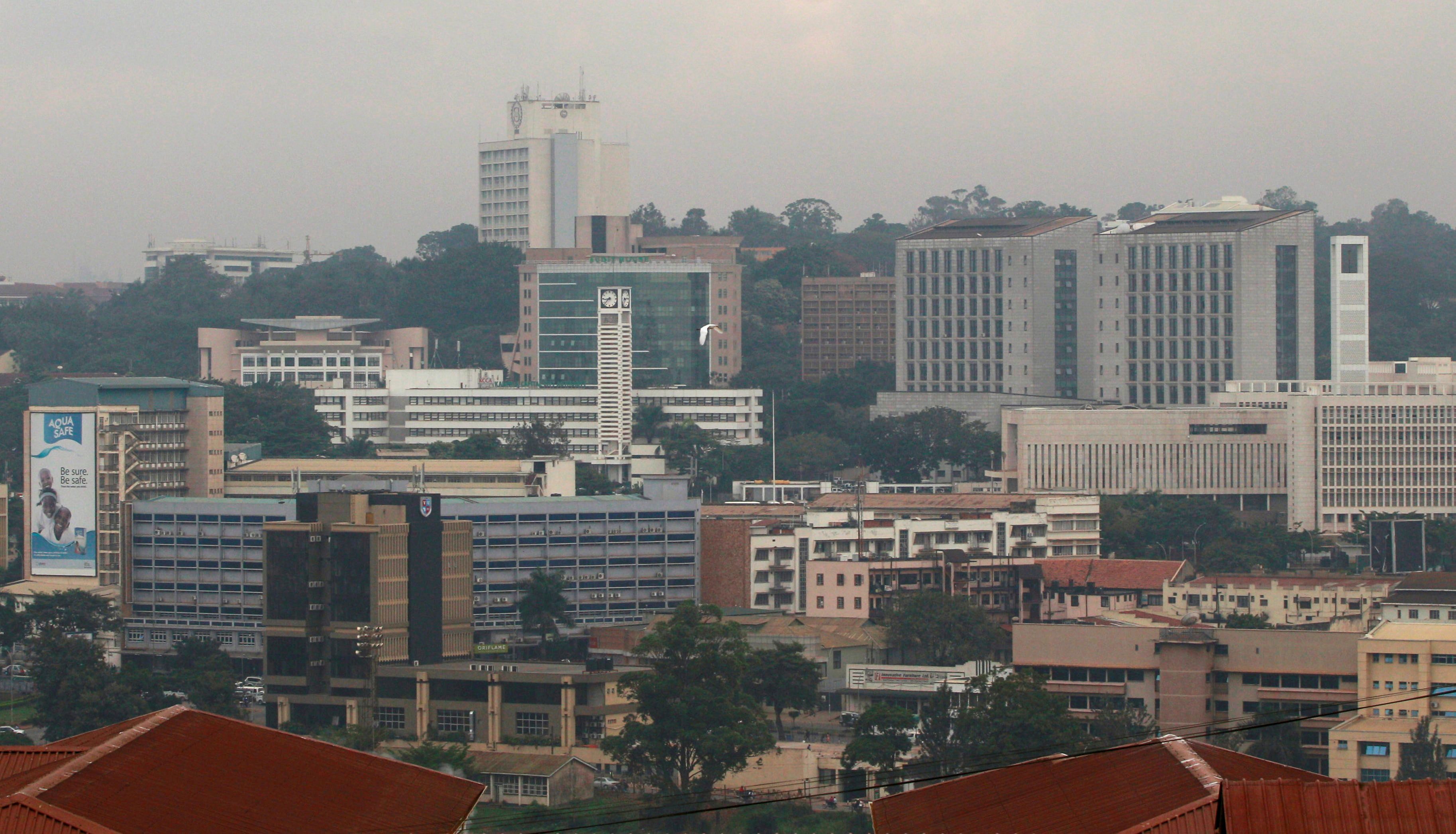 CAPITAL. A general view shows the capital city of Kampala in Uganda, July 4, 2016.

China has rejected allegations that it may grab Uganda’s sole international airport if the East African country fails to service a $200-million loan for the expansion of the facility.

A parliamentary probe last month concluded that China had imposed onerous conditions on the loan, including potential forfeiture of the airport in case of default, sparking public outrage.

The Chinese embassy in Uganda, referring to a local headline, said late on Sunday, November 28: “The malicious allegation that ‘Uganda surrenders key assets for China cash’ has no factual basis and is ill-intended only to distort the good relations that China enjoys with developing countries including Uganda.”

“Not a single project in Africa has ever been confiscated by China because of failing to pay Chinese loans.”

China has been accused by Western countries of luring poor countries into “debt traps” which they are unable to repay. Cash-strapped borrowers have been pushed to stake sovereign assets such as airports and seaports to access credit. The Uganda loan was secured in 2015 from China’s Exim Bank, one of the many credit lines Uganda has acquired from China over the last 15 years to fund infrastructure projects including roads and power plants.

The loan agreement has not been made public. Lawmaker Joel Ssenyonyi, who chairs the committee that conducted the parliamentary probe, said it gives Exim Bank approval powers over the airport’s annual budgets and that the loan terms allow China to “grab” the airport in case of default.

Revenues from the airport’s operations are to be deposited in an escrow account where all withdrawals have to be sanctioned by Exim Bank, Ssenyonyi told Reuters on Monday, November 29, citing the agreement.

The agreement also requires any dispute arbitration or court proceedings to take place in China under Chinese law, Ssenyonyi said.

“So Uganda is locked out entirely, the contract is one-sided,” Ssenyonyi said.

A Ugandan attempt this year to renegotiate the loan terms had been rebuffed by Exim Bank, Senyonyi said, citing disclosures to the committee by the finance minister, Matia Kasaija.