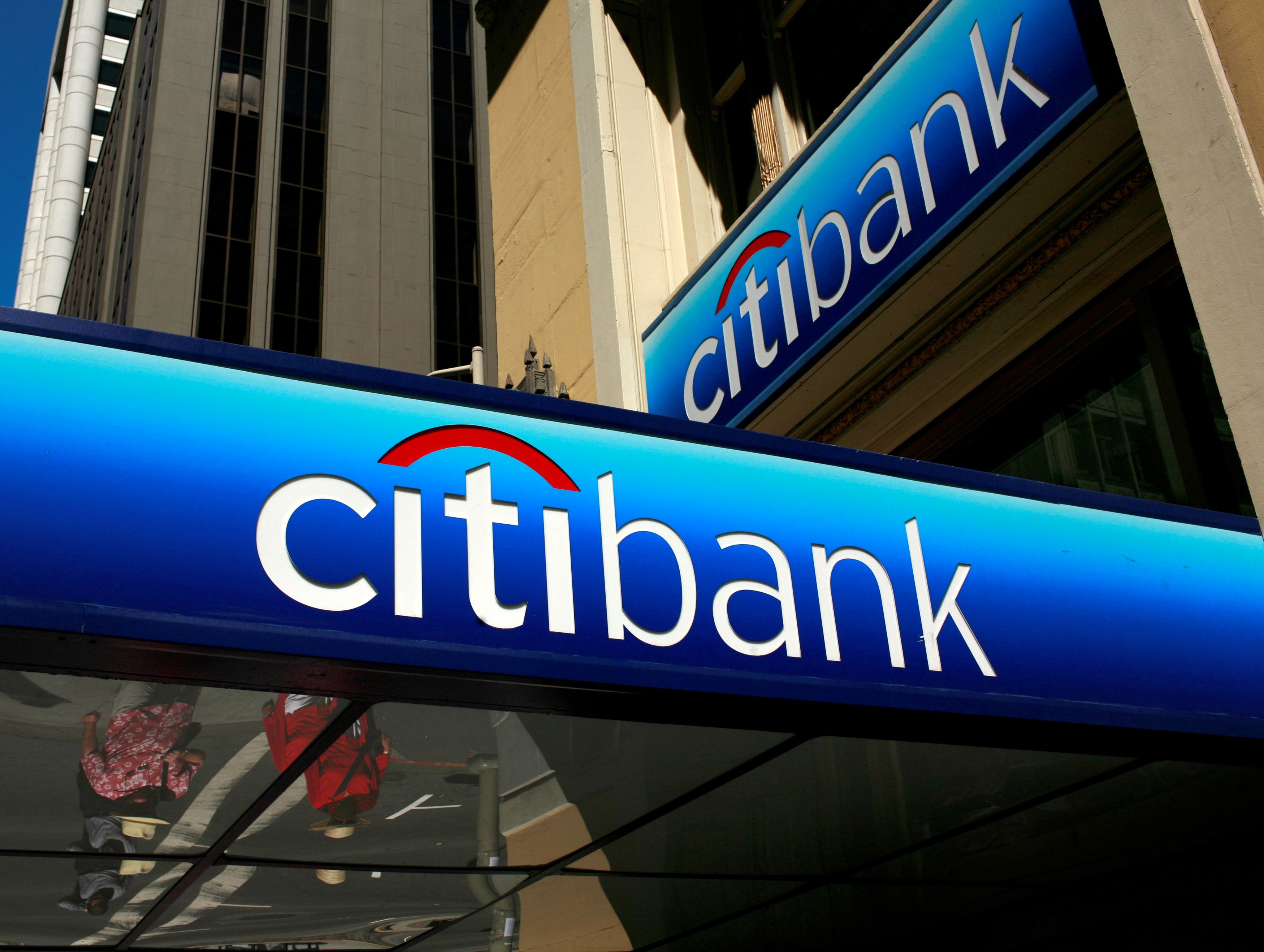 CITI. A Citibank branch in the financial district of San Francisco, California, July 17, 2009.

Facebook Twitter Copy URL
Copied
While Citigroup's profit in the 4th quarter of 2020 is beyond market expectations, revenue from its global consumer banking falls 14%

Citigroup reported 4th quarter profit that beat market expectations on Friday, January 15, but that failed to impress Wall Street as higher costs and a fall in revenue across its consumer business weighed on the results.

Like fellow US bank JPMorgan Chase & Co., the results benefited from the release of $1.5 billion from its more than $10-billion reserves kept aside to cover coronavirus-driven bad loans.

Fiscal and monetary stimulus to prop up the economy have revived banks’ confidence in their customers, but the resulting rock-bottom official interest rates are weighing on how much Citi makes from its big businesses providing credit cards to US households.

Citi’s profit fell 7% even as its peers JPMorgan and Wells Fargo & Co. posted profit growth in the 4th quarter.

Revenue from its global consumer banking fell 14% as growth in deposits and wealth management were more than offset by weak card volumes and lower interest rates across all its regions.

Fees in the North American branded cards business, once the growth engine of the consumer bank, tumbled 13% on lower purchase sales and higher payments.

The bank has also been struggling to fix technical and operation problems, which saw it erroneously send $900 million of its own funds to Revlon creditors in August.

That resulted in a costly litigation between Citigroup and the recipients, as well as regulatory consent orders, a $400-million penalty, and lots of embarrassment.

Shortly after the incident, Citi named Jane Fraser as its chief executive officer. An industry veteran, Fraser will become Wall Street’s first female CEO to lead a major bank when she takes over next month.

Outgoing CEO Michael Corbat said the bank intended to resume share buybacks in the 1st quarter, after Citi and its peers received approval to do so from the Federal Reserve in December.

It has a capacity to buy back shares worth $1.8 billion in the 1st quarter, Citi’s finance head said.

Meanwhile, Fraser has said that overhauling risk management and internal controls will be her priority. Earlier this week, Citi reshuffled the leadership in its US consumer bank and combined its wealth management units.

Trading remained a bright spot against the backdrop of increasing concerns that the breakneck growth in trading revenue seen throughout 2020 was unsustainable.

Equities fees jumped 57% from last year and fixed income fees grew 7%. Peers such as Goldman Sachs have largely survived the impact of the pandemic due to strength in their trading desks. – Rappler.com