CREDIT SUISSE. Trams are seen in front of the Credit Suisse headquarters at the Paradeplatz square in Zurich, Switzerland, November 3, 2021.

Facebook Twitter Copy URL
Copied
Credit Suisse will all but stop funding hedge funds by shutting most of its prime brokerage business. But its reorganization falls short of the sweeping overhaul expected by some investors.

Credit Suisse will rein in its investment bankers and plough money into looking after the fortunes of the world’s rich as it tries to curb a freewheeling culture that has cost it billions in a string of scandals.

Announcing the restructuring on Thursday, November 4, chairman Antonio Horta-Osorio, who joined from Lloyds Bank in April to bring the Swiss lender to heel, said he was putting risk management and responsibility at the heart of its operations.

Switzerland’s second biggest bank will all but stop funding hedge funds by shutting most of its prime brokerage business, a division blamed for racking up $5.5 billion in losses when investment fund Archegos Capital Management defaulted in March.

The bank’s return to its roots with a sharper focus on the world’s rich is similar to the approach successfully adopted by arch Swiss rival UBS after it was bailed out during the financial crisis over a decade ago.

The long-awaited reorganization, however, fell short of the sweeping overhaul expected by some investors. Horta-Osorio admitted that there were no quick fixes, and still a lot to do.

So far this year, Credit Suisse has been fined for arranging a fraudulent loan to Mozambique, hit by the Archegos collapse, tarnished by its involvement with defunct financier Greensill Capital, and rebuked by regulators for spying on its executives.

The string of scandals has cast a cloud over the bank, prompted an exodus of key staff, and wiped billions off its market value, fueling speculation the bank founded in 1856 could even be bought by a rival.

“It’s rather underwhelming. A bit of reshuffling, of reorganization here and there, and a few exits,” said Jerome Legras of Axiom Alternative Investments. “It doesn’t sound enough considering what happened over the past months.”

Analysts at Citi said it was a “modest restructuring” which relied on growth rather than cutting costs, while Vontobel analysts said it was an evolution that would likely take years.

To further dampen the mood, the bank posted a 21% fall in third-quarter profit and said it expected a loss in the final three months of 2021 as it writes off some 1.6 billion francs ($1.8 billion) of goodwill related to the investment bank. 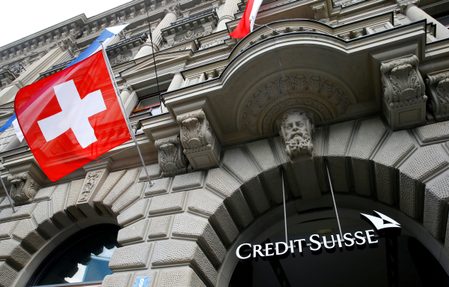 The bank’s exit from prime broking cements its demise as a major player in the hedge fund industry. In 2010, it was ranked the second biggest prime broker in the world, outstripping the likes of US giants JPMorgan and Morgan Stanley.

But a succession of leadership changes and risk oversight branded as “lackadaisical” in an independent review culminated in the Archegos losses that triggered its downfall.

The trimmed down investment bank will focus on advising firms on deals and listings and trading cash equities. Credit Suisse will also cut back its lending in emerging markets.

The bank said the overall reorganization would save it 1 billion to 1.5 billion francs by 2024.

Horta-Osorio emphasized the history of a national icon, which was founded to finance the construction of Switzerland’s pan-Alpine railways and has been central to the country’s transformation from a farming nation to financial powerhouse.

It now plans to hire 500 more private bankers over the next three years, with the aim of having 1.1 trillion francs of assets under management by 2024 compared with 0.9 trillion now.

It will simplify its structure into four divisions: its Swiss bank, a global investment bank, asset management, and the new global wealth management division which will gradually be allocated more capital at the expense of the investment bank.

Credit Suisse’s financial humiliation is in stark contrast to UBS. In the wake of huge losses during the financial crisis, UBS pivoted away from investment banking and is now the world’s largest wealth manager with $3.2 trillion in invested assets.

Credit Suisse’s drive to centralize its operations is drawing on lessons from recent failures, including Archegos.

Earlier this year, Credit Suisse published a report blaming a focus on maximizing short-term profits and enabling “voracious risk-taking” by Archegos for failing to avoid catastrophe.

Despite long-running discussions about Archegos – by far the bank’s largest hedge fund client – Credit Suisse’s top management were apparently unaware of the risks it was taking.

“Obviously when Archegos and Greensill happened they were absolutely beyond what I thought would be acceptable,” Horta-Osorio said. “There is a clear understanding in the organization that these types of things mustn’t happen again.” – Rappler.com