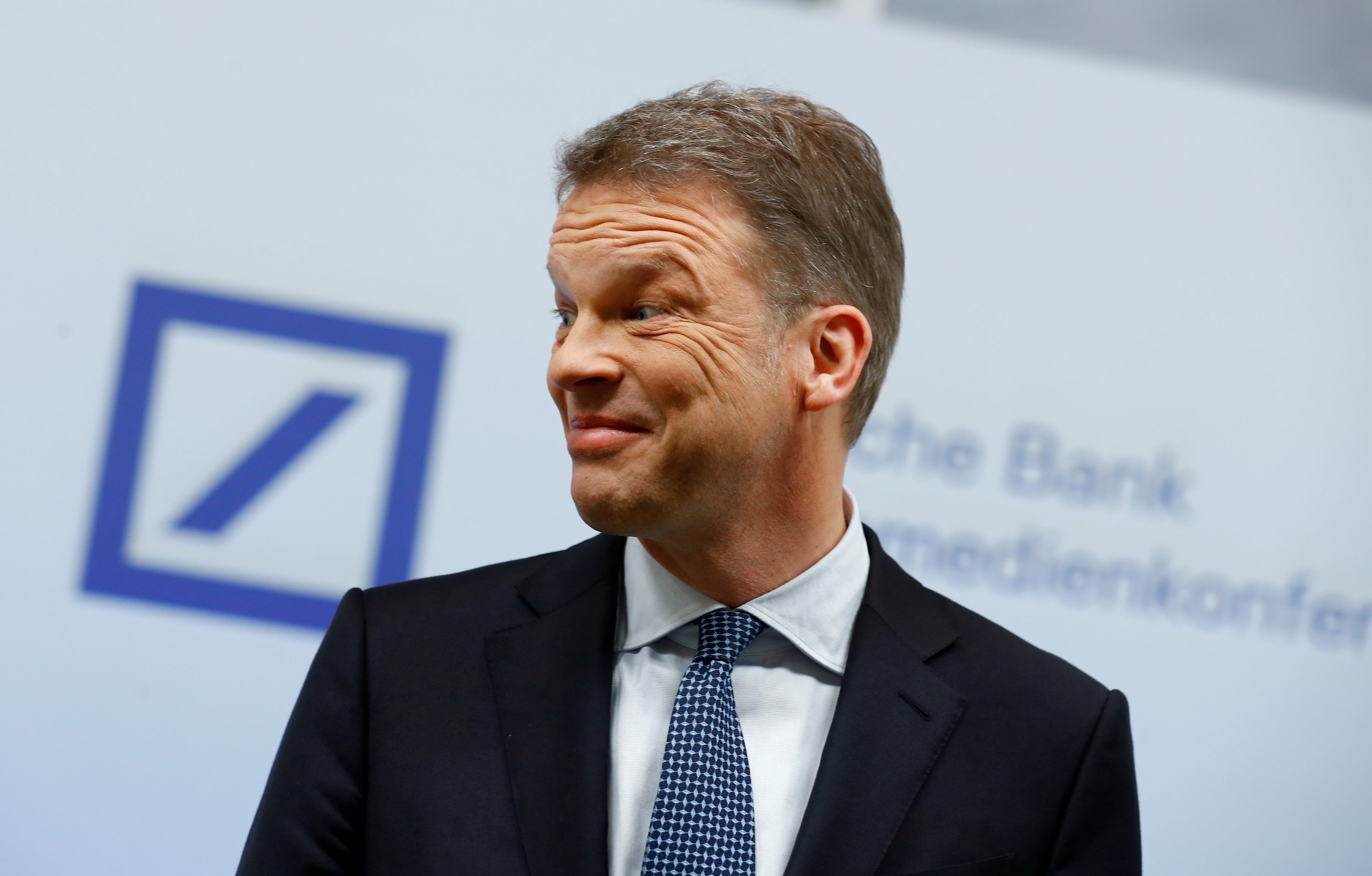 Facebook Twitter Copy URL
Copied
A big question is how sustainable the profits will be as Deutsche, like its competitors, experienced a trading boom amid market volatility linked to the COVID-19 pandemic

Deutsche Bank eked out a small profit in 2020, marking an important milestone for chief executive officer Christian Sewing after 5 years of losses, as an investment banking earnings surge offset a weaker showing in its other businesses.

Over the past 10 years Deutsche has lost a total of 8.2 billion euros ($9.8 billion) and analysts had been predicting yet another loss last year at Germany’s biggest bank.

“We have built firm foundations for sustainable profitability and are confident that this overall positive trend will continue in 2021, despite these challenging times,” Sewing said in a statement.

Sewing was promoted to CEO in 2018 to turn Deutsche around after a series of embarrassing and costly regulatory failings, including over money laundering.

Analysts now expect Deutsche to deliver another profit in 2021, a consensus forecast of their estimates shows.

Deutsche said its net profit attributable to shareholders for 2020 was 113 million euros ($136 million), which compares with a 2019 loss of 5.7 billion euros. Analysts had expected a loss of about 300 million euros for 2020.

A big question is how sustainable the profits will be as Deutsche, like its competitors, experienced a trading boom amid market volatility linked to the COVID-19 pandemic.

This boosted its investment bank, whose revenue rose 32% to 9.28 billion euros in 2020, and by 28% in its key fixed-income and currency sales and trading business.

However, low interest rates and a slowdown in global trade pressured revenue at Deutsche’s other divisions, such as those for corporate and retail clients.

A regulatory source said that the investment banking boom had provided welcome relief for Deutsche, but although it is on a firmer footing than a year ago its overall business strength still lags competitors in the European banking industry.

The bank has been trying to become less reliant on its investment bank in an effort to stabilize its business.

Sewing, in announcing 18,000 job cuts and the closure of its global equities business in a major revamp announced in 2019, said the investment bank should contribute only 30% of core revenues. In 2020 it accounted for close to 40% of core revenue.

Investment banking trading revenues soared globally for the entire industry in 2020, research firm Autonomous said in a recent report which said “nobody thinks this is sustainable.”

Deutsche believes a good part of its business is.

“We see a substantial portion of investment bank growth as sustainable even as markets normalize, as we expect in 2021,” Sewing said, according to prepared remarks to analysts.

Sewing told employees in a memo that the division was off to a “very good start” this year.

Citi analysts said the results were “decent” but that it remains skeptical about the bank’s 2022 targets. Citi continues to give Deutsche a “sell/high risk” rating.

The bank, which broke off talks to merge with Commerzbank two years ago, is trying to make itself fit for a potential merger if an opportunity arises, Deutsche bankers say.

One banker with direct knowledge of the matter said Deutsche is getting closer to the issue of potential mergers as consolidation pressures rise. The bank is dealing with the topic, but has no concrete plans, the person said.

Deutsche ended the year with a 4th quarter net profit of 51 million euros, against a net loss of 1.6 billion euros in the same period a year earlier and analyst expectations for a loss. – Rappler.com