Oct 13, 2015 8:02 AM PHT
Chris Schnabel
Facebook Twitter Copy URL
Copied
Misguided policies have stalled US growth, but these are causing 'creative destruction' that would lead to positive change, says the Forbes Media chairman 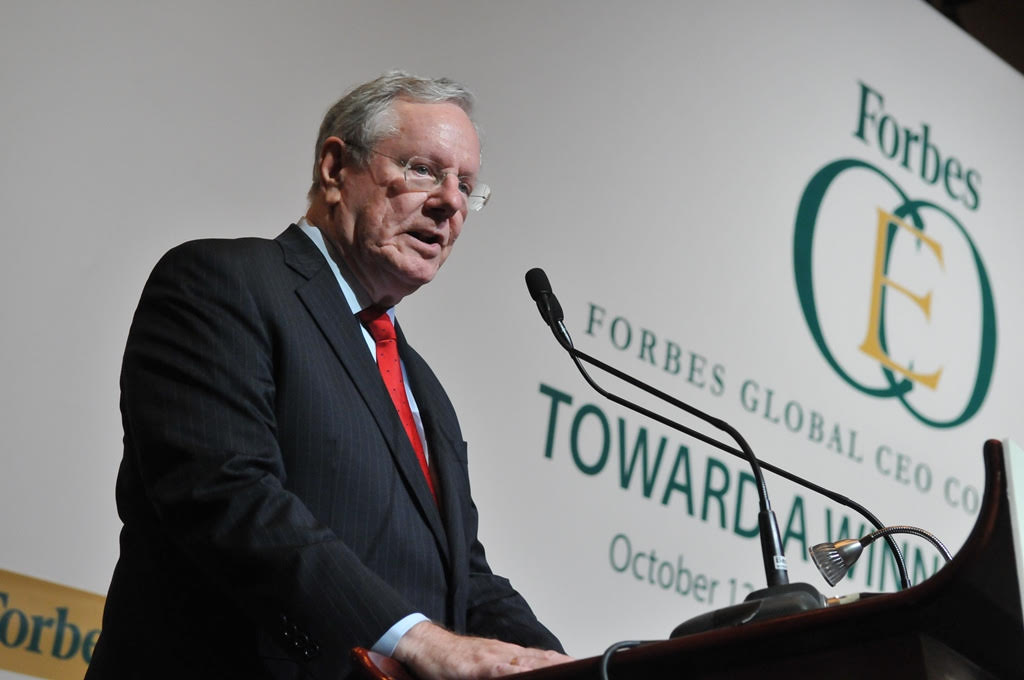 MANILA, Philippines – Policy shifts in the US with the impending change in leadership will cause more volatility in the global economy but will eventually stimulate worldwide growth, said Steve Forbes, the Chairman and Editor-in-Chief of the Forbes Media empire.

“In the short term, expect turbulence but this messiness in the US is actually masking this political version of creative destruction. Positive things are starting to happen,” said Forbes as he formally opened the 15th Forbes Global CEO Conference on October 12. (READ: Facebook’s Saverin, world tycoons in Manila)

The US presidential election will be held in November 2016.

It’s very clear that we live in a turbulent world in which most people feel that their leaders don’t know what to do to, he added. (LIVE BLOG: Forbes Global CEO Conference 2015)

A Republican, Forbes attributed much of the global economic slowdown to what he called misguided policies by the Obama administration and the US Federal Reserve (US Fed) which have rendered the world’s growth engine sluggish in recent years.

“Contrary to what a lot of central bankers seem to believe, the (US) Fed’s policy of near zero interest rates and quantitative easing has perversely hurt,” he said.

Credit markets have been severely disrupted by the zero interest rate policy and the US Fed buying almost $3 trillion of long-term treasury bonds and along with massive regulation on banks, he explained.

While the government and large firms find it easier to borrow, the flow of credit to new or small and medium businesses has stalled.

“Credit to small business has been way low by historic standards and why the US, which is always creating new companies, now has as many companies closing as those opening and why US labor markets are at its worst since the 1970s,” he said.

Forbes pointed out that “when you have price controls in the market, the market doesn’t work. It’s like the old Soviet Union saying where the health care is free but you can’t get any.” 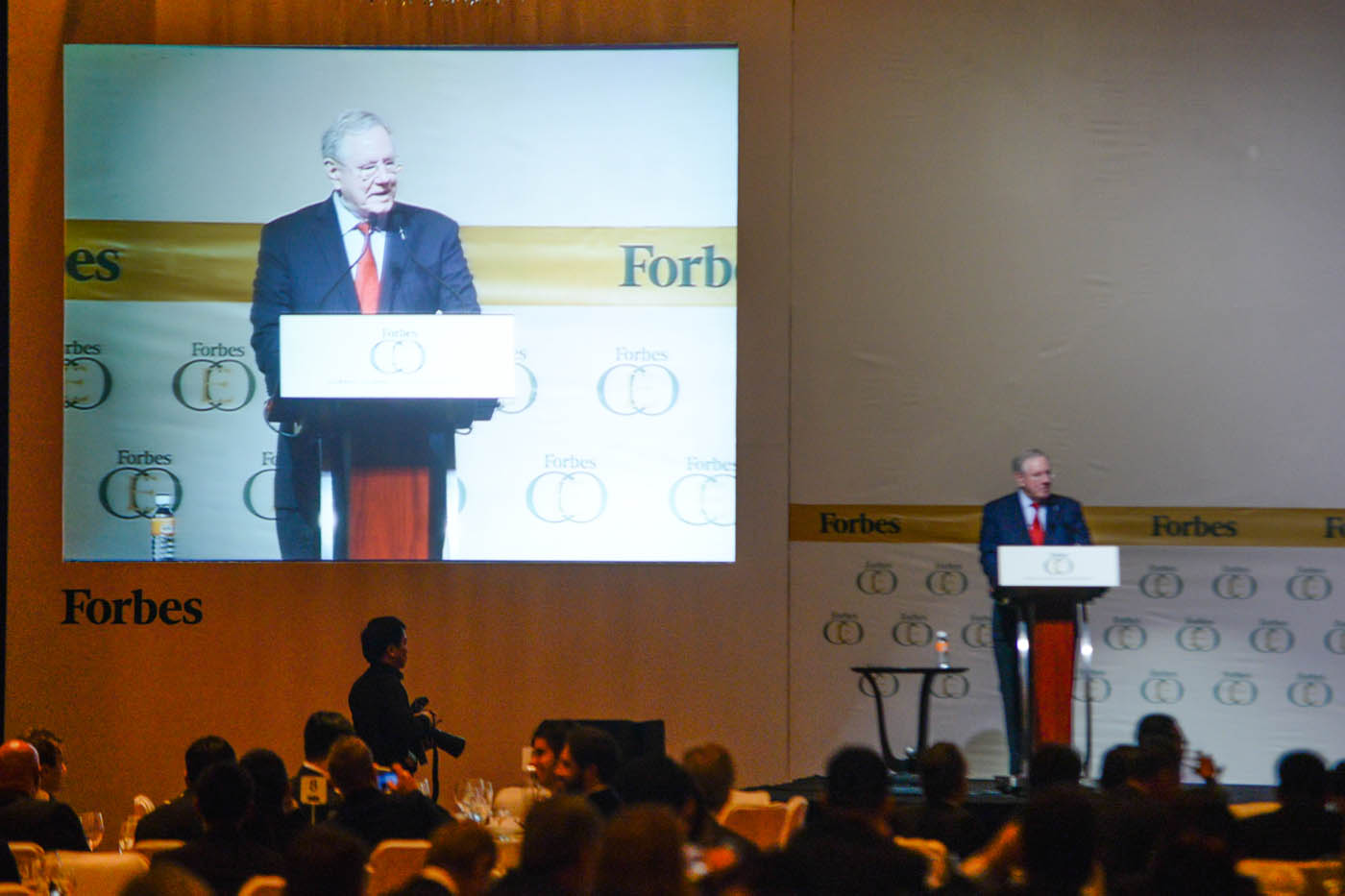 US Fed and interest rates

The general consensus around the world’s central banks is that the US Fed will gradually raise interest rates beginning late this year or early next year. The US Fed also ended its Quantitative Easing policy in November of last year.

The US Fed rate hike is expected to cause economic disruption globally in the short term, however, particularly for developing countries as investor capital flows back to the US.

Other new policies will also be put in place by the new administration in the US in 2016 to stimulate growth, chiefly a reform of the overly complicated US tax system that has become a “deadweight in the economy,” Forbes said.

This will help get the US economy out of its rut today, he said, pointing out that every candidate for the 2016 election has come out with a way to radically simplify the code and lower taxes.

“Radically lower tax rates,” he said, “will stimulate the economy and that will be good for the world because the US as the world’s growth engine will be growing again.”

If it does lead to growth it may also set an example for the EU and Japan to cut their tax rates and kick start their economies, further boosting global growth.

The change will grow out of the growing contempt the US has for its politicians, Forbes said, which is manifested in both the Democratic and Republican parties.

Forbes himself is a staunch Republican who ran unsuccessfully for the party’s presidential nomination in 1996 and 2000.

On the Republican side, the rise of current outspoken frontrunner Donald Trump illustrates this contempt while on the Democratic side, what was supposed to be a coronation for Hillary Clinton has not gone according to plan, an indication of voter sentiment, Forbes said.

Over the course of the Forbes conference, global business leaders will discuss the current business climate and figure out ways to navigate the new currents being created.

Forbes urged them to “enjoy the spectacle” but to not despair. “Good things are going to come,” he said. – Rappler.com