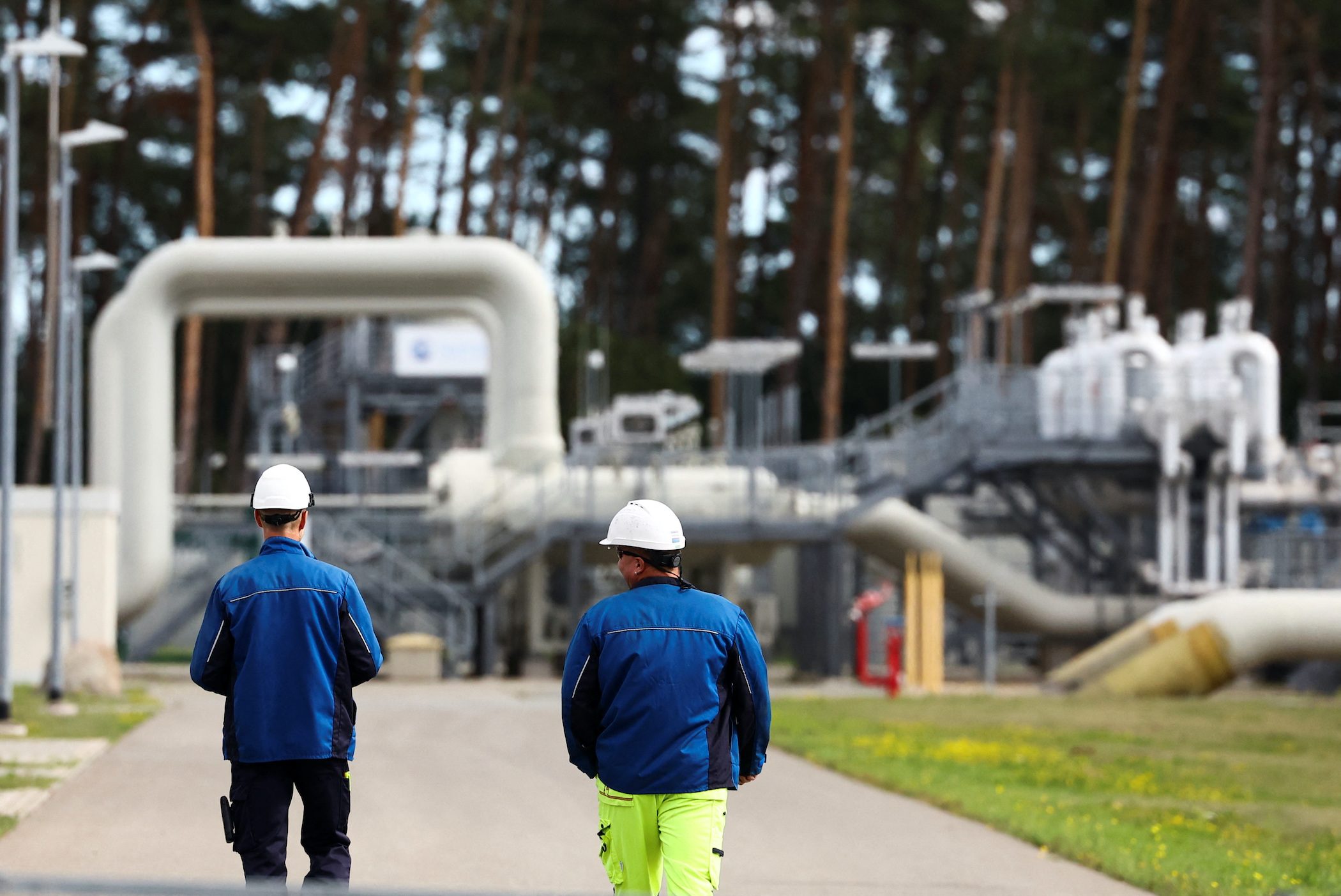 NORD STREAM 1. View towards the Nord Stream 1 Baltic Sea pipeline and the transfer station of the Baltic Sea Pipeline Link in the industrial area of Lubmin, Germany, August 30, 2022.

European gas prices rocketed as much as 30% higher on Monday, September 5, after Russia said one of its main gas supply pipelines to Europe would stay shut indefinitely, stoking renewed fears about shortages and gas rationing in the European Union this winter.

The benchmark gas price surged as high as 272 euros per megawatt hour (MWh) when the market opened after Russia said on Friday, September 2, that a leak in Nord Stream 1 pipeline equipment meant it would stay shut beyond last week’s three-day maintenance halt.

The Dutch TTF October gas contract had eased to 256 euros, up 23% on the day by 0723 GMT but almost 400% higher than a year ago. This year’s price surge has squeezed already struggling consumers and forced some industries to halt production.

Europe has accused Russia of weaponizing energy supplies in retaliation for Western sanctions imposed on Moscow over its invasion of Ukraine. Russia says the West has launched an economic war and sanctions have hampered pipeline operations.

The Nord Stream pipeline, which runs under the Baltic Sea to Germany, historically supplied about a third of the gas Russia exported to Europe but it was already running at just 20% of capacity before flows were halted last week for maintenance.

Russian gas being supplied via Ukraine, another major route, has also been reduced, leaving the EU racing to find alternative supplies to refill gas storage facilities for winter. Several states have triggered emergency plans that could lead to energy rationing and raising prospects for a recession.

“Supply is hard to come by, and it becomes harder and harder to replace every bit of gas that doesn’t come from Russia,” said Jacob Mandel, senior associate for commodities at Aurora Energy Research.

Sky-high power costs have already forced some energy-hungry industries, including fertilizer and aluminum makers, to scale back production, and led EU governments to pump billions of euros into schemes to help households.

Preparing for the worst

EU countries’ energy ministers are due to meet on Friday, September 9, to discuss options to rein in soaring energy prices including gas price caps and emergency credit lines for energy market participants, a document seen by Reuters showed.

German Chancellor Olaf Scholz said on Sunday, September 4, that Germany, the EU’s economic powerhouse and Europe’s largest gas consumer, had been preparing for a total halt in gas deliveries.

Germany is at phase two of a three-stage emergency gas plan. Phase three would see some industry rationing.

In its race for alternative gas supplies, Germany is rapidly installing temporary liquefied natural gas terminals to enable it to receive gas from producers further afield, and it is planning to build permanent LNG facilities.

“There’s plenty of scope to replace that [Russian] gas with LNG imports for now, but when the weather turns cold and demand starts to pick up in the winter in Europe and Asia, there’s only so much LNG out there that Europe can import,” Mandel said.

The global market for LNG was already tight as the world economy sucked up supplies in the recovery from the pandemic, even before the Ukraine crisis added to challenge.

Klaus Mueller, president of Germany’s Federal Network Agency energy regulator, said in August that even if Germany’s gas stores were 100% full, they would be empty in two and a half months if Russian gas flows were halted completely.

Germany’s storage facilities are now about 85% full, while facilities across Europe hit an 80% target last week.

Although Russian gas has still flowed to Europe via Ukraine, albeit at reduced levels, analysts said those supplies could also become a casualty of the conflict.

“We’re shifting focus to the [gas]…that continues to flow to Europe through Ukraine,” James Huckstepp, EMEA gas analyst at S&P Global Platts, said in a Twitter post, adding it was “only a matter of time” before those faced disruptions. – Rappler.com