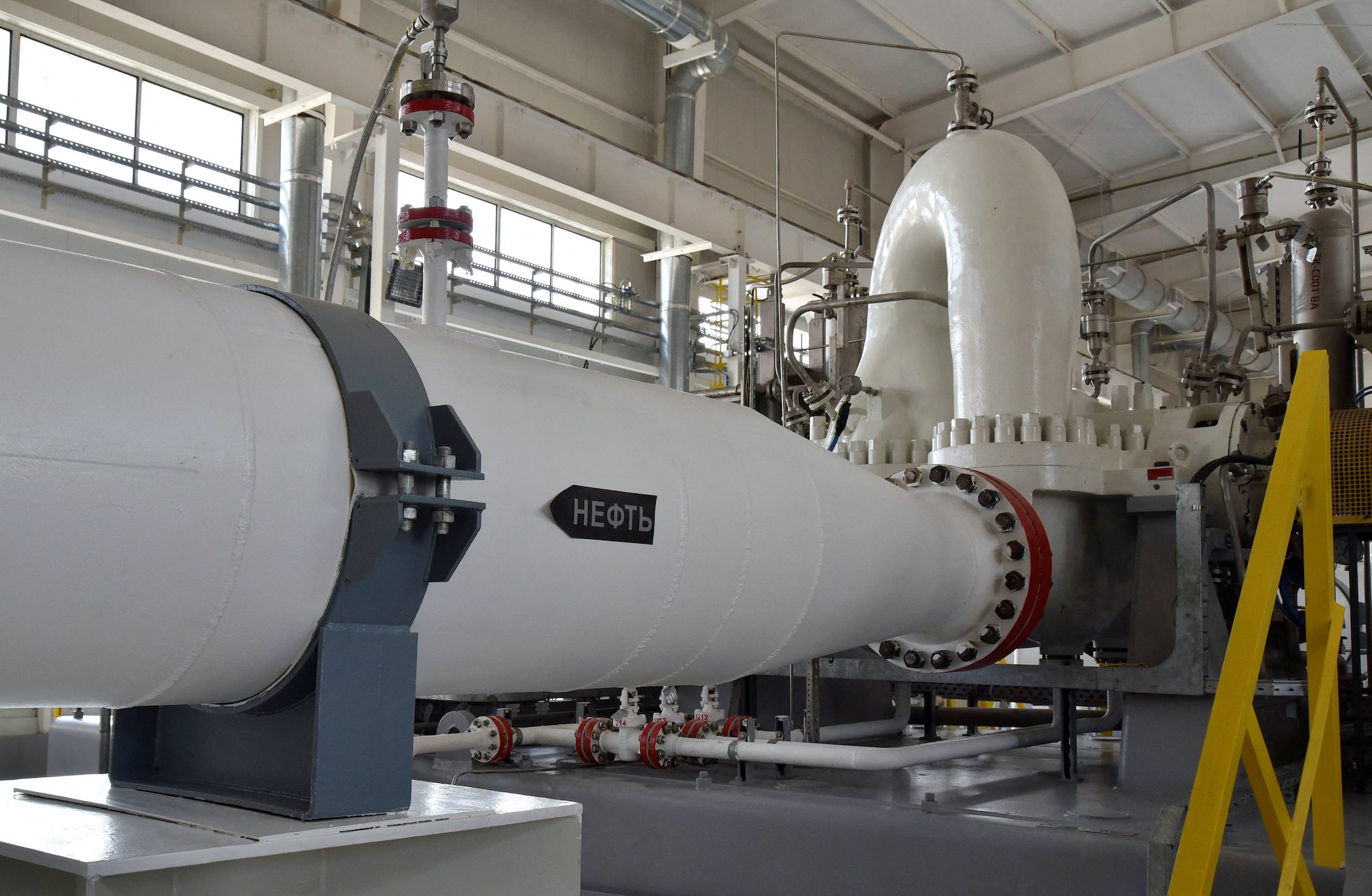 MOSCOW, Russia – Europe faces fresh disruption to energy supplies due to damage to a pipeline system bringing oil from Kazakhstan through Russia that was reported by the pipeline operator on Monday, August 22, adding to concerns over a plunge in gas supplies.

The Caspian Pipeline Consortium (CPC), which handles about 1% of global oil and whose largest shareholder is Russian pipeline firm Transneft, said exports from two of its three mooring points at a Black Sea terminal had been suspended, confirming a Reuters report.

The West accuses Russia of restricting energy supplies to boost prices in retaliation for sanctions imposed after Moscow’s invasion of Ukraine, which the Kremlin calls a special military operation. Russia denies this, blaming Western sanctions themselves and various technical problems.

Russian natural gas supplies to Europe are down around 75% year on year, with export company Gazprom last week announcing unscheduled maintenance on the Nord Stream 1 pipeline, which runs under the Baltic Sea to Germany.

Ukraine’s gas transmission system operator said it and the Polish gas pipeline system had the capacity to bring Russian gas to Europe and compensate for the Nord Stream halt.

Gazprom did not respond to a request for comment on whether it would increase gas exports via other routes.

CPC said it had to suspend loadings from its SPM-1 and SPM-2 mooring points due to damage at “the attachment points of underwater sleeves to buoyancy tanks.”

It said loadings were only being processed from SPM-3 and so oil loading requests would have to be reduced.

Tengizchevroil (TCO), which represents Chevron and Exxon in Kazakhstan’s giant Tengiz project, said it was aware of temporary maintenance at CPC and its oil exports and output on its Tengiz oil field were currently uninterrupted.

TCO has a lower output plan on its Tengiz oil field in August-September due to planned maintenance.

“CPC is a key export route for crude oil production from Kazakhstan to reach international markets and many countries rely on this critical transportation system for their energy security,” Chevron said in a statement sent to Reuters.

TotalEnergies, which has a presence in Kazakhstan as well, also did not immediately respond to a request for comment, while Shell and Eni, which are shareholders in CPC, declined to comment.

CPC said it planned to replace parts on the two affected SPMs and was looking for an organization to carry out the work. The consortium did not give a timeline.

Two sources familiar with the matter told Reuters that one SPM can handle less than 70% of normal terminal capacity, leaving Kazakhstan, which uses CPC as a main route for its oil exports, with the prospect of having to cut output.

Kazakhstan had to cut oil production in the spring when CPC suspended loadings from two SPMs due to damage.

CPC has cut exports on several other occasions over the past six months.

CPC Blend crude oil exports had been set at 5.026 million metric tons for August. The consortium has not given updated figures.

It said earlier this month that supplies via its system were down significantly due to maintenance at Kazakhstan’s Kashagan and Tengiz projects. Lower output from the oil fields could limit the disruption from the SPM outages, the two sources said, but added they could become a major issue as output ramps up after the maintenance.