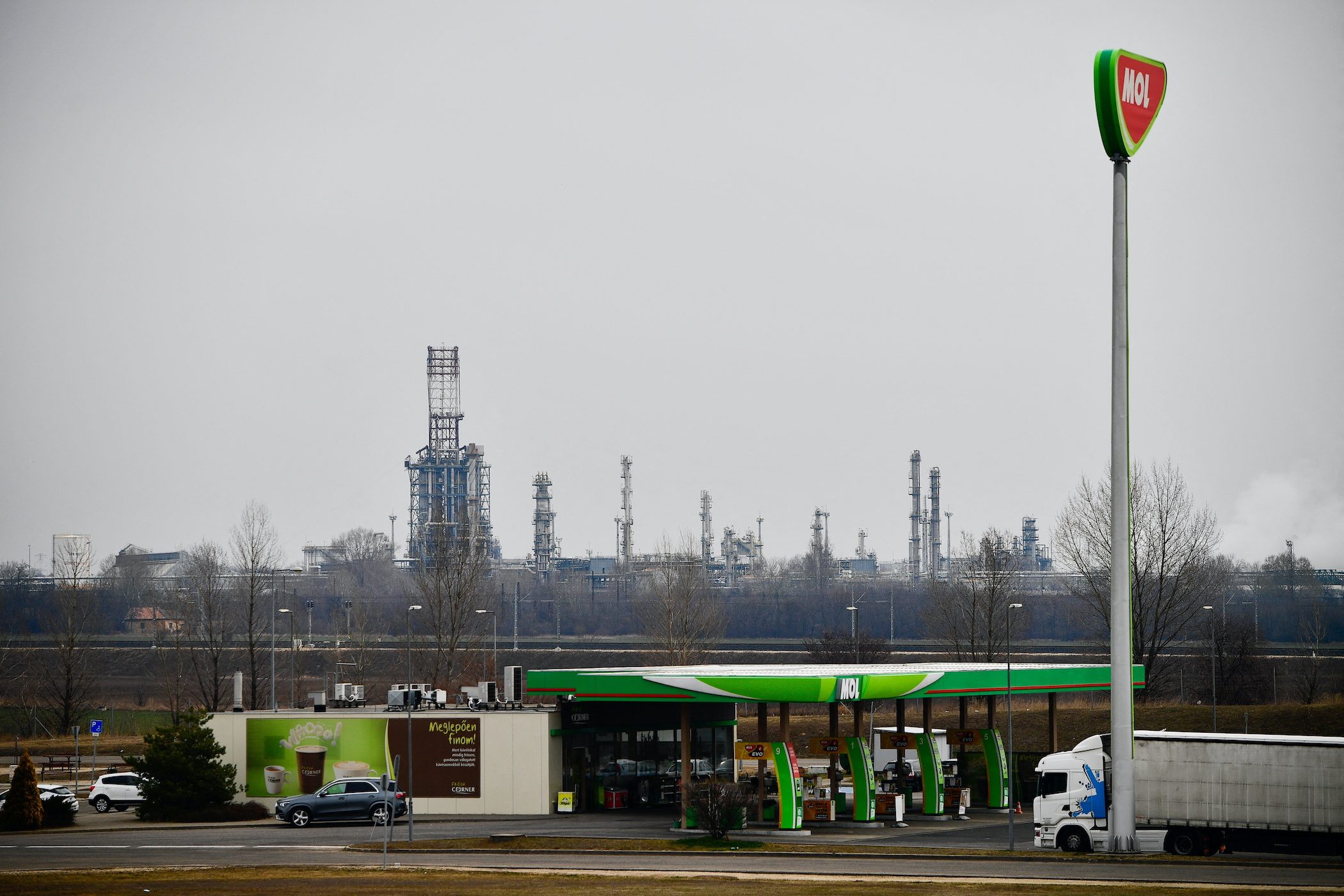 OIL. A view of a gas station of Hungarian oil company MOL with the MOL Dunai Refinery in the background, in Szazhalombatta, Hungary, March 18, 2022.

FRANKFURT, Germany – With Russia threatening to cut off the supply of vital gas and oil, European governments are dusting off rationing plans that bring back memories of the 1973 energy crisis.

Are Europeans heading for car-free Sundays, dimmer lights, and what felt like government-mandated bedtime as TV broadcasts ended early – last seen at the time of the Arab embargo?

Probably not because that, and more recent episodes, show companies are quick to adapt, meaning the hit to the euro area’s economic output may be smaller than 1% on some estimates.

And governments have also learned that imposing austerity measures like fuel rationing at the pump will yield little if the population doesn’t support them.

So they are likely to go for something more consensual, such as getting households to turn down their thermostats or ease up on the gas pedal.

Still, choosing which industries should get their energy supply cut will be a thorny political decision, forcing governments to resort to the kind of ruthlessness normally reserved for wartime.

Dent to growth may be small

While Europe might just about replace its imports of Russian crude with other sources, it’s unlikely to be able to do so with gas any time soon.

This means a rationing of gas is certain if Russia turns off the taps in retaliation for sweeping economic sanctions.

But economists estimate the damage to economic growth would be small.

The European Central Bank puts the hit from a 10% reduction in energy supplies on European companies at about 0.7% of the euro area’s gross value added, a measure of goods and services produced in the bloc.

This is in line with precedents both in Britain during the 1970s embargo and in Japan after the Fukushima nuclear disaster of 2011.

Europe’s service-oriented economies are also likely to come off more lightly than manufacturing-heavy China when it went through its own power crunch last year.

“Past episodes of energy rationing have not been as damaging as one might expect and firms have proved adept at achieving sizeable efficiency gains when required,” Capital Economics wrote.

For example, pork exporter Danish Crown has started to retrofit some gas-fired production plants with diesel and sales of diesel generators in Denmark rose 300% to 400% in March.

Even for Germany, the western European country most reliant on Russian energy, the impact of an 8% cut to oil, gas, and coal consumption would lower gross domestic product by 1.4%, according to a paper by the ECONtribute network of economists.

Of course, there are more pessimistic scenarios. Nomisma Energia estimates the Italian economy, which also depends on Russia for its energy, would suffer a 5.6% hit if gas supplies from Russia fell by roughly half, assuming some gains in efficiency but no switch to alternative sources.

Today’s rationing strategies are mostly intended to spare households and concentrate any pain on companies, starting with those that can switch to other energy sources.

This is a key lesson learned from the 1970s. The two European countries that imposed fuel rationing for the population – Sweden and the Netherlands – had to quickly change course due to public backlash.

Instead, most governments at the time let the price of fuel rise, automatically depressing demand.

And they focused on measures the population saw as more equitable, such as lower speed limits and more frequent public transport.

“Can rationing work? It’s a function of the public’s willingness to support it,” said Alan Pisarski, who helped shape the US strategy to deal with the 1973 oil embargo.

He said Europe should focus on convincing people to turn down their heating – a campaign already underway in some countries.

Even drawing a list of which industries should get fuel for longest, as the German government is doing, can be politically difficult, history shows.

When the oil embargo hit the United States, the senators of the mountainous states of Colorado and New Hampshire fought back at the notion of turning off lifts at ski resorts and sought to deflect the attention to energy used in hot houses for floriculture, Pisarski recalls.

In Germany, chemical group BASF has already warned of a “complete cessation of operations” if natural gas supply is cut to less than half of current needs.

In the end, industries that need heat as part of their production process, such as makers of chemicals, metals, glass, and paper, are likely to get priority.

Those on interruptible contracts are likely to be the first to face supply stops and may even have to cut their working week, as happened in China during last year’s rationing.

“The rationing required by an immediate embargo would basically be comparable with the allocation mechanism of a war economy,” said Kirsten Westphal, a member of the German Institute for International and Security Affairs that advises the government, in an interview with the Clean Energy Wire. – Rappler.com