EXPLAINER: 1,670 children die on our roads every year. Here’s how we can save them. 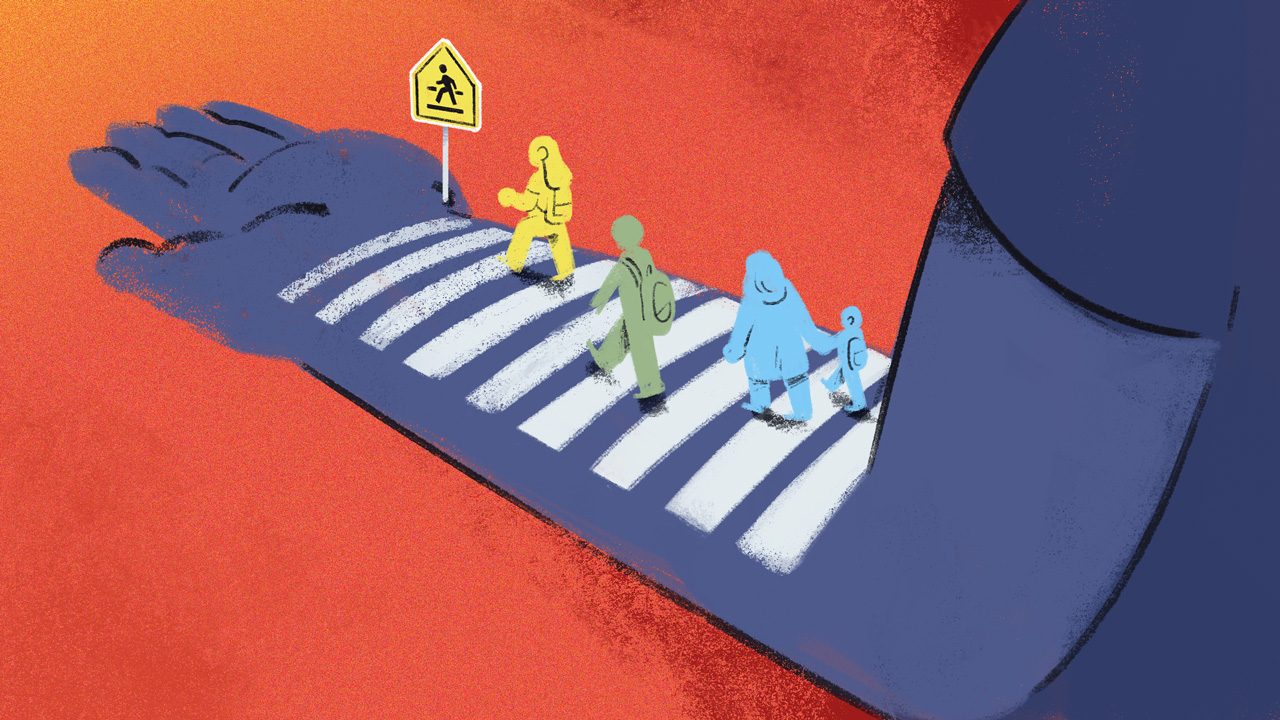 Facebook Twitter Copy URL
Copied
Globally, more than 219,000 children die every year due to road accidents. Saving their lives means slowing down our drivers through a mix of infrastructure, enforcement, and education.

Speaking at the unveiling of a child safety mural at a Manila park on November 20, Estepa shared the difficulties she faced traversing the streets as a visually impaired person. Though she moved deftly along the rocky ground of the park, Estepa feared walking the city’s roads without the guidance of her family.

But the day would come when she would have to cross these streets on her own.

(This cane that I hold will become my only guide in my future life. Children like me and normal kids alike face dangers when they cross the roads.)

Estepa’s worries shone light on a deadly truth. A few months back and just across the street from where she stood, a four-year-old girl died after a sports utility vehicle hit her as she was begging for alms. Days later, another four-year-old child and his father were killed in a road crash, this time in South Cotabato.

These children are among the 1,670 that die on the roads every year, according to data by the Philippine Statistics Authority.

“Injuries and deaths due to road crashes are preventable,” said lawyer Daphne Marcelo, ImagineLaw’s project manager for road safety. “Playing outside or commuting to school should not be a death sentence for children.”

Here’s how we can make our roads safer for everyone:

In making our roads more child-friendly, we must first stop pointing the finger at parents for not looking after their children. According to Marcelo, this doesn’t move the conversation forward.

The solution is not to lock children out of our roads. Instead, we should craft policies and infrastructure solutions designed to protect all road users.

“It’s not that you remove the child because we advocate for streets to be built for children to work, play, and walk safe,” she said. “That’s their right.”

Marcelo said it all starts with speed. Speed, after all, is what makes a vehicle so dangerous. To this end, Marcelo said the government should first set a safe speed limit in cities.

Aside from this policy, the government can also consider infrastructure fixes, especially in areas where children usually gather. Speed humps, rumble strips, and pedestrian lanes are some interventions that slow drivers down and make roads safer. A study found that speed humps alone could reduce road accidents involving children by up to 60%.

Marcelo also highlighted one last part: enforcement. She called on the government to allocate traffic enforcers to “black spots” – areas with high incidences of crashes that result in fatalities.

“​​If your data shows you maraming namamatay dito (many people die here), then you know that’s where you should be allocating your manpower. You should allocate more enforcers here than in quieter areas, in more peaceful areas,” she said.

Education is also important to supplement these initiatives. Marcelo is pushing for road safety to be integrated in the Department of Education curriculum. They have already piloted the project in Valenzuela City and Zamboanga City, which also served as the pilot cities of UNICEF’s child road traffic injury prevention program.

According to Dr Angelito Umali of UNICEF or the United Nations Children’s Fund, more than 219,000 children die each year due to road accidents across the world. That is 600 deaths every day. Most victims are between 5 to 19 years old.

(This event is about road safety, but yesterday, an accident happened involving our tow truck that resulted in the death of one person and the injury of three others. I would like to publicly apologize to everyone, especially to the family of the one who died and to those who were injured.)

The dump truck carrying sand was being towed by an MMDA vehicle when its tow bar broke. This resulted in the dump truck colliding with four motorcyclists, with one being crushed beneath the wheels. The MMDA driver has since been arrested.

Nevertheless, the Department of Transportation (DOTr) has reaffirmed its commitment to provide the support and infrastructure to avoid road crash incidents – not only for children, but for everyone. The DOTr held its first Road Safety Symposium on November 22, inviting different stakeholders to discuss the status quo of road safety initiatives in the Philippines.

“We should not diminish the importance of attaining justice for victims of road crashes and seeking peace for the families left behind,” DOTr Secretary Jaime Bautista said. “No one deserves the loss of opportunities due to road incidents. Consider yourselves road safety champions. We have a shared responsibility to protect every Filipino on the road.” – Rappler.com