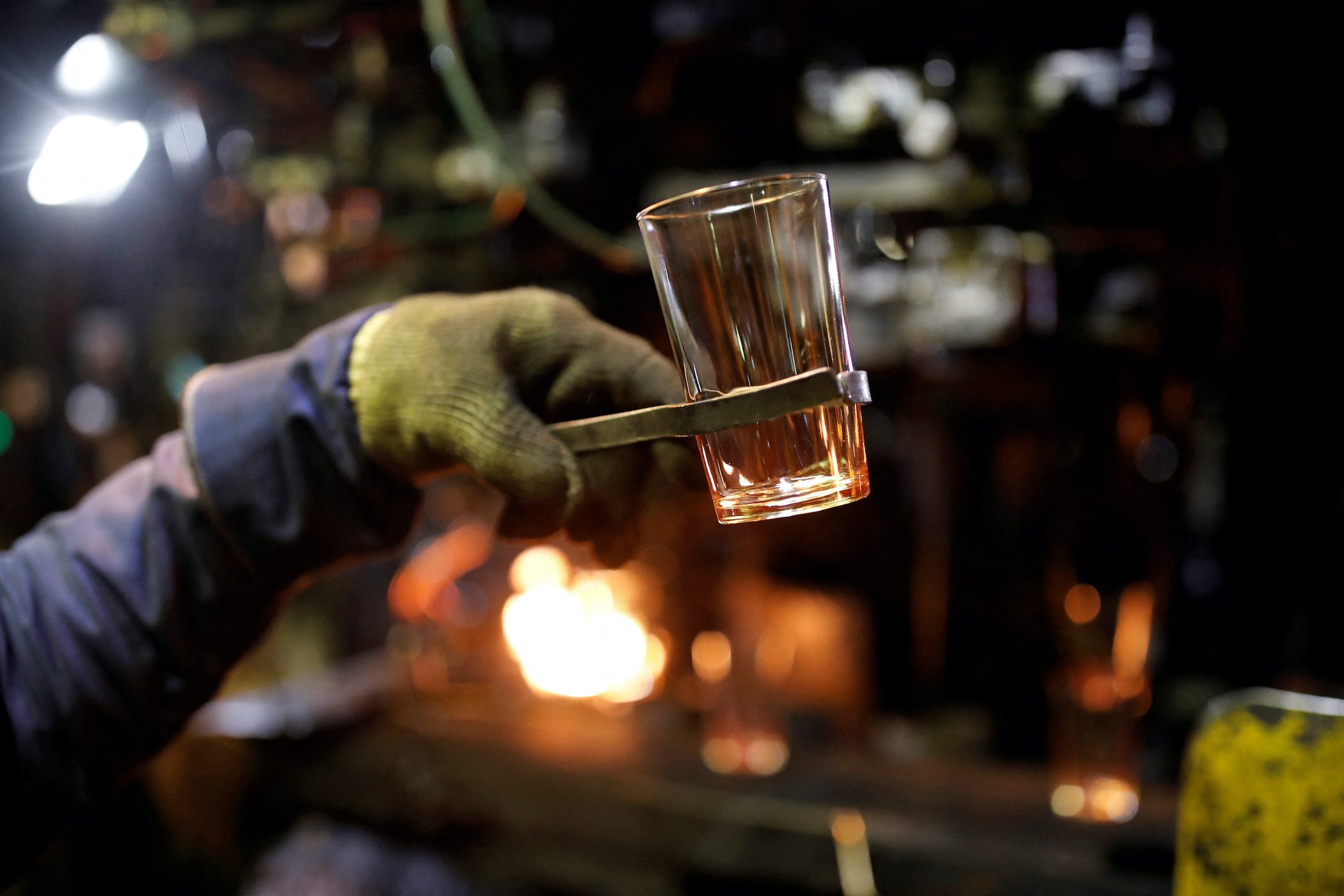 DURALEX. An employee holds a glass as he works at the Duralex International glass factory in La Chapelle-Saint-Mesmin, near Orleans, France, March 10, 2017.

Facebook Twitter Copy URL
Copied
Duralex, a 77-year-old household brand known in France and beyond for its glasses that rarely break, will suspend production starting November 2022

LA CHAPELLE-SAINT-MESMIN, France – French tableware maker Duralex, whose sturdy drinking glasses are ubiquitous in schools and corporate canteens, will stop production for at least four months over what its chief executive officer described as “brutal, crazy” gas and electricity costs.

Companies across Europe are scrambling to find ways to keep producing despite energy prices taken to record highs by the war in Ukraine. Sometimes the only solution is to stop, at least for a while.

This is what is happening to the 77-year-old household brand, known in France and beyond for its glasses that rarely break and that have a production number at the bottom, which schoolchildren joke is their age.

“Electricity prices for the last quarter and the beginning of next year would have been inexplicable, brutal, crazy prices which did not allow production to continue under normal conditions,” CEO Jose-Luis Llacuna told Reuters in the factory in central France.

“This is why we decided to put the oven on standby.”

The company, whose turnover was on the rise this year, has six months of stock and can continue to sell glass-made tableware and oven dishes in the meantime, he said.

But the cost of buying the energy Duralex needs for its oven to melt silica at 1,500°C (2,730°F) into glass would have doubled from October to November to impossible amounts, Llacuna said.

“From November, had we continued to produce, energy would have represented 40% of our turnover. It’s economically irrational, financially irrational,” he said.

“Continuing to produce under these conditions would have jeopardized the sustainability of the company.”

Production will stop in November and 250 staff put on furlough, even if the oven, put on standby, will not entirely stop – otherwise it would break down.

“We have already made energy acquisitions for the second and third quarters of 2023, at high but acceptable prices if we compare them with [year-end] prices,” Llacuna said.

Looking ahead, Duralex is looking for alternatives to gas for its oven, and will continue reducing its energy consumption, already down 20% from last year.

The company, which has an annual turnover of about 30 million euros ($29.99 million), usually paid about 3 million euros in energy costs per year.

But the price increase was particularly steep because Duralex could not strike long-term energy contracts when it was in talks to be bought by Pyrex brand owner International Cookware, finalized in early 2021, said the site’s manager, François Marciano. And it was then mistakenly told by traders to wait because prices would go down.

“This is not the first time that Duralex has experienced an episode like this. We’re confident that we’ll get there,” said 27-year-old Guillaume Bourbon, who has been working at Duralex for eight years and is in charge of production planning. – Rappler.com