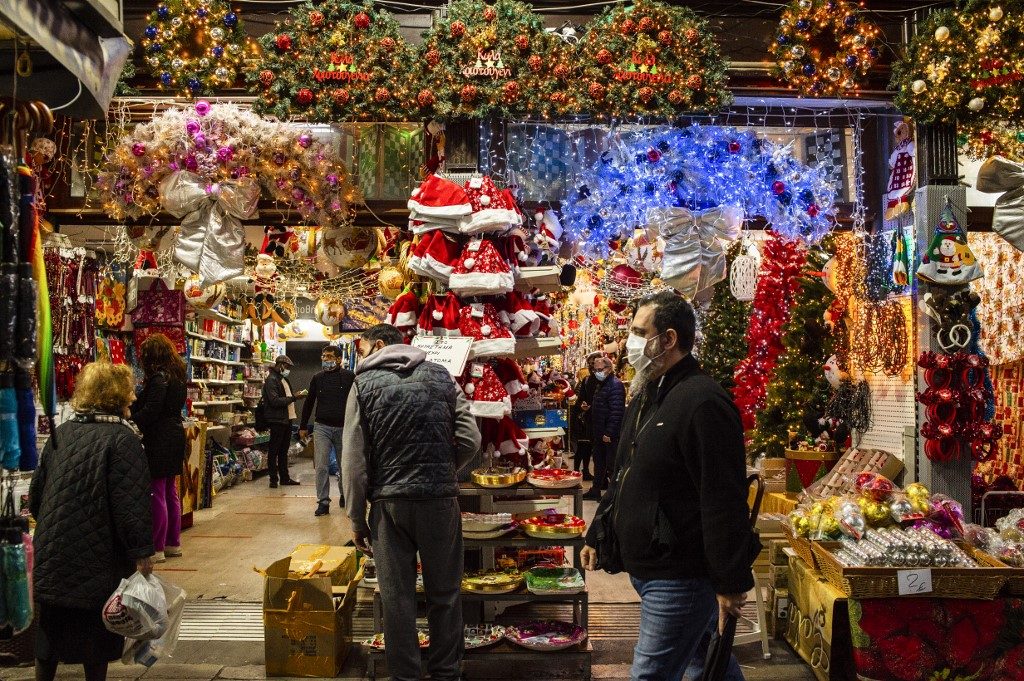 Greek lawmakers on Tuesday, December 15, approved a 2021 budget built around weaker forecasts for a rebound from the coronavirus pandemic, which also includes cash for buying new fighter jets from France.

Latest projections see the Greek economy slumping 10.5% this year, worse than the 8.2% predicted in October.

After weathering the first wave of the pandemic better than most European countries, Greece in early November resorted to a nationwide lockdown that has weighed on activity and is now expected to last until January 7.

The economy had returned to growth in the 3rd quarter, following a 14% quarter-on-quarter slump in April-June that was the worst in at least 25 years.

Greece faces “unprecedented circumstances, with uncertain facts and the end of the crisis unknown,” Prime Minister Kyriakos Mitsotakis told lawmakers before the vote.

But as inoculations get underway around the world, with the European Union expected to soon follow suit, he added that “the vaccine is the boundary between the end of the pandemic and the preface of the post-COVID era, and the budget is adapted to these conditions.”

Planning to spend 24 billion euros in 2020 and 7.5 billion next year to cushion the economy from the impact of the virus, Greece’s debt-to-gross domestic product ratio should climb to around 209% before falling back below 200%.

The massive outlays will see the country book deficits in its primary budget balance – which excludes debt servicing – in both years.

Alongside the pandemic, heightened tensions with Turkey over energy exploration in the eastern Mediterranean have prompted Greece to more than double defense spending, to 5.5 billion euros ($6.7 billion).

Included in the planned splurge on new equipment are 18 French Rafale fighter jets, which will cost 1.5 billion euros next year from a total of 2.5 billion.

Lawmakers are expected to approve the deal in the coming days, while French Defense Minister Florence Parly will sign the contract in Athens next week.

Pilots will begin training in France in early 2021, while the first 6 planes – used models – will arrive in Greece by July, defense ministry officials said. – Rappler.com