Hard landing: Lessors lose hope of getting Russian planes back 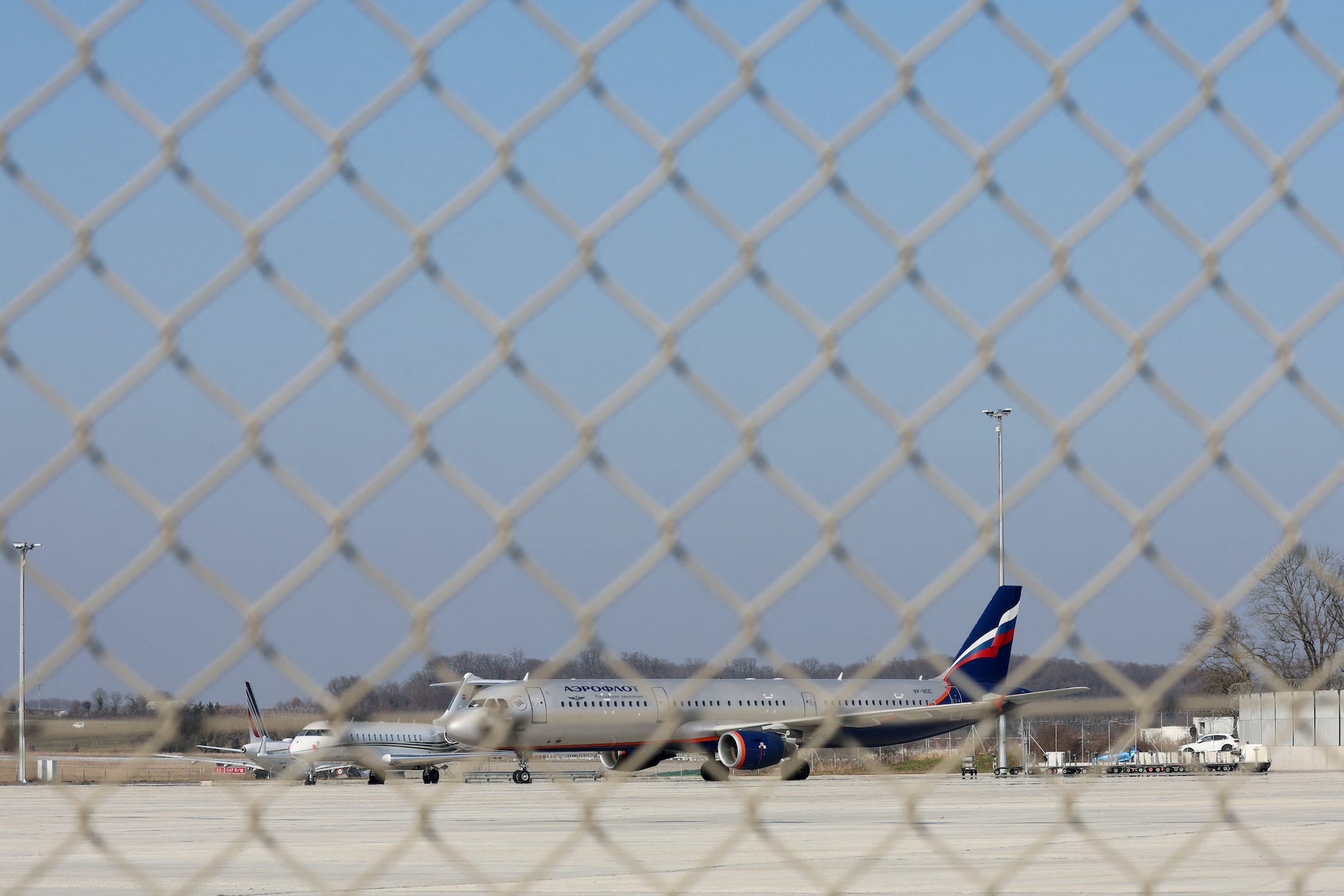 AEROFLOT. An Airbus A321-211 aircraft of Russian airline Aeroflot with registration VP-BOE is pictured at Cointrin Airport in Geneva, Switzerland, March 9, 2022.

As the clock runs down to the sanctions deadline on Monday, March 28, for Russian airlines to hand back more than 400 leased planes worth almost $10 billion, foreign lessors are fast losing hope that they will get their aircraft back.

Most of the planes are still flying Russian domestic routes, IBA consultancy says, although Bermuda and Ireland – where most are registered – have suspended airworthiness certificates which usually means they should be grounded.

Aviation was an early business casualty of Moscow’s invasion of Ukraine, as the West and Russia imposed tit-for-tat airspace bans. Now, lessors face big write-downs or a long insurance battle as the March 28 deadline looms for terminating plane leases under European Union sanctions.

“I’m afraid that we are going to witness the largest sort of theft of aircraft in the history of commercial civil aviation,” said Volodymyr Bilotkach, an associate professor of air transport management at Singapore Institute of Technology.

Dual registration is not allowed under international rules, but Russia has already moved more than half of the foreign-owned aircraft to its own registry after passing a law permitting this, Russia’s government said on Wednesday, March 23.

The government also said 78 planes leased to Russian carriers had been seized while abroad and would not fly back to Russia, Interfax news agency said on Tuesday, March 22.

Major aircraft lessor Avolon has terminated all its Russian airline leases and repossessed four of the 14 owned aircraft on lease with Russian airlines outside the country, a source familiar with the matter said on Friday, March 25.

It wasn’t clear if the four planes were part of the 78 reported by Moscow.

Although the planes are insured, the unprecedented nature and scale of the potential losses will likely mean years of litigation between lessors and insurers before any decisions on payouts are taken, analysts say.

And even if the planes are repossessed, the recoverable value would be in question because the aircraft must have accurate maintenance records to ensure they have been fitted with genuine, traceable components – another area targeted by Western sanctions on Russia.

Although the total value of the planes is huge, the impact on individual leasing firms may still be manageable even if write-downs are required as aircraft leased to Russian airlines account for less than 10% of most leasing firm portfolios.

“What it does do in my view is it changes the future market potential of Russia,” he said.

Some private airlines have indicated their willingness to hand back planes to the lessors, although it is unclear whether the Russian government will approve the transactions.

Russia’s UTair Airlines said on March 14 it would withdraw from service all nine of its leased Boeing 737 NGs, citing owner requirements, a move that could preserve longer-term relations after sanctions end.

Those planes have not flown since that announcement but remain in Russia, data from flight tracking website FlightRadar24 show.

In some cases, lessors have security deposits that could be forfeit and could help cover a portion of any losses – but still only a fraction of a plane’s value.

For example, a security deposit on narrowbody plane worth $20 million could be about $450,000, the equivalent of three months rent, Alton’s Dailey said.

Ratings agency KBRA said security deposits generally range from one to four months of rent, depending on the credit assessment of the airline leasing the plane.

Russian national carrier Aeroflot had been viewed as the best credit risk before the invasion, industry sources said, although that assessment no longer applies after Moscow’s move to register its planes in Russia.

A person at a Chinese lessor with exposure to Aeroflot said no security deposits had been taken from the airline and said insurance payouts appeared to be the only route to cover losses.

The lessor plans to begin insurance claims after the March 28 deadline has passed, said the person, who was not authorized to speak publicly about the matter.

A source at another Chinese lessor with exposure to Aeroflot said that, instead of taking a security deposit, it held US dollar letters of credit from Russian banks – but the source said they had no effective value now because of Russian currency controls imposed in response to financial sanctions.